While it might often seem like models are born with their enviable bodies – and manage to stay in shape with little effort – Kendall Jenner insists that’s not the case, previously revealing a tough 11-minute workout routine that she relies on to keep her physique in tip top condition.

But can the fashion star’s fitness routine give the average person a supermodel-esque physique?

Determined to find out, 28-year-old fitness YouTuber Jordan Shalhoub, from Los Angeles, put Kendall’s quick no-gym workout to the ultimate test in her own home in order to see whether it is really as tough as the reality star says.

Fitness: A fitness fanatic, (pictured), tried out Kendall Jenner’s 11-minute ab workout to see if it really works and if the average person can truly benefit from it 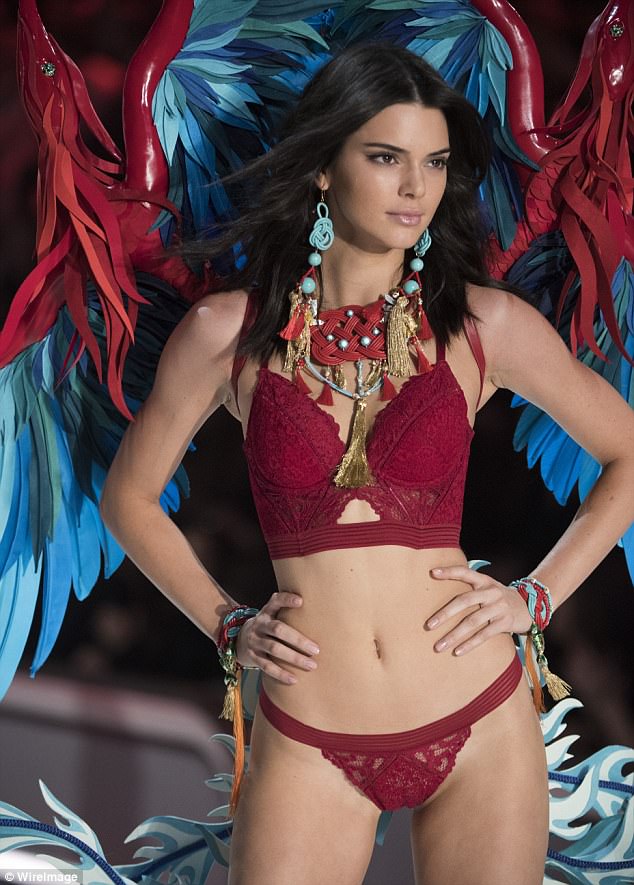 Supermodel: Kendall Jenner practices the workout when she is busy, on-the-go, can’t get to a gym, is traveling, or doesn’t want to leave her house

In a video shared recently with her 144,000 subscribers, Jordan shares a few quick thoughts about the workout routine, admitting that she was intrigued to see whether or not she would find the exercises tough – or whether they would end up being easy and, even worse, ineffective.

‘I am interested to see how this workout feels,’ she said, before diving right into the 13 different moves – which were all done on a yoga mat on the floor of her living room in her apartment.

‘I wanted to do this workout because I think a lot of people assume that models don’t have to put in a lot of work and I don’t think that’s true.

‘I think a lot of them work really hard,’ Jordan confessed in her video.

Then, five reps on each side of side plank elbow-to-knee crunches, which Jordan completed and then said, ‘Five doesn’t seem like very many, but there’s a lot of workout left to do so I’m not going to complain.’

After that, she continued with 15 seconds of hands plank with around-the-world arm and leg raises, and then in that same position, ten reps of alternating knee to elbow in forearm plank. 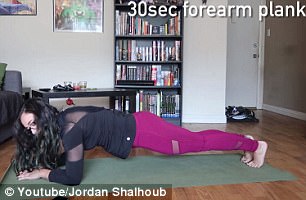 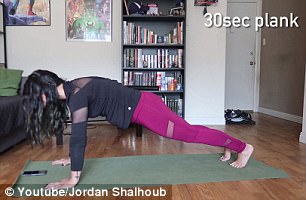 Steps: Jordan Shalhoub tried out Kendall’s routine which consists of 13 different moves with most positions being held for 30 seconds 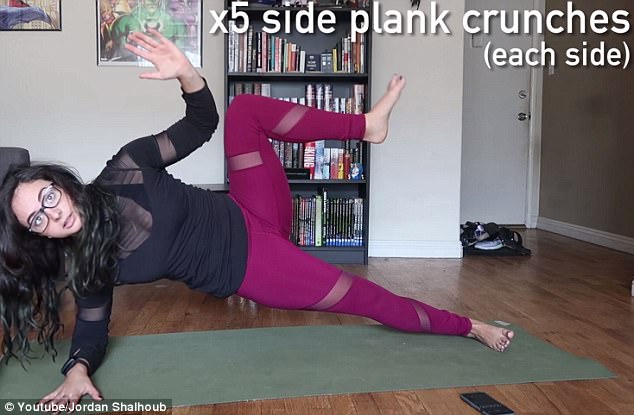 Planks: Jordan shared that she ‘loves the way they really utilized planks,’ as most of the routine consists of different plank positions

Worth it: The Boston fitness guru praised Kendall’s routine saying that it really does work and ‘If you need a quick ab workout, this is great’ 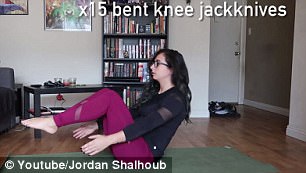 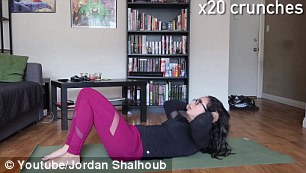 Easy: The 28-year-old fitness fan said overall she enjoyed the workout because of how convenient it is, ‘it only takes 11 minutes and it’s really easy to do at-home on your own’

Jordan paused in between positions and made sure to note, ‘Man I really love planks. I think people underestimate them.’

Continuing on to the next moves, she does 30 seconds of bicycle crunches followed by 30 seconds of raised toe touches, 15 seconds of rocking hands plank, and then 15 reps of bent-knee jackknives.

Jordan explains that Kendall calls the moves ‘jackknives,’ but she would just call them ‘tuck-ups.’

The final three moves of the routine are 15 reps of Russian twists, 20 reps of regular crunches, and finally, 15 reps per side of donkey kicks.

Although the 22-year-old supermodel doesn’t call the routine an ‘ab workout,’ Jordan said it’s basically focused on abs so she’s going to call it that.

As for how she thought the workout was overall, she said, ‘I liked it as far as quick, easy, at-home ab workouts go. I think that one was really good.

‘I love the way they really utilized planks. My abs are still on fire. That’s when you know it’s a good ab workout. When the burn just keeps going.’

3. Forearm side plank: 15 seconds per side

4. Side plank elbow-to-knee crunches: 5 reps per side 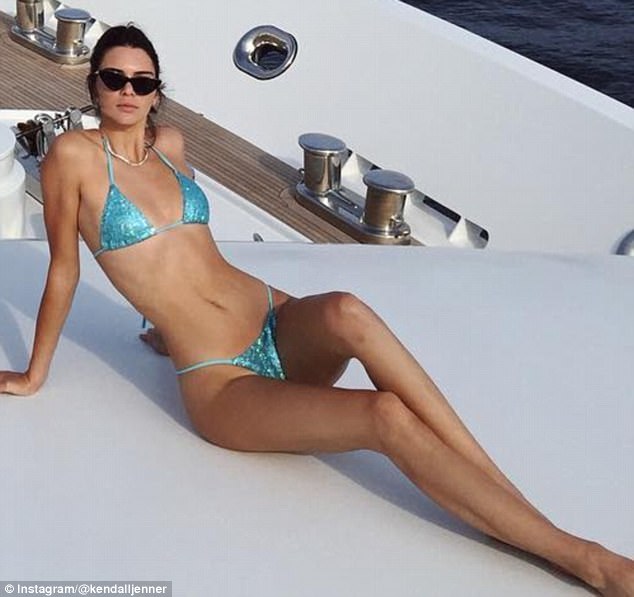 Extra: While Jordan admitted she wouldn’t recommend only doing this one single workout all the time, she did say that she thinks it’s ‘a great addition to any workout’ 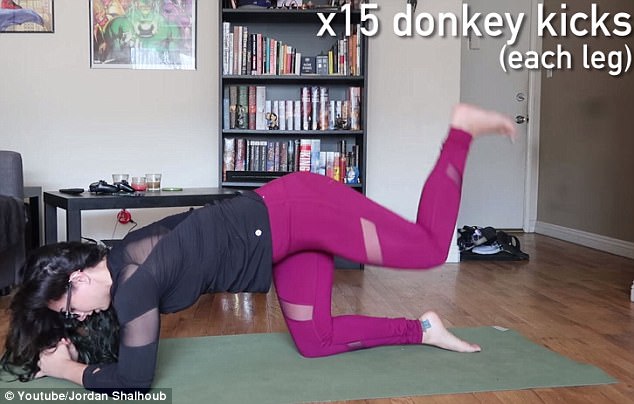 Feeling the burn: ‘My abs are still on fire, that’s when you know it’s a good ab workout, when the burn just keeps going,’ Jordan confessed after she completed the workout 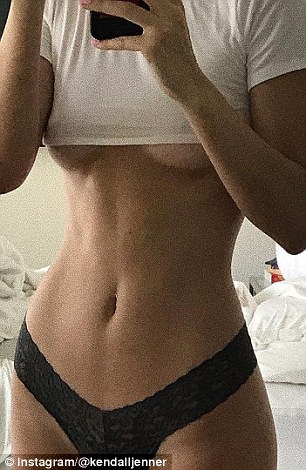 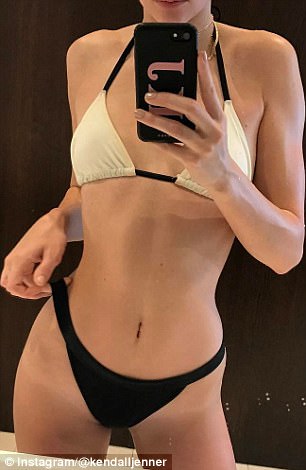 Hard work: Jordan explains why she wanted to try Kendall’s, (pictured), workout, ‘People assume that models don’t have to put in a lot of work,’ but ‘I think a lot of them work really hard’

While the routine is centered around the stomach and abs, you also benefit other body parts as well.

The fitness fan shared, ‘You’re going to get a little bit of shoulder work and a little bit of butt work with some of the movements, but majority is ab work, but it’s really good.

The reason why she liked it so much was the fact that it was convenient and efficient. ‘It only takes 11 minutes and it’s really easy to do at-home on your own, no big deal. So I thought this was a pretty decent workout for what it is.’

‘I wouldn’t say only do this ever. If you go to the gym or go on a run, whatever, and then you want to work on abs, I think this is a great addition to any workout.

‘Or it’s something if you don’t have a lot of time and want to get your body moving, this is a great option to do at home real quick,’ she continued.

So, as for Kendall’s workout giving a normal person the body of their dreams, it definitely could be possible and Jordan even said, ‘If you need a quick ab workout, this is great.’

Kendall’s 11-minute workout, which was originally posted on her app, is usually done when she’s busy, on the road, doesn’t want to leave the house, has no access to the gym or is unable to workout with her trainer Gunnar Peterson.