Tammy Hembrow has built a fitness empire thanks to her phenomenal physique.

But the Gold Coast-based mother of two, 26, insists she doesn’t let the number on the bathroom scales determine her happiness.

She told Yahoo! Lifestyle on Tuesday that scales don’t always accurately reflect a person’s weight, so they shouldn’t be taken as gospel.

She explained that scales ‘do tell the occasional fib’ – and a person’s weight can fluctuate through the day depending on various factors.

For example, someone can record a heavier weight if they’ve just eaten or haven’t been to the bathroom recently, or if they’re menstruating.

‘[The number on the scales] doesn’t determine how I feel – in fact it’s irrelevant,’ Tammy added. 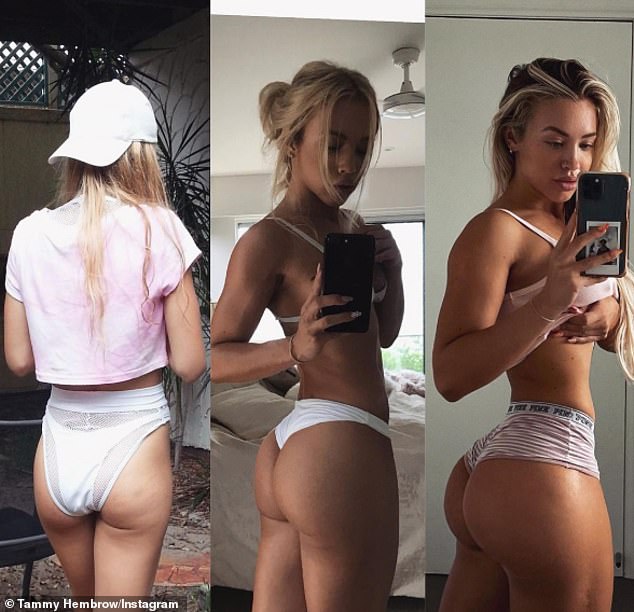 Changing shape: The mother-of-two documented her fitness journey ‘over the years’ in three photos where she posed in the skimpiest of briefs

‘So, if you have a number in your head, especially when you finally reach a target weight, dismiss it now!’

It comes after Tammy silenced naysayers on Thursday, shutting down rumours she underwent a Brazilian butt lift to achieve her famously toned derrière.

She proved her curves were ‘built, not bought’ by documented her fitness journey ‘over the years’ in before-and-after photos on Instagram. 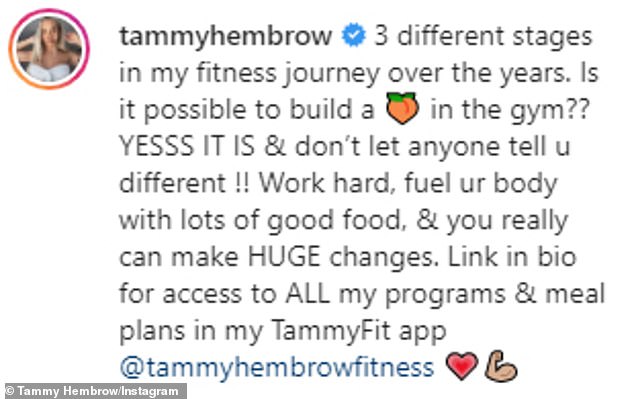 Encouragement: Tammy told her fans that it’s definitely possible to build muscle by training hard in the gym and eating well

Posing in skimpy briefs in a trio of images, Tammy told fans it was definitely possible to build muscle by training hard in the gym and eating well.

‘Three different stages in my fitness journey over the years. Is it possible to build a booty in the gym? Yes it is, and don’t let anyone tell you different!’ she wrote.

‘Work hard, fuel your body with lots of good food, and you really can make HUGE changes,’ she added, tagging her health and fitness app. 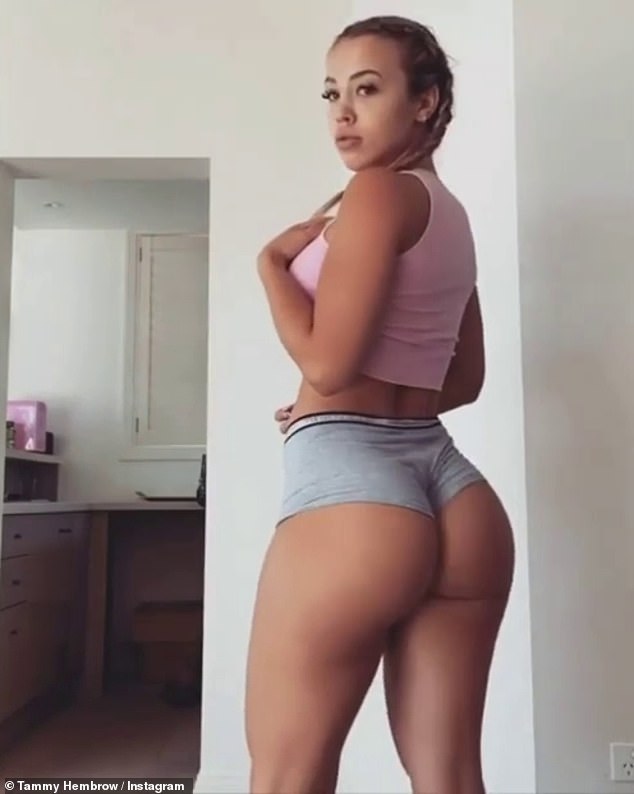 Natural: The Gold Coast-based beauty has long denied rumours she underwent a Brazilian butt lift to achieve her shapely and toned derrière

The blonde bombshell has previously said she ‘hates’ it when people falsely accuse her of having undergone a Brazilian butt lift.

She admitted during an interview with Studio 10 in December 2019: ‘I hate when people accuse me of doing that.

‘I take such offence to it because I worked so hard and it makes me annoyed.’ 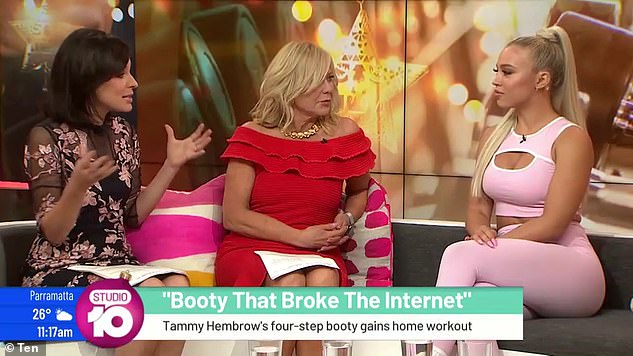 Vocal: Tammy said during an interview with Studio 10 in December 2019, ‘I take such offence to it because I worked so hard and it makes me annoyed.’ Pictured with (now former) Studio 10 hosts Natarsha Belling and Kerri-Anne Kennerley