Raymundo ‘Ray’ Diaz, 33, was arrested on Friday on a sexual assault charge

An Instagram star who gained fame for fitness videos has been arrested and charged with sexual assault after his own social media posts drew police scrutiny.

Raymundo ‘Ray’ Diaz, 33, was arrested early on Friday in San Diego and charged with sexual assault in Los Angeles after an investigation by the LAPD Robbery-Homicide Division’s Special Assault Section.

Rumors of impropriety had swirled around the fitness buff, who falsely claimed to be in his late 20s, since last year, when he posted an Instagram video of himself kissing a teen model who has said she was 16 at the time.

The age of consent in California is 18.

Matters came to a head last week, when the teen, now 17, ran away from her home, and her mother posted desperate appeals online for her return, and accusing Diaz of abuse and involvement in the girl’s disappearance. 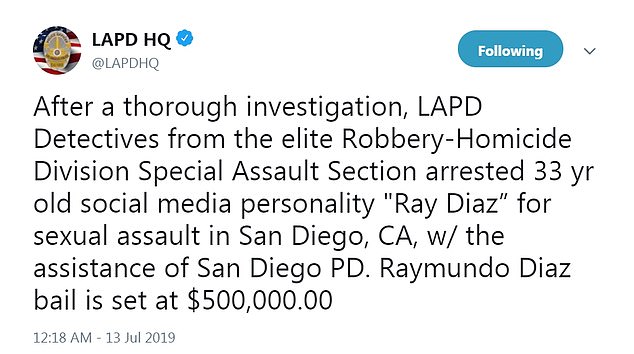 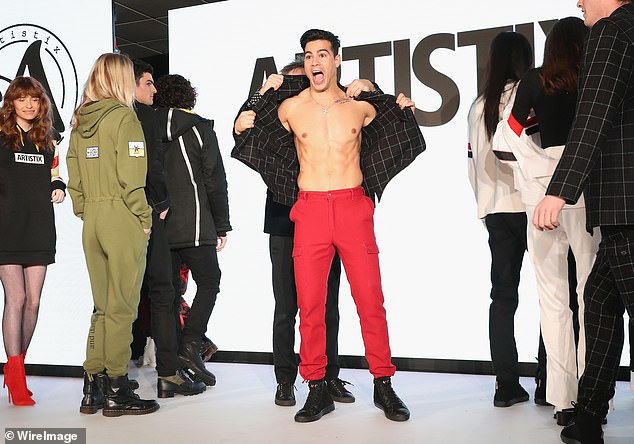 Diaz (seen in a fashion show last year) had allegedly begun dating a 16-year-old last year. Matters came to a head when the girl ran away from home last week

One horrifying video clip posted by the girl’s mother appears to be a covert audio recording of Diaz screaming and cursing at the teen in a car as she sobs.

While still missing, the teen took to social media to claim that the audio clip released by her mother was voice acting practice – a claim she later recanted and said that Diaz had pressured her into making.

Police launched a search for the missing girl, and conducted a thorough search of Diaz’s home, but did not find her.

As online criticism mounted, Diaz posted a video defending himself, saying he had nothing to do with the teen’s disappearance and claiming that the police search had cleared him. 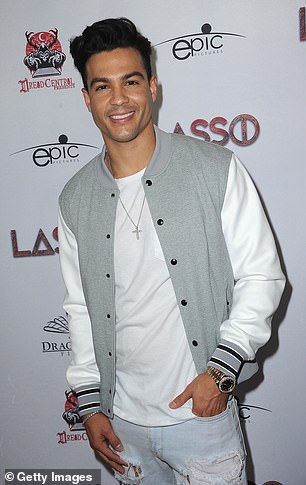 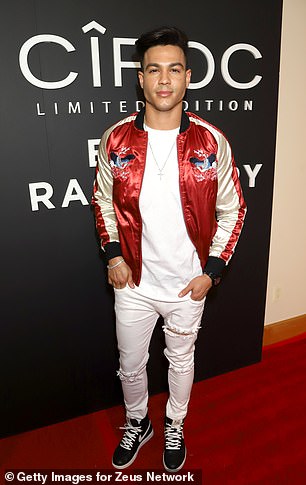 Diaz (left and right) defended himself in a video saying he wasn’t romantically involved with the girl and a police search cleared him. But the teen later claimed she had been hiding in a hole cut in his box springs even as police searched his home for her

However days later, after she was safely returned to her mother’s home, the teen said she had in fact been with Diaz when she ran away.

She claimed in an emotional interview that Diaz had hidden her in a hastily cut hole in his box springs, under his mattress, as police searched his home.

‘I was like squished and I had to not make a sound basically, and I heard the cops come in searching for me, and obviously they couldn’t find me,’ the girl told DramaAlert, a YouTube news channel about social media influencers.

Soon after the interview was published, the LAPD announced that it was investigating the claims, without naming Diaz.

‘The LAPD is aware of several social media posts related to a social media personality, alleging physical abuse and sexual relations with a minor,’ the department said late on Thursday. 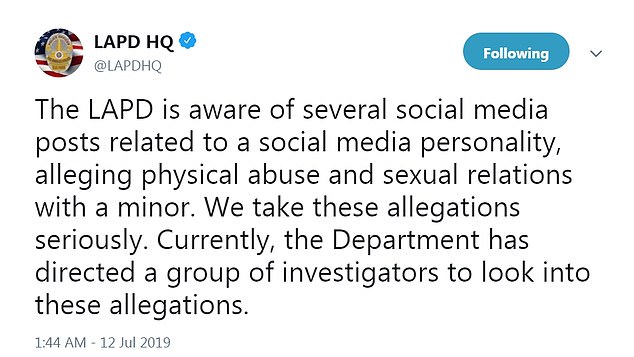 Diaz was arrested in San Diego at around 5am on Friday and transported back to Los Angeles for booking.

Booking records show that he is being held by the LAPD Jail Division in lieu of a $500,000 bond.

Diaz’s Instagram account, which has 3.1million followers, has been set to private. It was unclear whether he had an attorney to speak on his behalf.

‘I hope and pray that something does happen here, that he does get put away because I don’t want this to happen to any other girl,’ the teen alleged victim said in the interview prior to Diaz’s arrest.

‘I was so manipulated and brainwashed, I don’t want this to happen to any other girl.’