Some ‘male sexual enhancement pills’ that are sold online on retailers like Amazon are being recalled for being tainted with an erectile dysfunction drug.

Samples of each were found to have been tainted with tadalafil, an FDA erectile dysfunction drug. The drug has not been approved for over the counter use, though, spurring the regulatory agency to issue a recall.

The drugs have since been removed from online retail websites like Amazon, eBay and Walmart. It is unclear whether more recalls are too come.

The Red Pill (pictured), produced by Your Favorite Shop, is one of the five drugs being recalled by the FDA for potential tadalafil contamination 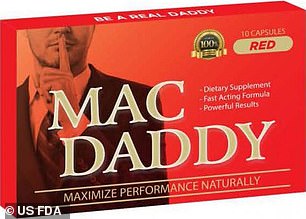 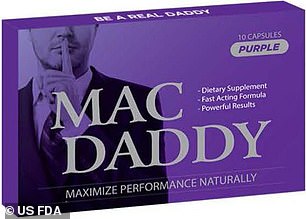 The FDA warns that a person suffering from diabetes, high-blood pressure or heart disease could be at risk if they unknowingly use tadalafil.

Many people who suffer from these conditions take daily drugs that lower their blood pressure. Tadalafil lowers a person’s blood pressure even further, which can be dangerous.

Erectile dysfunction drugs like Cialis that contain tadalafil as an active ingredient are not recommended for people who suffer those conditions.

The FDA reports that it became aware of the cross contamination after it was notified by an Amazon laboratory.

Amazon’s testing came after the FDA issued a warning of potential contamination to online retailers who distribute these pills in December.

These types of drugs claim to flow more blood into the penis when a man is sexually aroused in order to increase the duration and strength of his erection.

Your Favorite Shop, a New Jersey-based company, voluntarily recalled The Red Pill after being notified of the contamination by the FDA.

No adverse effects related to tadalafil have been reported to the company among users of its product.

ABC Sales 1, a New York-based company, produces the Mac Daddy product line, and the contamination applies specifically to the lot of pills that expires of March 30, 2024 and have a lot number of either 1230004 or 1230005.

The company does not report hearing of any adverse events related to the contamination, per an FDA release.

Red Mammoth is manufactured by Celebrate Today, also a New York-based company. Packages with the lot number DK1027 are included in the recall.

CBS News reports that a number to report adverse events to the company was disconnected. 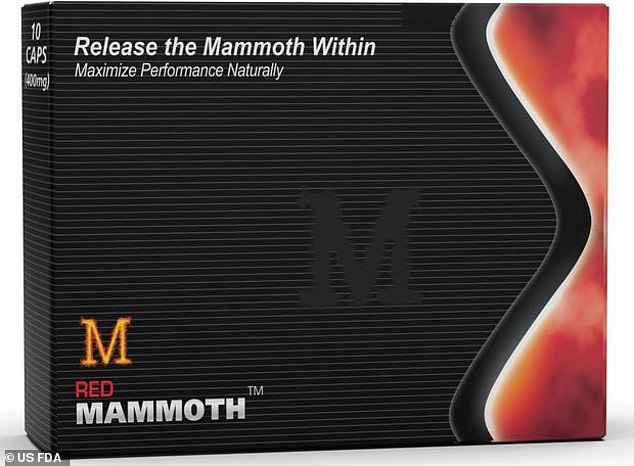 Red Mammoth, manufactured by Celebrate Today, is among the pills recalled by the FDA 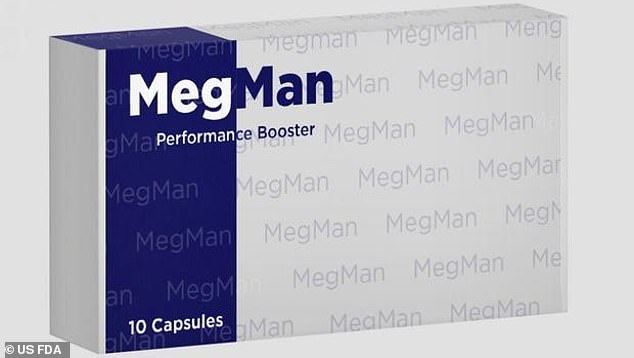 MegMan, which is manufactured by Junp, was also included in recent FDA recalls

A fourth company from New York, Junp, produces MegMan, which has recalled drugs with the lot number of 2010291.

The FDA has long warned against using these drugs in general, and does not offer these kinds of over-the-counter medication approval for use.

They are still allowed to be distributed, though, as long as they do not contain any drugs the agency deems as having enough potential danger that it can only be distributed via prescription.

‘FDA has identified an emerging trend where over-the-counter products, frequently represented as dietary supplements, contain hidden active ingredients that could be harmful,’ the agency wrote in a notice published December.

‘These deceptive products can harm you! Hidden ingredients are increasingly becoming a problem in products promoted for sexual enhancement.’