Five foreign criminals a day are freed on to UK streets

Five foreign criminals a day are being freed on to Britain’s streets instead of being booted out of the country, figures reveal.

Some 1,885 offenders – including sex attackers, killers, robbers and drug dealers – were released in the year to June after finishing their sentences.

The figure is up 10 per cent on the previous year, raising concerns that ministers are failing to get a grip on the problem.

Guidelines say that criminals who have completed their sentences should be detained only if deporting them is a realistic prospect.

In reality thousands are released to be ‘managed in the community’ – and are then at risk of absconding and potentially putting the public in danger.

In total, 5,728 foreign-born criminals due to be deported are living in Britain. Nearly a third – 1,870 – have been loose for more than five years. A further 2,246 have dodged being booted out for more than 12 months but have yet to reach the five-year mark.

Of the 484 offenders freed between April and June alone, only two were deported. Another eight were given permission to stay.

The rest were challenging their deportation orders, many using controversial human rights or asylum laws, while others did not have travel documents and could not be removed immediately.

The figures come after the Mail revealed how the authorities missed six chances to kick an illegal immigrant out of Britain before he murdered a carer.

Hani Khalaf, 22, bludgeoned 62-year-old Jairo Medina to death for his mobile phone and a few pounds. The Egyptian national was free to live in the UK despite falsely claiming to be a Syrian refugee when he arrived in Kent hidden in a lorry.

The killer had previously been arrested at least six times for theft and fraud, but was released rather than deported as he repeatedly lied about his identity.

Judge Wendy Joseph QC said he was sent back into the community time and again and Mr Medina paid for it ‘with his life’. 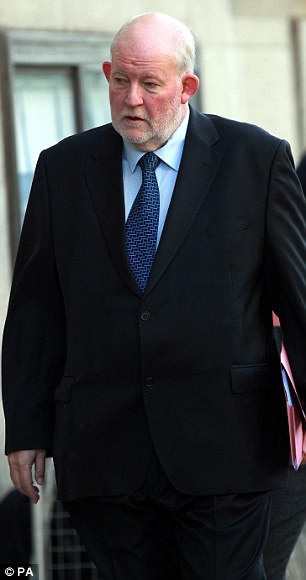 Critics were scathing about the lack of progress since 2006 when Charles Clarke, then the Labour Home Secretary, was forced to resign over the failure to boot out 1,000 foreign criminals

She said: ‘If anyone thinks it right to review it they should have an opportunity to see what the consequences were in this case.’

Liberal Democrat MP Alistair Carmichael said of the data on foreign criminals: ‘These figures show that the Home Office is a shambles, and this is Theresa May’s legacy from her time as Home Secretary.

‘The rules are in place to remove foreign criminals once they have completed their sentences but this is incompetence on the part of the Government not to ensure they are removed.

‘The Home Secretary needs to explain how, of the 484 offenders released between April and June, only two were deported.

‘Ministers keep telling us that they want to “take back control”, but this just shows that this Government couldn’t take proper control of a fish and chip shop, let alone a country.’

David Spencer, research director of the Centre for Crime Prevention think-tank, said: ‘There is simply no excuse for putting the British public at risk like this. Until they can be deported, foreign nationals who have committed criminal offences must be locked up, either in prison or an immigration centre.

‘It would be interesting to see how many of those set loose have gone on to commit further offences. This is something the Government urgently needs to get to grips with and hopefully Brexit will finally afford them the powers to do so.’

Critics were scathing about the lack of progress since 2006 when Charles Clarke, then the Labour Home Secretary, was forced to resign over the failure to boot out 1,000 foreign criminals.

The latest figures show that there were 9,756 foreign inmates in England and Wales – around one in nine of the total prison population.

A spokesman said: ‘Those with no right to be in the UK should return home. We expect people to leave the country voluntarily but where they do not, we will seek to enforce their departure.

‘However, not all foreign national offenders can be deported before leaving custody and some are managed in the community whilst we clear legal barriers, secure documentation or overcome other obstacles to returning them.’