Just when you thought it was safe to go back in the water, at least three great white sharks are thought to be lurking in waters off New York-area beaches with another two thought to be heading in that direction.

According to the Ocearch online shark tracker, the most recent sightings include Caroline at 12ft 9in and 1,348lbs, who was located between Seaside Heights and Barnegat Light, along the New Jersey Shore on July 1; Caper at 8ft weighing 348lbs; and Cabot who measures 9 feet and weight 533lbs.

The pair’s electronic tags were heard pinging off the Hamptons coastline on June 4 and June 8th. 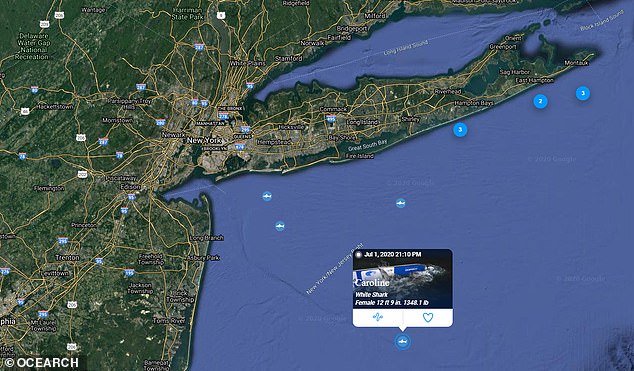 Another new apex predator to the area is Vimy, at 1,164lb and 13ft long. He was tracked in a deep part of the ocean off the Delaware coast.

A great white known as Mary Lee used to be tracked between 2012 and 2017 but her five-year tracker battery has since stopped working but it is believed that she is still alive and swimming.

Great whites can have more than 3,000 serrated teeth each of up to 6 inches in length.

The concern over the presence of sharks was heightened after a 7ft long fish washed up on Rockaway Beach on July 1st, although that was only a thresher according to the New York Post and harmless to the water-going public. 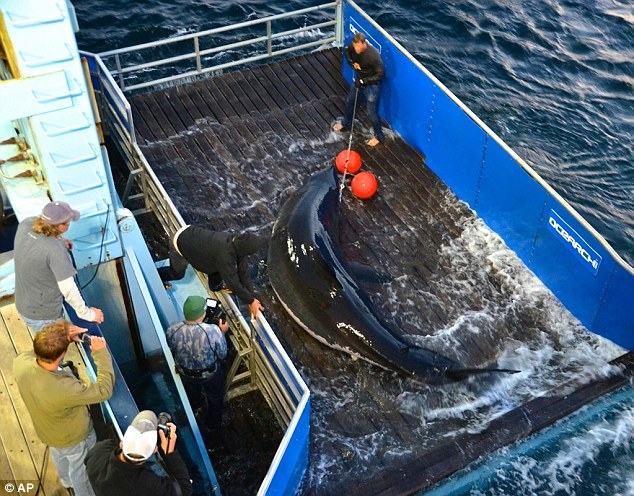 Mary Lee, pictured, is thought to also be on her way back to the area. This image was taken when researchers initially tagged the shark off Cape Cod, Massachusetts in 2012 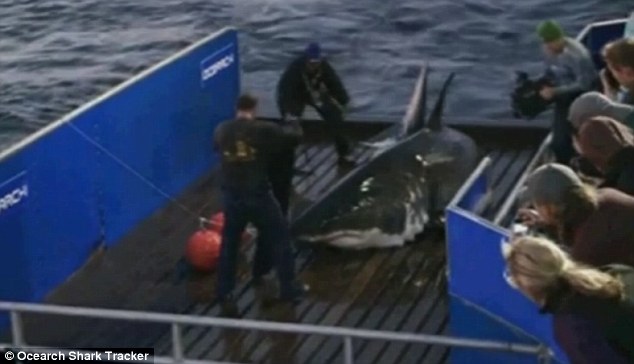 The 3,500lb great white shark is thought to have headed north after spending weeks in the waters off Florida and the Bahamas

‘The drive to the beach is much riskier than swimming with sharks in the water,’ said Paul Sieswerda, head of Gotham Whale, a New York research organization  in an attempt to reassure beachgoers.

Chris Fischer, who founded the Ocearch shark tracker, said that he would expect an increase in shark numbers especially if seals start to reside in the area which would provide an abundant food source. However, he believes having five great whites in the area is ‘no more than normal.’

While these new details of the movements of the shark can seem scary to some, Fischer says beach-goers need not see their presence as a bad omen.

‘People should not be terrified of an ocean that’s full of sharks. They keep everything in balance,’ Fischer said.

‘So, if we want to make sure that our great grandchildren can eat fish sandwiches, we need lots of big sharks.’

Fischer is also urging those hoping to swim to go ahead with their plans, and reassures their chances of being bitten by a shark are very slim. 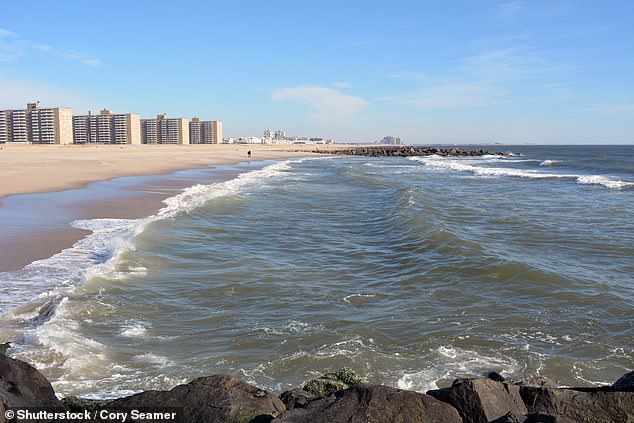