Five keto diet myths that you need to ignore

Kim Kardashian is a fan of the keto diet

It’s been around for many years, but interest in the Keto diet has surged in recent months.

The controversial diet is said to put the body into an ‘optimal’ fat burning state because it is low in carbohydrates.

However, there’s still a lot of confusion about the trend.

Women’s Health spoke to the experts to set the record straight – so you can weigh up if it’s the right plan for you and if so get the most out of it. 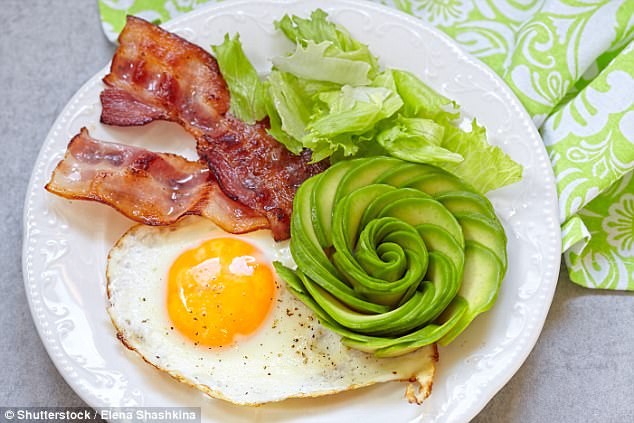 The Keto diet even without exercise is healthier for weight control and for diabetics, new research suggests (stock image)

Myth 1: The Keto diet is high in protein

The idea that Keto requires high-protein is the biggest and most dangerous fallacies around, Kelly Roehl researcher and dietitian at Rush University, Chicago, Illinois, who counsels patients on the diet, told Women’s Health.

In order to stay in ketosis and out of dangerous ketoacidosis, you must reduce rather than increase protein intake she said.

Consuming too much protein can cause the breakdown of the amino acids to lead to too many ketones being produced.

Someone who is following the diet strictly and already has elevated levels of ketones in their bloodstream can plunge their body into ketoacidosis. Furthermore, the body can be taken out of ketosis if we have too much protein.

For the average woman on a 2,000-calorie eating plan that equates to around 30 to 40 grams of protein per day.

WHAT IS THE KETOGENIC DIET AND HOW DOES IT BURN FAT?

A ketogenic diet is a low-carb diet, where the body produces ketones in the liver to be used as energy.

It’s also known as a low-carb high-fat (LCHF) plan and the most famous include Paleo and Atkins.

Meat, fish, poultry and eggs are all allowed, as are non-starchy vegetables and leafy greens. Dairy, organic, full-fat is recommended for keto diets.

It involves limiting added sugars and white, refined carbs and only a small amount of fruit is allowed. 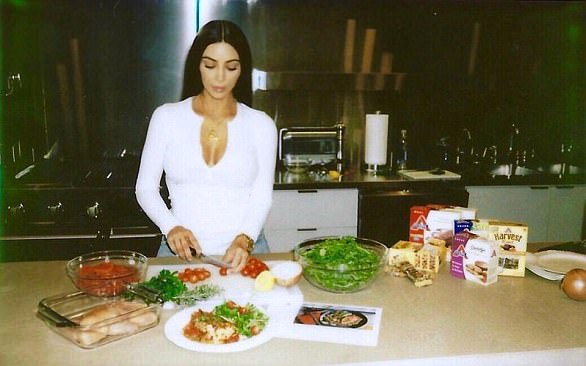 Eating high carbs causes your body to produce glucose and insulin. Glucose is the easiest for your body to convert and use as energy so that it will be chosen over any other energy source, it is believed.

Insulin is produced to process the glucose in your bloodstream by taking it around the body. Since the glucose is being used as a primary energy, your fats are not needed and are therefore stored.

By lowering carb intake, the body is induced into a state known as ketosis, a natural process that helps us survive when food intake is low.

This makes us produce ketones, which are produced from the breakdown of fats in the liver.

The goal of the keto diet is to force your body into this metabolic state – essentially it’s a type of starvation but not of calories but carbohydrates.

However, experts say low-carb diets bring heart and cancer risks from eating too much fat and protein.

Myth 2: You can eat any type of fat

The Keto diet is often thought of as a free pass to fill up on fat – such as bacon, sausages and ham.

But experts warn that it doesn’t give you the green light to fill up on saturated sources.

A study published in the Journal of the American College of Nutrition found replacing saturated fat with unsaturated fat – such as walnuts, flax seed, and oily fish – is more effective in lowering risk of cardiovascular disease than simply reducing total fat consumption.

Meanwhile, research has repeatedly linked consuming processed meats such as bacon with a raised risk of various cancers.

‘Optimize your ketogenic lifestyle by putting a Mediterranean flair on it,’ said Ms Roehl. ‘Focus on getting the bulk of your fat from high-quality extra virgin olive oil, nuts and seeds, and fatty fish.’ 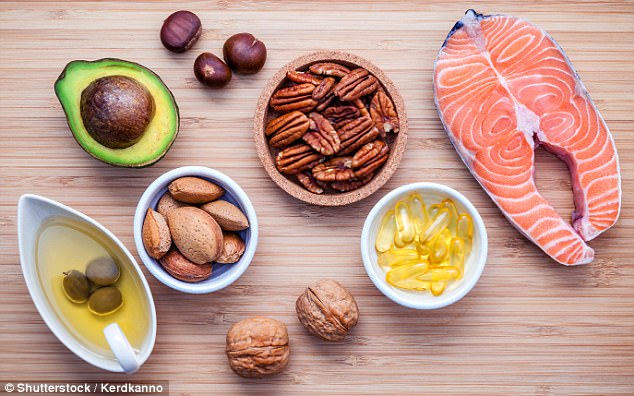 Ms Roehl recommends filling up on high-quality extra virgin olive oil, nuts and seeds, and fatty fish instead of saturated fatty foods such as bacon and sausages (stock image)

Myth 3: The brain can function optimally without carbs

When you’re following keto, you can’t expect your brain to work its best, warn the experts. That’s because it is literally screaming for glucose, its preferred source of energy.

The brain requires approximately 100g of carbs every day to function optimally, according to Louise Burke, head of the department of sports nutrition at the Australian Institue of Sport. Keto diets are typically as low as 50 grams.

Dieters may experience lack of concentration or irritability – the feeling commonly called ‘hangry’.

However, the good news is it will pass once your body has adapted to its new fat-burning state. The bad news is this can take weeks to months to finally happen, according to Mr White.

Myth 4:  The diet is a long-term solution

It is claimed that a very low carb diet should not be maintained long-term because of the risk of muscle mass loss.

Experts believe that if you have no excess glycogen stored in your body, then your body will metabolize muscle tissue as a last resort to meet your basic energy needs.

Decreases in lean muscle mass is also known to result in declines in metabolic rate – meaning that you would burn fewer overall calories.

Researchers from Bethel University in Minnesota studied 30 people who have or type 2 diabetes or were at risk of developing it.

They found that that those following the low-carb plan advocated by the diet saw the most health benefits compared to those on a typical diet, whether the latter carried out physical activity or not.

Additionally, their resting metabolic rate – the rate at which your body burns energy when it is at complete rest – was more than ten times than those who ate a standard diet.

The findings were published in the journal Diabetes and Metabolic Syndrome.

It is believed that the diet can be beneficial for quick weight loss, but most experts advise it is followed for no more than a few weeks at a time.

Dr Marcelo Campos, a lecturer at Harvard Medical School, wrote in a blog: ‘A ketogenic diet could be an interesting alternative to treat certain conditions, and may accelerate weight loss.

‘But it is hard to follow and it can be heavy on red meat and other fatty, processed, and salty foods that are notoriously unhealthy.

‘We also do not know much about its long-term effects, probably because it’s so hard to stick with that people can’t eat this way for a long time.’

However, research is contradictory. A study by Kuwait University published in the journal Experimental & Clinical Cardiology in 2004 investigated the effects of the diet over 24 weeks.

It found that it significantly reduced the body weight and body mass index of patients as well as decreased their blood sugar levels and LDL (bad) cholesterol.

The researchers even noted that ‘it is safe to use a ketogenic diet for a longer period of time than previously demonstrated’.

Myth 5: Ketosis and ketoacidosis are the same thing

Getting your body to go into ketosis – fat burning mode when the body does not have enough glucose for energy and burns stored fats instead – can only happen once your body is producing ketones.

But this should not to be confused with ketoacidosis, according to registered dietitian Jim White, owner of Jim White Fitness and Nutrition Studios in Virginia Beach.

In fact ketoacidosis is a life-threatening condition, most often seen in people with diabetes, when the body starts to run out of insulin and a dangerous amount of ketones build up in the body.

According to NHS Choices, signs of include needing to pee more than usual, feeling very thirsty, being sick, tummy pain, confusion, passing out and breath that smells fruity (like pear drop sweets or nail varnish).