By Andrea Blanco For Dailymail.Com and Associated Press

Five men and a woman were found dead from gunshot wounds in a Milwaukee home on Sunday, officials said.

Milwaukee Police responded around 3.45pm Sunday to assist with a welfare check at the residence on the 2500 block of North 21st Street in the Park West district.

Four men and one woman were initially found dead, Milwaukee Assistant Police Chief Paul Formolo said during a news conference. A fifth man’s remains were later discovered inside the same property. Their identities have not been confirmed.

Authorities said no arrests have been made. They added there is no reason to believe there is a threat for the community, but declined to say whether the massacre was the result of a murder-suicide, and whether the suspected shooter is among the dead.

The motive and information regarding any suspects was not immediately known, Formolo said. Officers are pleading for help from the public. 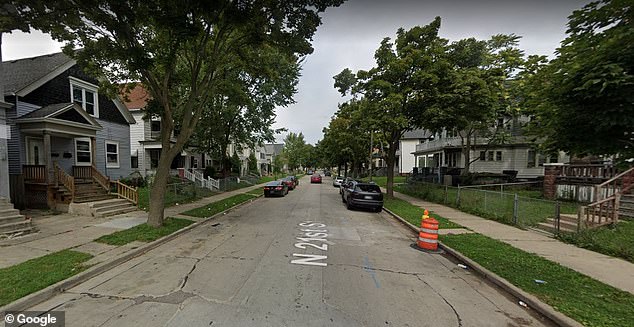 ‘Citizens of our community had concerns with the occupants that resided there,’ Formolo said during the press conference. ‘It’s a normal call for us to respond to. We do it all the time.’

But when they checked the residence, officers found the bodies of the victims.

‘The murders discovered today on a residential block in the heart of our city are horrific,’ Acting Milwaukee Mayor Cavalier Johnson said in a statement Sunday night.

‘First, I offer my condolences to the families and friends of the victims. Whatever the circumstances, we must share the grief of those who have lost loved ones.’

‘It is important not to feel numbed by the ongoing violence in our community,’ the statement continued.

‘A horrible crime has again occurred, and it is not a movie or a fictional account. These victims died in our city, in one of our neighborhoods.’

‘We can never accept murderous violence as routine, and we must together recommit ourselves to our shared responsibility to find solutions and make our city safer,’ Johnson concluded. 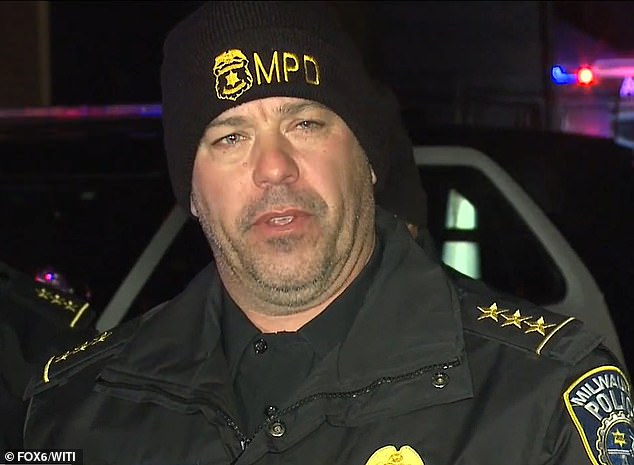 The motive and information regarding any suspects was not immediately known

Autopsies will be performed Monday, the medical examiner’s office said. Milwaukee experienced a weekend of violence, with more than eight homicides reported. Above, police at the scene of the multiple homicide

The city’s director of the office of violence prevention also decried the incident following a year in which Milwaukee experienced a record 197 homicides in 2021.

Autopsies will be performed Monday, the medical examiner’s office said.

‘We are tired of seeing people’s lives snuffed out too soon in preventable situations,’ Director Arnitta Holliman told the news conference.

‘This is ridiculous. I’m sorry, I don’t know a better word to say. The community is tired…This is absolutely preventable. Any of the gun violence that we’re seeing is preventable. And we cannot continue this same trajectory that we’ve seen for the last two years,’ Holliman added.

Milwaukee experienced a weekend of violence, with more than eight homicides reported.

Police is asking anyone with information about the killings to call Crime Stoppers at 414-224-TIPS or the Milwaukee Police Department at 414-935-7360.