Five men in Iran could have their fingers amputated as a punishment for stealing under the country’s brutal Islamic penal code.

Behnam Sina and four others were found guilty of breaking into 22 homes across Tehran, the capital city.

The men are being held at Branch Ten of the Criminal Court of Tehran and have contested the charges, admitting to only a few of the burglaries.

Five men could have their fingers amputated as a punishment for stealing from 22 homes in Tehran (file image, a man has his hand placed into a machine that Iran uses to amputate fingers) 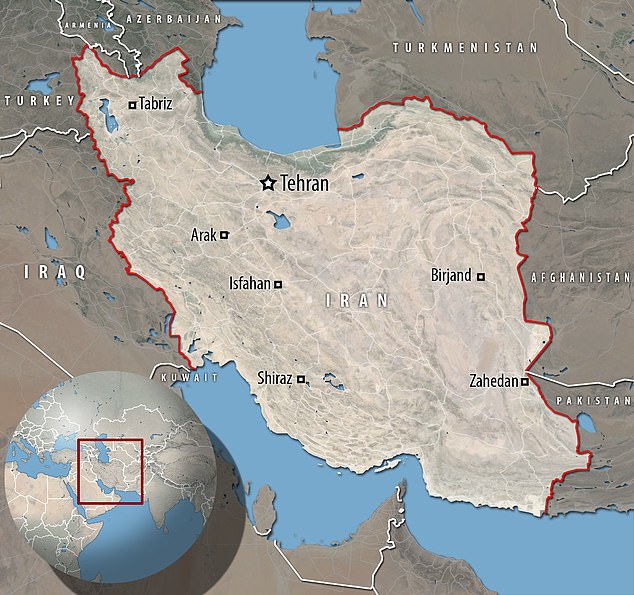 But under Iran’s Islamic Penal Code, amputation of limbs is considered a suitable punishment for theft.

Of the 22 households burgled, eight were present during the court hearing.

Six of the households demanded the return of their stolen property and called for the amputation of the thieves’ fingers if the property could not be returned.

At least one other victim might seek amputation as punishment in place of the return of their stolen money and gold.

The final decision on sentencing has yet to be made by the Tehran court.

The Iranian embassy in London has been approached for comment.

The case, reported by Persian news channel Iran International TV, is not the first of its kind.

International Observatory of Human Rights has recorded at least 129 cases of people having their fingers amputated in Iran over the past 20 years.

Amnesty International has condemned the practice of amputation of limbs in Iran, calling it ‘judicially-sanctioned torture’. 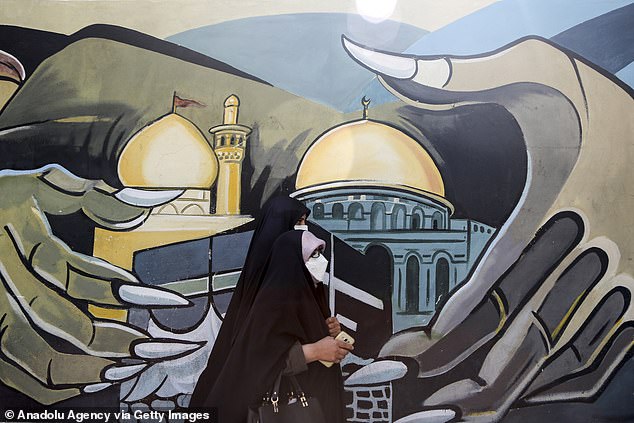 Women in Iran walk past a mural wearing face masks during the COVID-19 epidemic, which has seen a rise in unemployment and inflation

‘Human rights organisations have repeatedly condemned Iran for conducting these amputations and have described it as torture.

‘However, Iranian authorities usually reply by justifying amputations on religious or cultural grounds.’

Theft is on the rise in Iran as unemployment and inflation have grown due to the regime’s poor management of the economy and due to the impact of the COVID-19 pandemic.

Saba added: ‘Iran has become poorer because of the way that the government is running the economy and there are millions of people who have become poorer.

‘Many people can’t buy food like meat or eggs and some may resort to taking food from supermarkets.

‘I’m not justifying their [the thieves] actions but remember that this is a country which has been through very serious economic troubles because of mismanagement of the economy and the government should not punish poor people in this horrible way.’