Holidaymakers are being urged to check vaping laws before their summer getaway after five more destinations banned e-cigarettes with punishment ranging from fines to prison.

Last year MailOnline Travel reported that following a World Health Organisation study claiming that e-cigarettes may not actually help smokers give up their habit, several countries clamped down on them.

In the past four years there has been a 48 per cent rise in vaping in the UK with 2.8 million Brits now regularly using e-cigarettes.

But many may be unaware that some countries have strict controls on vaping with some even jailing those who vape.

All travellers are being advised to urgently check local regulation before packing their device.

In recent months, parts of India have effectively banned vaping. In one case a man was jailed for three years, based on a 78-year-old law.

Vapers in the Philippines could face up to four months in jail due to a new ban on vaping in public spaces.

Lebanon, Cambodia and Vietnam have also recently banned e-cigs, however the potential penalties for breaking the law are much more unclear.z

But if the sanctions in Thailand, which welcomes more than one million Brits every year, are anything to go by, travellers would be advised to consider leaving their vape kit at home.

Vapers face a 10-year jail sentence for bringing e-cigarettes or refills into the country and a number of British nationals having been arrested in recent years there.

While legal in the United States, the use of e-cigarettes is actually decided on a state and city level.

In the past few weeks, San Francisco has banned flavoured e-liquids with reports that New York is preparing to do the same. 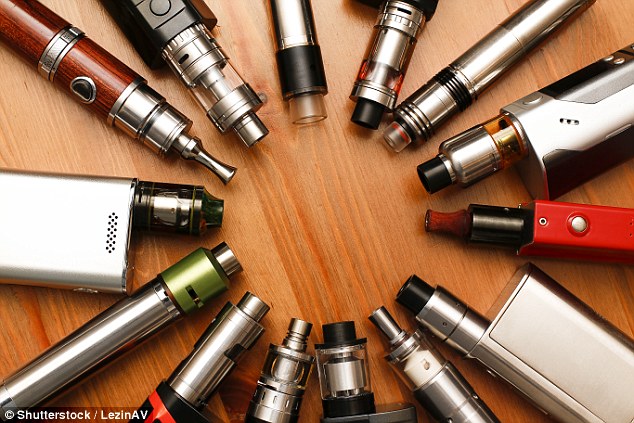 In the past four years there has been a 48 per cent rise in vaping in the UK with 2.8million Brits now regularly using e-cigarettes

WHERE VAPING IS BANNED

All national parks including the Grand Canyon and the Everglades have restrictions on vaping in force.

It’s a similar picture in Canada, with localised regulation in force. For example, in the province of British Columbia – laws restrict vaping in cars containing children and within six metres of doors and open windows.

Vaping is also banned in the United Arab Emirates and Dubai Airport is well known for confiscating e-cigarettes and vape kits.

Complete bans on e-cigarettes are also in place in Singapore, Indonesia, Jordan, Oman and Egypt.

Meanwhile South Africa, Malaysia and the Australian states of Queensland and the Northern Territories ban the use of e-cigarettes that contain nicotine.

James Dunworth, chairman, E-Cigarette Direct, said: ‘As millions of people gear up for their summer holiday it is easy to forget that foreign laws are different to those in the UK.

‘Don’t let a nice get-away turn into a get-locked-away, and check before you travel.

‘Vaping, which is completely legal and mainstream here and in most countries, is illegal in some popular destinations with penalties ranging from confiscation or fine to 10 years in prison.

‘Another popular misconception is that you can vape on planes. While most airlines will tell you before takeoff that vaping is banned, some may not.

‘It’s better to be safe than sorry so keep the kit packed away and wait until you know it’s legal to use.’