With social media fuelling our desire to travel more than ever before, once untouched destinations are now heaving with swarms of tourists – which doesn’t exactly make for a relaxing holiday setting.

Italy’s Amalfi Coast and the awe-inspiring site of Egypt’s pyramids are now filled to burst with travellers scrambling for the perfect ‘wanderlust’ shot for their feed.

1. Instead of Bali… try Nusa Lembongan

Sitting just off the southeast coast of Bali, Nusa Lembongan is a tropical paradise away from the hustle and bustle of south Bali and more popular tourist destinations.

The island boasts some of the best surfing breaks in Indonesia, excellent diving and snorkelling spots as well as white-sand beaches framed by bright blue waters – all easily reachable by speedboat in just under an hour.

You’d better be quick, though – visit Nusa Lembongan before everyone else catches on! 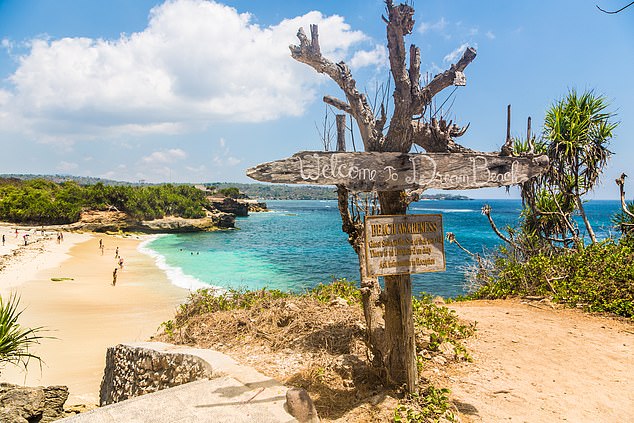 Sitting just off the southeast coast of Bali, Nusa Lembongan is a tropical paradise less touched than its famous counterpart 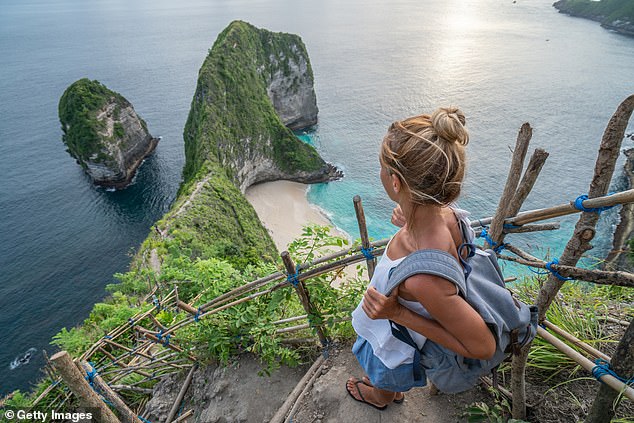 The island boasts some of the best surfing breaks in Indonesia, as well as excellent diving and snorkelling spots

2. Instead of Egypt… go for Jordan

Often referred to as ‘the Switzerland of the Middle East’, Jordan boasts incredible history, monuments and UNESCO sights to rival the better worn path of Egypt.

Jordan’s progressive social culture and safety set it apart from many of its neighbours, making it one of the hottest destinations in the Middle East right now.

Luxury Escapes recommend the ‘Petra by Night’ walking tour as one of the most spectacular experiences Jordan has to offer.

The mystical Dead Sea – said to have healing properties – is another major attraction. 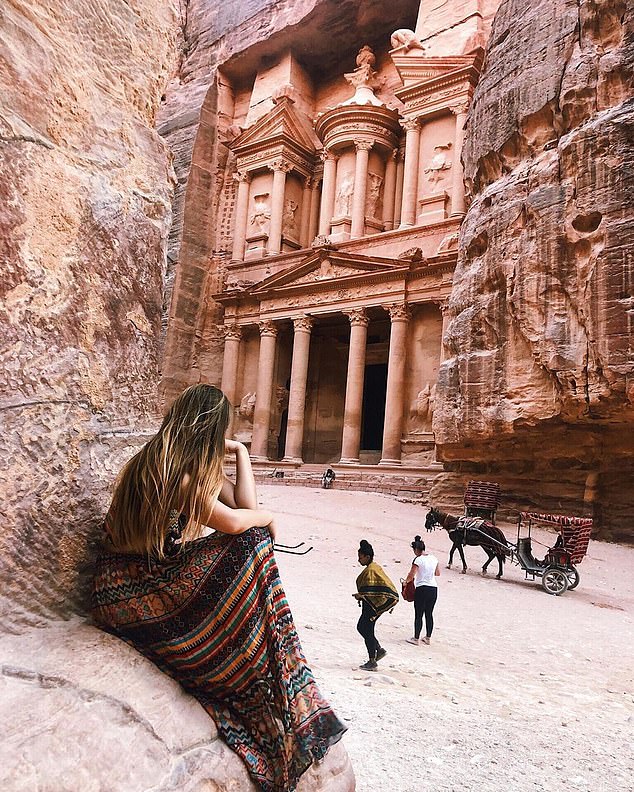 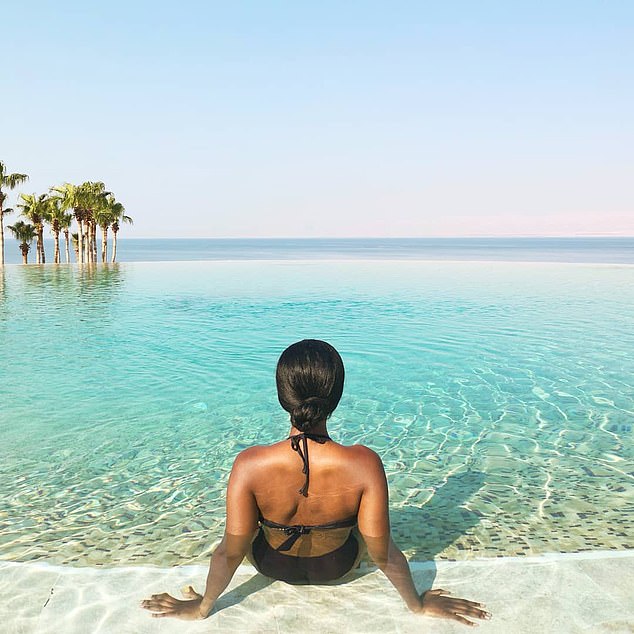 3. Instead of New York or Los Angeles… head to Memphis

The gateway to America’s ‘Old South’, Memphis is a one stop shop for old-world culture mixed with a heavy hand of music nostalgia.

One of the most beautiful cities in Tennessee, Memphis is brimming with beautifully restored mansions and sculptured tree-lined parkways and simple southern charm.

The city also boasts glowing sunsets over the famous Mississippi River, some of the world’s finest BBQ restaurants and the ‘Red, Hot and Blue’ sounds of Beale Street. 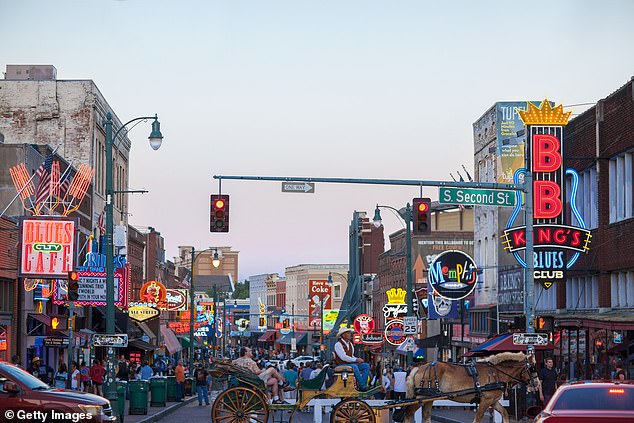 Memphis is a one stop shop for old-world culture mixed with a heavy hand of music nostalgia, especially along Beale Street (pictured) 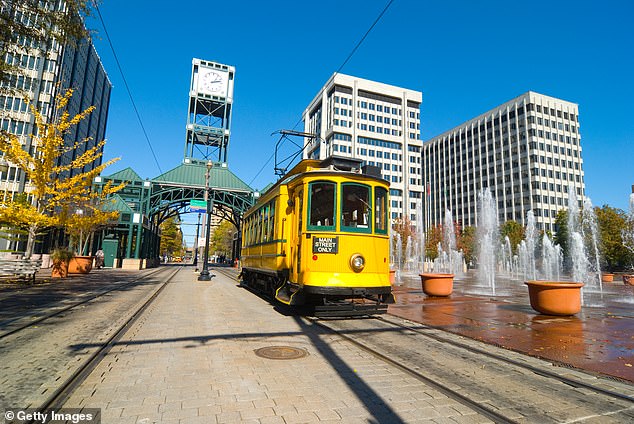 One of the most beautiful cities in Tennessee, downtown Memphis is full of old southern charm

4. Instead of Capri… visit Sicily

Food, fine wine, beaches and scenery all await on the shores of Sicily.

This small Mediterranean island is a veritable melting pot of history and culture having hosted innumerable civilisations over the centuries, but Italian influence still  reigns supreme.

Locals will happily tell you they are Sicilian first and Italian second!

Luxury Escapes suggest taking a ferry from Trapani to the island of Favingnana, where you can hire a bike and spend the day cycling around the many beautiful beaches and coves.

End the day in a piazza with a plate of fresh seafood pasta and an Aperol Spritz – bellissima! 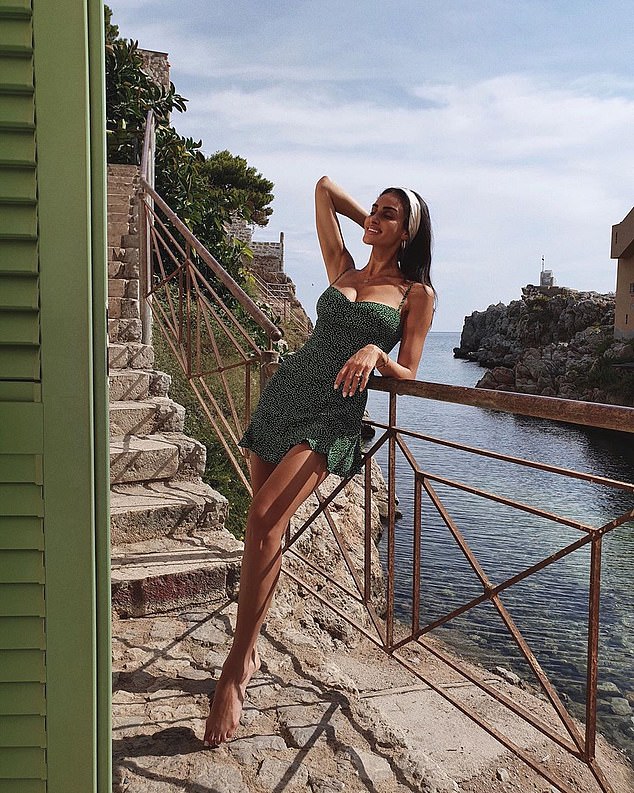 The Mediterranean island of Sicily (pictured) is bursting with good food, fine wine and stunning scenery 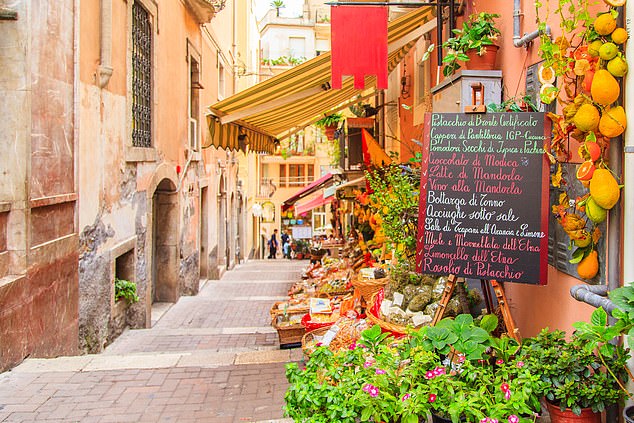 5. Instead of Japan… explore South Korea

A sprawling metropolis of 10 million people, the South Korean capital of Seoul is the perfect way to experience a bustling Asian city without the hordes of tourists that frequent Tokyo, Japan.

This vibrant city is an eclectic mix of temples, palaces and vanguard architecture, and offers some of the best culinary experiences in the world.

Luxury Escapes suggest walking the Seoullo 7017 – or Seoul Sky Garden – one of the few green spaces in the cit before eating at the Gwangjang Market, Seoul’s largest food alley with over 200 stalls of Korean delicacies.

Head to the top of the north Seoul Tower for a sunset panorama of this thriving city.