Five people including a child were boiled alive when a hot water pipe burst as they slept at a Russian hostel.

Three more suffered serious burns from the scalding water at privately-owned Caramel hostel in the city of Perm, near the Ural mountains.

The hostel, occupying the ground floor and cellar of a residential building, reportedly has guests including relatives of patients receiving cancer treatment at a nearby hospital.

Five people including a child have been ‘boiled alive’ after a hot water pipe burst at Caramel hostel in Perm city, the Urals. Pictured is steam rushing from the hostel last night 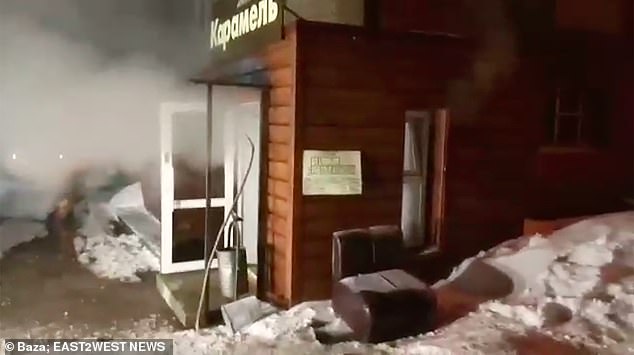 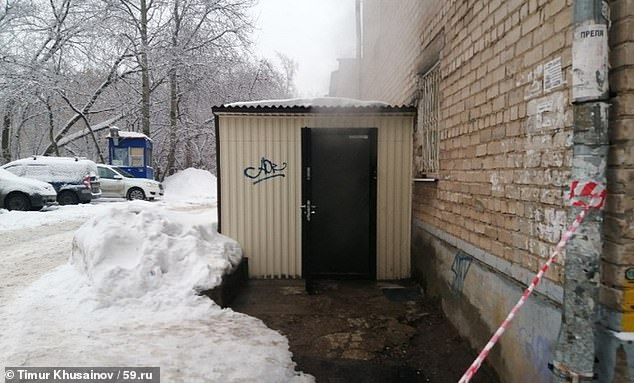 Hostel, which occupies the ground floor and cellar of a residential building, had guests including relatives of patients receiving cancer treatment at a nearby hospital

Pictures show steam rushing out of the hostel doors this morning as firefighters try to pump boiling water from the cellar, which has been flooded.

Seven ambulances rushed to the scene but four were already dead, according to local reports.

Igor Goncharov, acting regional security minister, said: ‘It is known that the cellar was flooded. Water was highly pressurised. All emergency services quickly arrived to the scene.

‘The water is being pumped out now. Five bodies have already been found, three more people were injured, all of them are the guests of the hostel.’ 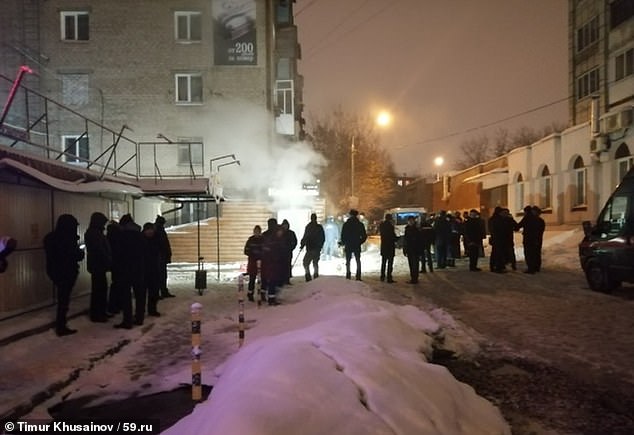 Seven ambulances rushed to the scene to treat victims, but four were already dead. Pictured are emergency services working in the street outside the hostel 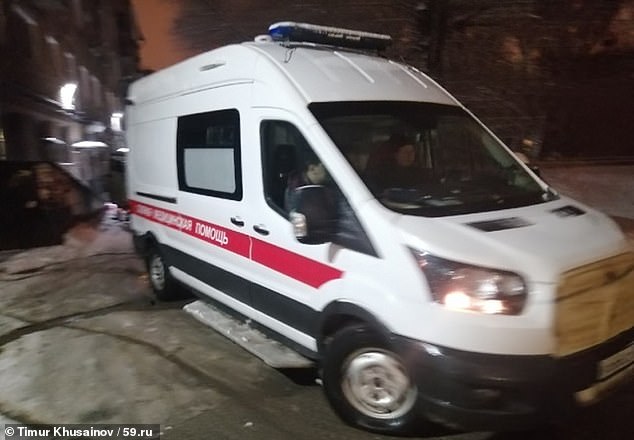 Emergency services have now started pumping boiling water from the basement. Pictured above is an ambulance on the scene 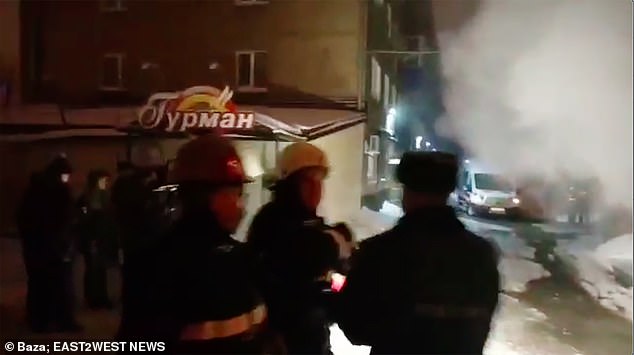 Firefighters pictured at the scene in Perm, near the Ural mountains. Three people are being treated for burns in hospital

A witness said: ‘It happened about 4 am. Steam was pouring out. The water went up to the front door of the hostel.

‘It was boiling water. I am scared to imagine what was going on inside.’

The cellar rooms did not have windows, and there was no exit for the trapped residents, said reports.

One victim Maria Uzhegova, 33, is in grave condition.

Two others named as Oleg Uzhegov, 35, and Eduard Mezentsev, 28, are also being treated in hospital. 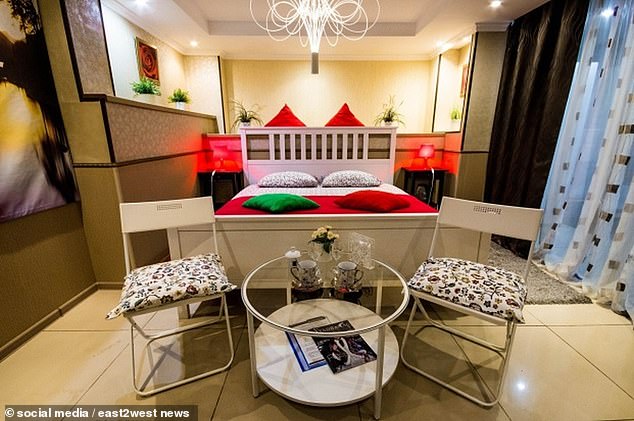 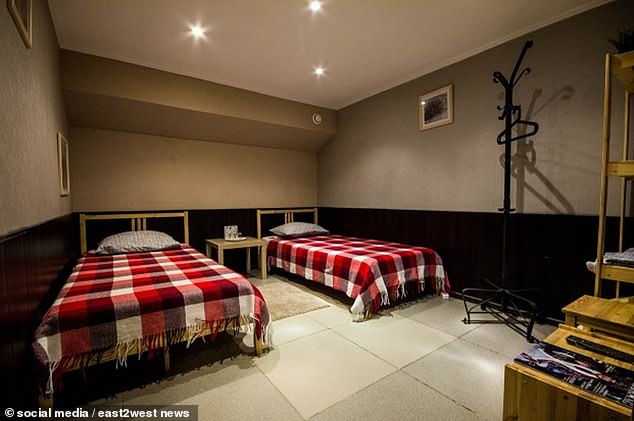 A two-bed room inside Caramel hostel is pictured above. It occupies the cellar and ground floor of a residential building 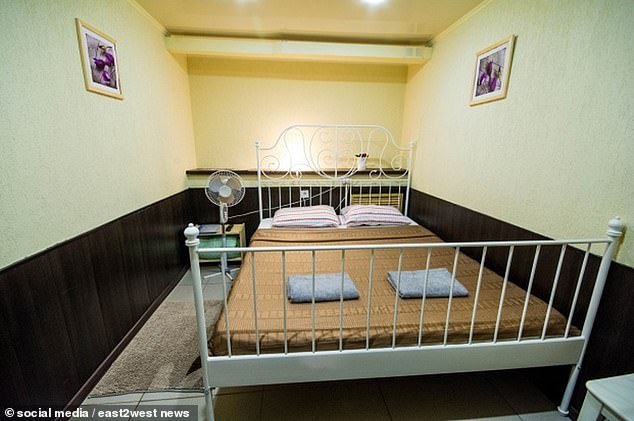 A bedroom with a double bed at the hostel in the city of Perm, near the Ural mountains

Concerns have been raised previously at poor safety standards at hostels in Russia.