Five police officers involved in Hillsborough will not be charged

The two suspects from West Midlands Police had been referred to the Crown Prosecution Service by the Independent Office for Police Conduct (IOPC).

They were alleged to have failed to properly investigate the causes of the disaster in Sheffield that left 96 football fans dead in 1989, either deliberately or negligently.

The disaster at Hillsborough stadium in Sheffield on April 15, 1989 claimed the lives of 96 fans

It was alleged that a misleading or incomplete file was submitted to the Director of Public Prosecutions in 1990 following the disaster during an FA Cup semi-final.

A CPS spokesman said: ‘After careful consideration of the evidence, and the detailed advice provided by counsel, it has been decided that the evidential threshold for criminal prosecution is not met in relation to either suspect.’

He said that ‘whilst there was found to be some cause for concern in the actions of both suspects’, the evidence was ‘insufficient to reach the high threshold required to prove a criminal offence’.

The spokesman said there was evidence that some aspects of the investigation were not carried out to a high standard, but there was a lack of evidence showing a deliberate plan of action by the suspects. 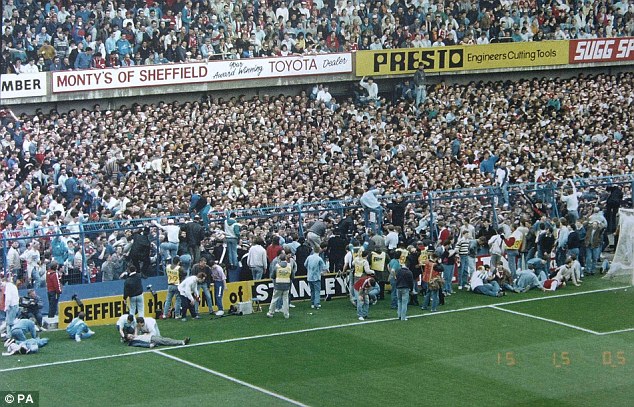 In a letter sent to families of the 96 victims this week, Sue Hemming, Head of Special Crime and Counter Terrorism Division at the CPS, said: ‘I appreciate that my decision will be disappointing to you, but I would like to reassure you that in reaching this conclusion, we have spent a significant amount of time reviewing and considering the evidence that was submitted to us.’ 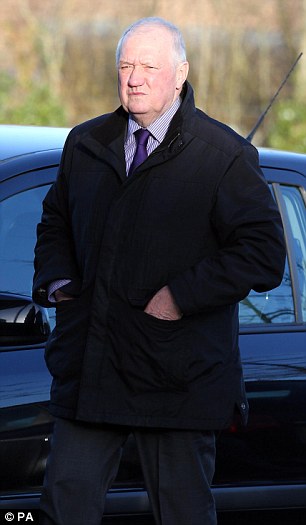 The spokesman said no other files were being considered in relation to the disaster.

Some 96 Liverpool fans died in the crush at the Leppings Lane end of Hillsborough stadium on April 15 1989, as the FA Cup semi-final against Nottingham Forest began.

Also today, an IOPC spokesman said that following an investigation into three former senior South Yorkshire Police (SYP) officers, a decision had been made not to refer their cases to the CPS.

It was alleged the officers sought to mislead a public inquiry into the disaster led by Lord Justice Taylor, a contributions hearing and the original inquests.

The spokesman said there was some indication that two of the former officers may have committed a criminal offence, but the CPS had already rejected the possibility of bringing criminal charges based on evidence reviewed in 2016.

Strategic lead for Hillsborough Rachel Cerfontyne said: At the core of my decision not to refer these SYP officers for formal charging decisions is the CPS’s clear view that charges would not be brought and the risk that a referral could cause disruption to the forthcoming Hillsborough trials.’ 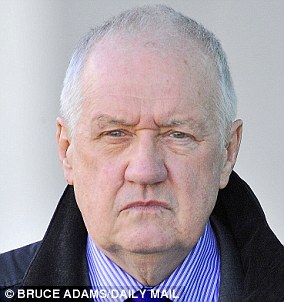 Former Chief Superintendent David Duckenfield, match commander for South Yorkshire Police on the day of the disaster, was authorised to be charged last June with the manslaughter by gross negligence of 95 men, women and children. Last month, it was revealed that he will be able to apply for legal aid. Before he can be formally charged, the CPS must apply to lift the ‘stay’ imposed by a now-retired judge in 2000 after Duckenfield faced trial in a private prosecution brought by families. 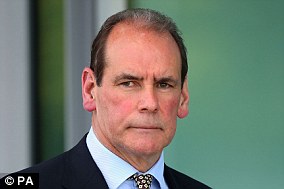 Norman Bettison, a former officer with South Yorkshire Police and subsequently Chief Constable of Merseyside and West Yorkshire Police, was charged with four charges of misconduct in public office. His trial at Preston Crown Court is due to start in May 2019 and could last up four weeks. 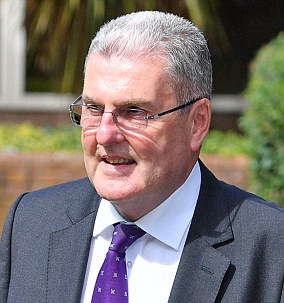 Graham Henry Mackrell, Sheffield Wednesday Football Club’s company secretary and safety officer at the time, was charged with two offences of contravening a term of condition of a safety certificate contrary to the Safety of Sports Grounds Act 1975. Also one offence of failing to take reasonable care for the health and safety of other persons who may have been affected by his acts or omissions at work under the Health and Safety Act 1974. Mackrell’s trial is due to take place in September 2018 and could take up to three months.

Peter Metcalf, a solicitor acting for South Yorkshire Police during the Taylor Inquiry and the first inquests, was charged with doing acts with intent to pervert the course of public justice. Former Chief Superintendent Donald Denton and former Detective Chief Inspector Alan Foster, both of South Yorkshire Police, were charged with the same offence. Their trial is due to be held early in 2019 and could take up to four months.