Five Russian engineers who died in a suspected nuclear blast were blown into the air on a sea pontoon, it has been revealed (pictured, victim Sergey Pichugin)

Five weapons scientists who died in a suspected Russian nuclear missile explosion were blasted high into the air on a sea pontoon and suffered ‘dreadful injuries’, it has been revealed.

People living in the village of Nyonoksa, the closest settlement to the blast, have also been warned to keep their doors closed and not visit a piece of coastline close to the explosion, in case radioactive waste washes ashore.

The new details were revealed in a covert recording of a Russian military officer who was sent to reassure villagers that they are not living through a new Chernobyl.

In the footage, which was leaked to Russian media, he can be heard saying: ‘On 8 August people went out to the pontoon and it exploded from underneath…

‘They were killed because the pontoon was lifted up into the air. Those on the pontoon got dreadful injuries,’ he added, without giving details of the injuries.

This description, though brief, is the most detailed account yet of the blast – which Moscow has only described as involving an ‘isotope power source’.

It was previously known that some victims had been blown into the sea, but little else has been revealed.

During the Nyonoksa meeting, the officer also admitted villagers are at risk of radiation poisoning if they try to visit a stretch of coastline near the explosion. 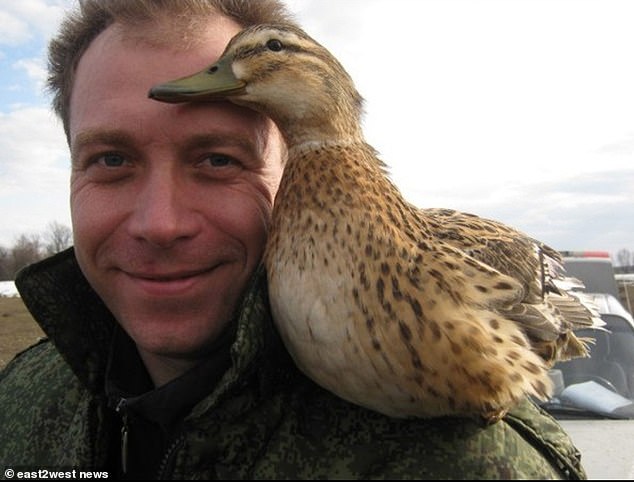 Evgeny Korotaev, 50, a leading electronics engineer, was among those killed in the explosion while testing what is thought to be a nuclear-powered missile

Locals were also warned to keep their doors shut.

He continued: ‘Works had been carried out in order to test one of the engines for a missile. This missile engine is fed by radioactive isotopes… they are its power source.

‘An extraordinary situation took place and as a result of it, there was an explosion.

‘But it was not a nuclear explosion, it was an explosion of an explosive substance.’

Pollution from the radioactive isotopes had been released, he conceded, and further contamination was possible because victims from the blast were brought to Nyonoksa before being transported to hospitals elsewhere.

The officer said: ‘I am telling you now why to close your doors.

‘These men and any object that contacted with radioactive elements, all those are considered to be dirty. It has to be deactivated.’

He also explained the threat in an area of nearby seashore, saying: ‘Those (radioactive) elements may still be there, in the sea. 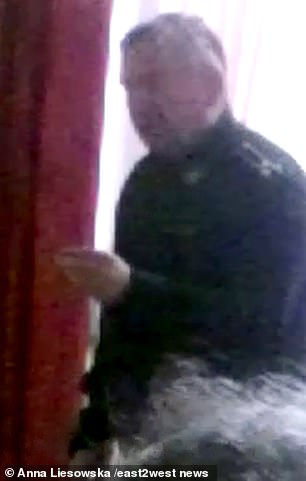 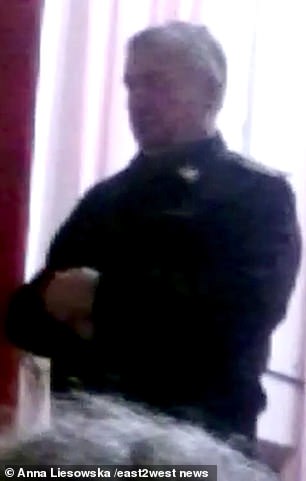 The new details were revealed in the covert recording of a Russian officer who was sent to the village of Nyonoksa, closest to the blast, to explain what had happened to panicked residents

‘The sea may throw out on the shore those things on the pontoons that were destroyed… Some people are already planning to visit this place, to share all this.

‘So I would like to warn you – you should not do this, because it can lead to problems that you are afraid of… horrors would follow.

‘This is what I am warning you about. This is why area is being guarded – to stop you going there.’

Among dangerous items with a high risk of radiation are a ‘kettle’ used by the team involved in the missile test, along with plastic, fabric and polystyrene – all of which are highly contaminated.

He added that the timing of the missile test was set to coincide with a moment when Russia believed there would be no spy satellites overhead to photograph it.

The officer also acknowledged that locals are fearful of radiation risks, but sought to reassure them, saying: ‘Not a single adverse factor of a nuclear explosion and nuclear weapons were registered here – and are not present here.

‘Nobody is going to carry out experiments involving you….’ 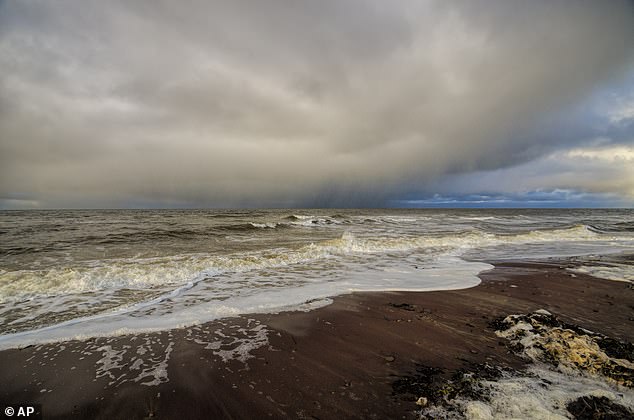 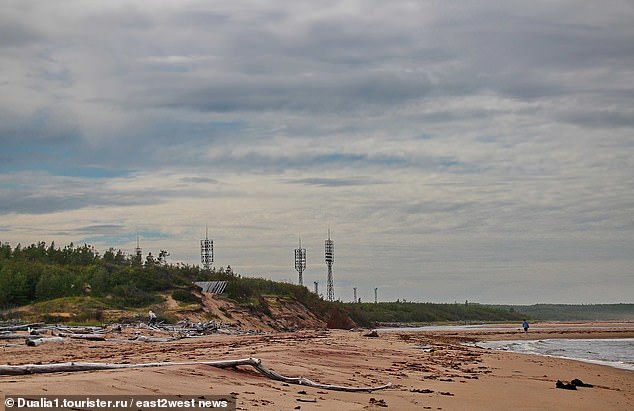 Residents of Nyonoksa are also told to keep their doors shut to prevent radioactive contamination, though the officer flatly denies that they are living through a new Chernobyl

To doubters in the public meeting, he asked: ‘Did anybody here see a flash that blinded anybody? No!

‘What about a mushroom rising up and floating somewhere? No!

‘Did anybody here in the settlement experience a TV failure or the failure of any other, even simplest electronic device? No!

‘Was there any kind of a cloud going somewhere and leaving some traces?’

A woman is heard replying ‘Yes’.

The officer replies: ‘What yes? What was it?’ 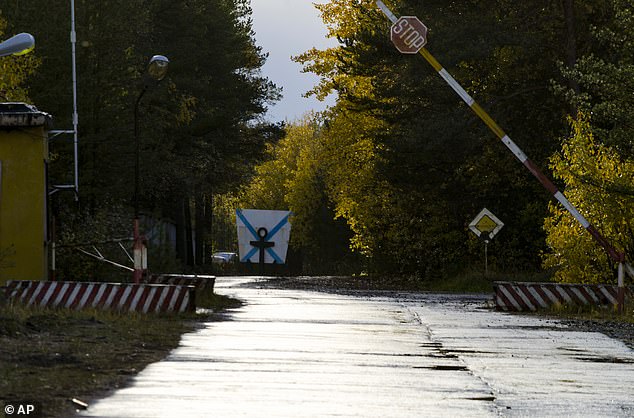 The Russian government has revealed few details about the explosion at the military base near Nyonoksa (pictured), other than it involved an ‘isotope power source’

He told residents: ‘Everyone is trying to compare Nyonoksa to Chernobyl. I went to Chernobyl in 1986, it was a huge powerful explosion, some people were dissolved to molecules, it was radioactive poisoning.’

The video’s disclosure comes after it was revealed that two major radiation research stations mysteriously went ‘silent’ after the radiation incident.

Experts have accused the Russian state of deliberately stopping the transmissions in order to cover-up the extent of the disaster.

Officials at the research stations have blamed connectivity issues.

Vyasheslav Yanovsky, 71, one of Russia’s most senior nuclear scientists, was among those killed in the blast alongside Vyacheslav Lipshev, 40, director of a secret research institute.