Five talking points from day five at the Australian Open

Day five of the Australian Open saw the pandemic finally sink its teeth into the tournament as it emerged Melbourne was being placed into a five-day circuit breaker lockdown.

The show will go on but after Friday, it will be without fans as the tournament enters its second week and the competition starts to hot up.

Sportsmail reflects on day five at the Australian Open.

Fans will not be allowed into Melbourne Park from Saturday as the state of Victoria enters into a snap, five day lockdown from midnight to try and stop the spread of the rampant UK variant of coronavirus.

From Saturday, fans will be absent from the Australian Open for the next five days

The virus, which originated at a hotel in outer Melbourne, is ‘moving at a velocity that hasn’t been seen before,’ said State Premier Dan Andrews. The Australian Open will ‘function essentially as a workplace’, he said with players operating in a bubble.

The disastrous move means that players will be allowed to travel to and from Melbourne Park to practice and play matches but otherwise will be subject to the same restrictions as anyone else in the city of five million residents. Not everyone was put out and Serena Williams took the philosophical approach. ‘I think I’ve been pretty much quarantining for my whole career,’ she said.

Already the midnight lockdown dictate is looking like it might be challenged. And by the outspoken Nick Kyrgios of all people.

Kyrgios’ match against US Open champion and third seed Dominic Thiem is due to start at 7am on his favoured John Cain Arena. But a currently late running schedule means that the previous match between Diego Schwartzman and Aslan Karatsev only began at 5pm which immediately puts a midnight finish by Kyrgios into doubt.

Kyrgios plays as fast as he talks but his Wednesday night epic here went deep into a fifth set. Essential workers aside, all Victorians are due home by midnight and while play can continue, there is likely to be a mass exit of fans by 11pm. 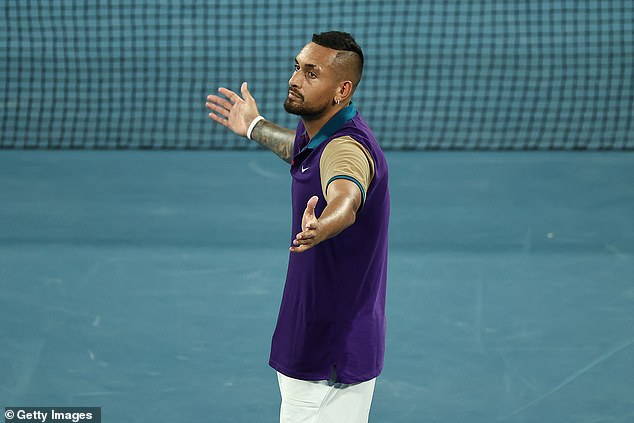 Serena Williams, who has been blessed with the most straightforward first week draw she could have wished for, proved too strong for the teenage Anastasia Potapova on Rod Laver Arena despite a first set that lasted just over an hour.

Williams once more looked a touch short of peak fitness in her win over the 111 ranked Russian and will face her first proper test of the tournament with the in-form, and seventh seed, Aryna Sabalenka next up in round four.

‘She has a big, big power game,’ said Williams of the Belarusian. ‘She’s a big girl, strong like myself. I think it will be a really good match – with no crowd.’

The 23-time major winner had earlier attracted 150 fans and two TV crews to her 11am practice session on an outside court. Hype around Williams is growing – TV pundit Casey Dellacqua routinely referenced her as the ‘greatest of all time’ this morning – but ignores the reality that she has been little challenged so far this tournament. 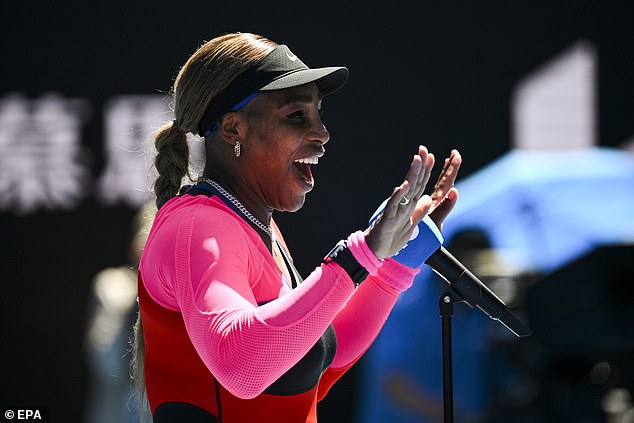 Following her Thursday singles match that she won while wearing a large bandage around her left thigh, world No 1 Ash Barty pulled out of her doubles match scheduled for early Friday afternoon. Barty, who had paired up with American Jennifer Brady, was not at her best against Daria Gavrilova on Thursday but played down injury concerns.

The 24-year-old, who will face Russian and 29th seed Ekaterina Alexandrova on Saturday, had not played a competitive match for almost a year until last month after electing to stay in Australia during the initial Covid outbreak.

Meanwhile Nick Kyrgios is still on course to continue in the doubles despite headlining the most anticipated singles match of the tournament against Dominic Thiem tonight. Kyrgios’ doubles match (he has paired with fellow Aussie Thanasi Kokkinakis) was scheduled for 9pm yesterday but called off due to rain and will now be played on Saturday. 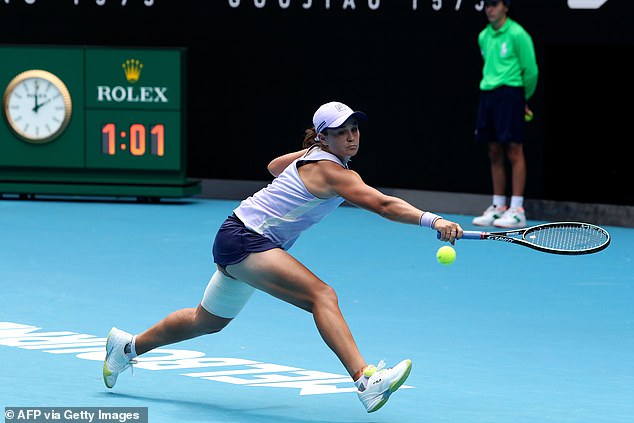 WATSON WINS IN THE DOUBLES

Having endured 15 days’ lockdown in a hotel room without release for exercise, former British No 1 Heather Watson is making every effort under the sun to ensure she makes the most of her trip down under.

Watson, who exited the singles in round two yesterday, was victorious in her doubles match with the Canadian Leylah Fernandez against the Aussie pair of Olivia Gadecki and Belinda Woolcock.

A dual benefit of the second-round match for the wildcard pairing was that, this being Australian opposition, she got to play on the 1573 show court just 24 hours after playing on another main venue, John Cain Arena. 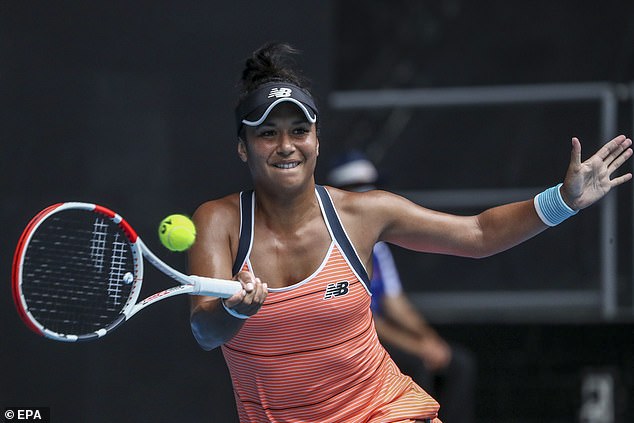 There was a doubles win for Heather Watson, who lost in the singles in the second round