The New York Jets may be in the middle of training camp but that hasn’t stopped them from chasing another big name acquisition via free agency.

The Jets drafted OT Max Mitchell out of the University of Louisiana at Lafayette in the fourth round of the 2022 NFL draft, but have still been looking to add depth to a group that currently has Chuma Edoga and Conner McDermott slotted as the first tackles off the bench.

Brown, who turns 37 at the end of August has battled injuries earlier in his career while with the Houston Texans, has remained durable in recent years with the Seattle Seahawks after playing all but games in the last four seasons. He has also played every game of the last two seasons.

He was named second-team-All-Pro as recently as 2018 while with the Seahawks and was named to last season’s Pro Bowl as an injury replacement.

The Jets front office seemed to be in full recruiting mode during Brown’s visit as he was seen talking with not only General Manager Joe Douglas but also assistant GM Rex Hogan, and team owner Woody Johnson as well. 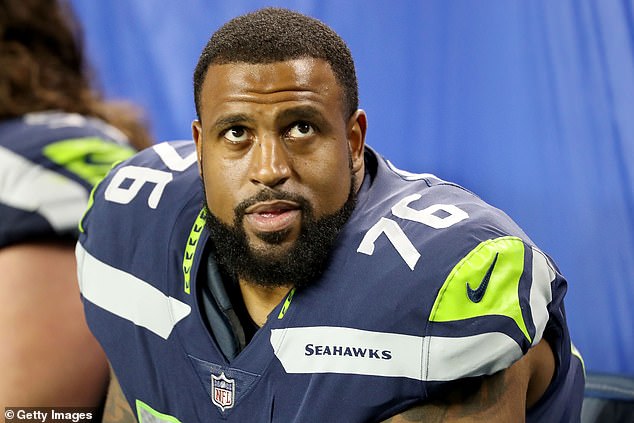 ‘There’s interest on both sides. .. Joe (Douglas) has been working on that for awhile,’  Head Coach Robert Saleh said on Duane Brown. ‘You can never have enough people on the O-line.’

Brown, however, did get into legal trouble this offseason after he was arrested when a gun was found in his luggage at Los Angeles International Airport. He was charged with a misdemeanor count of carrying a concealed weapon and could potentially spend a year in jail.

He could also stand to face discipline from the NFL under the league’s personal conduct policy. 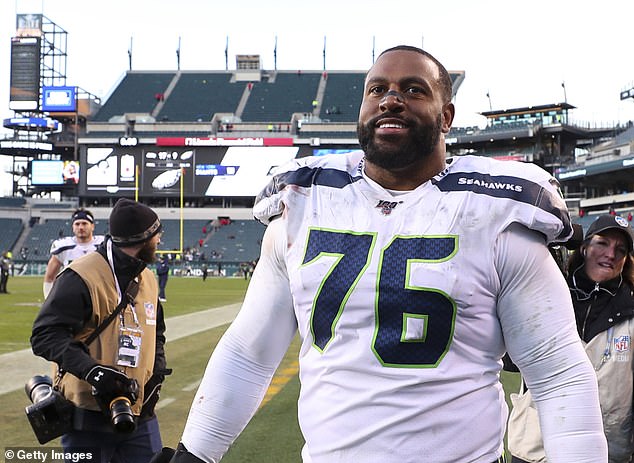 The potential roster spot that Brown is looking to fill may well be that of McDermott, who looks to have potentially suffered a long-term injury during the Jets’ annual Green & White Scrimmage.

McDermott left the scrimmage and limped to the locker room with an ankle injury under the assistance of trainers. Per ESPN’s Rich Cimini the team will run test Sunday to determine the severity of the injury.

New York also recently signed linebacker Kwon Alexander who once played under coach Saleh while the two were both with the San Francisco 49ers. Alexander most recently played for the New Orleans Saints.