With the cost of living in Britain soaring, getting a pay rise at work will be at the top of many employees’ to-do lists this year.

The pandemic has prompted millions of people up and down the country to revaluate their lives, with swathes switching jobs or quitting work for good.

Job-to-job moves totalled 979,000 between July and September, figures from the Office for National Statistics in November revealed.

In November last year, a survey of 6,000 workers by recruitment group Randstad UK found that 69 per cent were feeling confident about moving to a new role in the next few months, with 24 per cent planning a change within three to six months.

Get it done: With the cost of living in Britain soaring, getting a pay rise at work will be at the top of many employees’ to-do lists this year

Workers who change employer typically add 7.3 per cent to their earnings, which is more than double the 3 per cent pay growth seen by the average employee who stays put, according to jobs website Indeed.

But, before deciding to quit a job and move to a new company, if you are happy in your current role, it is worth trying to negotiate a pay rise with your existing employer.

There’s no magic wand that can be waved to get a pay rise, but Indeed and This is Money have five key tips to securing a pay boost in 2022.

1. Know when to ask for a rise

Deciding when to negotiate your salary can be just as important as the conversation itself, according to Indeed.

Good times to ask include after you have gained a promotion or further qualifications, when you are taking on a fresh leadership role or when your experience level no longer matches your salary.

You could also use online tools, like Indeed’s salary checker, to find out if average salaries in your sector have increased. If your current pay packet is out of kilter with industry norms or your experience levels, then you should explain this to your boss during your discussion about a pay rise.

It is probably not a good idea to ask for a pay rise after swathing job losses or cuts have been announced at your company. But, if it has just announced a decent profit, you stand in good stead for asking for an increase to your pay packet.

2. Do your research beforehand

Research the market you are working in carefully and calculate your individual value to the company you work at before going into any salary negotiation.

If you have been with a company for a number of years, your experience will be valuable and your employer may be willing to compensate you for it, Indeed suggests.

Plus, when researching job vacancies similar to yours, check the required qualifications and experience are genuinely comparable to your own.

3. Have reasons to hand

Identify clear reasons why you deserve a pay rise, and rehearse your negotiation pitch beforehand so you feel as comfortable as possible going into the conversation.

Be ready to justify your case for meriting a better salary and consider rehearsing different scenarios and outcomes, such as rebuttals, questions or negotiation offers from your employer.

While you cannot be prepared for every scenario, having a written note detailing all the points you want to raise during the meeting will prove invaluable.

4. Be prepared to compromise

Be flexible and willing to collaborate with your employer on a solution or compromise when it comes to your salary. 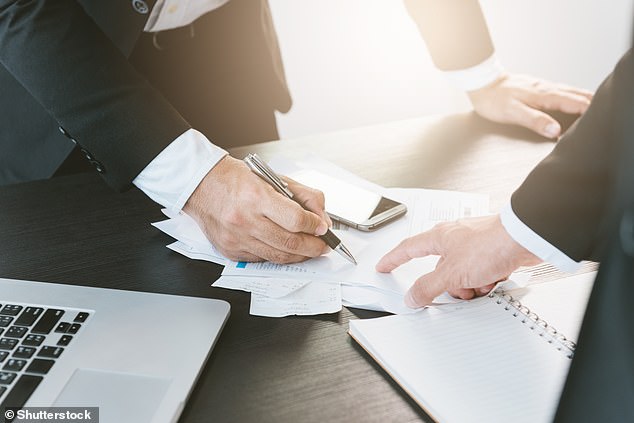 Be prepared: Identify clear reasons why you deserve a pay rise, and rehearse your negotiation pitch beforehand

According to Indeed, an employer might offer you a different salary package, with more holiday pay or more convenient working hours, if they cannot directly raise the amount of money you are paid.

Evaluate carefully whether such incentives might in fact be more beneficial to you than a higher basic salary.

5. Ditch and switch if necessary

Do not be afraid to walk away from the negotiations, particularly if you have already been able to secure a new higher paying job elsewhere.

But, first ensure that you have tried all different avenues, such as asking for more holiday time or more flexible working hours if that is what is important to you. You may also be able to pause the negotiations and come back to the conversation at a later date, after each party has had a chance to consider everything fully.

Mikaela Elliott, senior manager of employer insights at Indeed, said: ‘Salary remains the single most important consideration when it comes to a job – be that with their current employer or when they are searching for a new role.

‘When it comes to negotiating, either with your current employer or with a would-be boss, doing your research beforehand will set you up for a productive conversation.’

She added: ‘Not all employers will be able to match your salary expectations, but they may be able to offer other forms of compensation, such as additional holiday days or more flexible working.

‘It is a good idea to weigh up the total package before making a final decision, as those extra days off may end up being more valuable to you than a little bit more money.

‘Often the best way of securing a raise is to switch jobs. In fact, research suggests workers can double their earnings growth by heading to pastures new. So do not be afraid to walk away from pay negotiations if your employer’s offer does not fairly meet your expectations.’

Anxious about asking for a pay rise?

If you are nervous or lacking confidence when it comes to asking for a pay rise, Indeed has some handy tips.

Mikaela Elliott, senior recruitment evangelist at Indeed, said: ‘Even though salary is one of the most important motivations for people to work, discussions around pay can be difficult and it’s normal to feel apprehensive about asking for a raise.

‘For people lacking confidence, the key is to practice your pitch. It might feel unnatural but rehearsing your discussion out loud to yourself, family or friends will help you feel more assured. Speaking to colleagues and mentors can also help boost your confidence.

‘Thorough preparation will also put a spring in your step so be sure to research salary ranges beforehand to show that you know the value of your role. Also prepare examples of how you’ve excelled in your current position.

‘If your meeting is held virtually it gives you the opportunity to set up somewhere comfortable and familiar and the chance to have notes and reminders nearby in case you need them. Remember: talking about pay can be daunting but a good manager will help relieve any anxiety.’