A five-year-old girl is being a hero after she saved a toddler from drowning at a resort pool in tropical north Queensland.

Matthew Pearce said he was extremely proud of his daughter Matilda, who went to the BIG4 Port Douglas Glengarry Holiday Park for a swim with family friends on Wednesday morning, and spotted the drowning toddler after going down the waterslide.

‘She noticed a three-year-old girl unconscious in the water and dragged her to the edge of the pool where adults became aware and revived her,’ Mr Pearce told Daily Mail Australia on Friday.

‘According to the resort’s on-site management, they’ve reviewed the footage and had Matilda not have helped it could have been a very different story,’ Mr Pearce said. 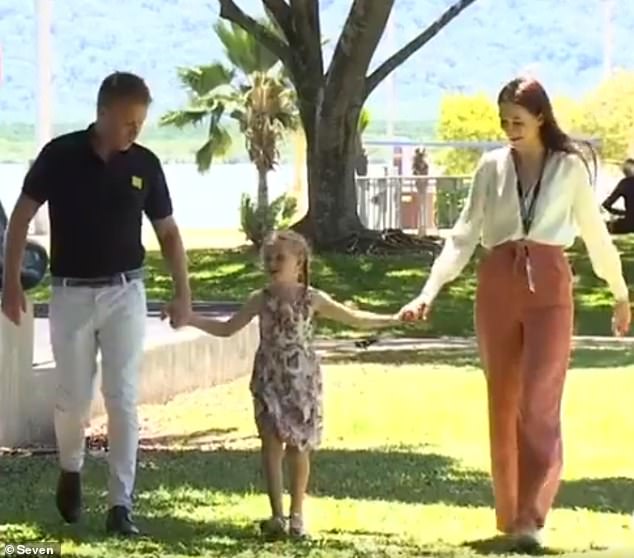 Matthew Pearce said he was extremely proud of his daughter who been getting treated with ‘lots of ice-cream’ (pictured: the Pearce family)

‘I’m so so proud of my daughter sensing danger and acting to move her to safety,’ he said.

The prep student at Holy Cross School in Trinity Park started swimming training this year, which she does twice a week, and the experience helped her to recognise when someone needs assistance in the water, her father said.

Mr Pearce added that Matilda was humble and doesn’t really comprehend she’s a hero – but has been getting rewarded with ‘lots of ice cream, bubble gum and donuts’.

A witness said the three-year-old wasn’t moving when she was pulled out of the water. 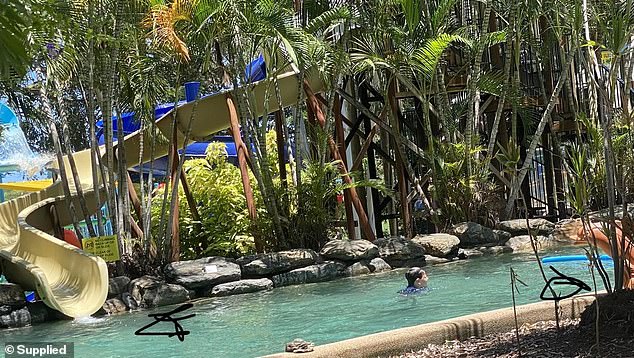 ‘One of the men in the group patted her back, water came spewing out and she came back to consciousness,’ she told The Cairns Post.

‘It might have taken a minute or two. With these things it’s always hard to tell, it felt like a long time.’

The girl was taken to hospital for routine checks and has recovered well.