A five-year-old girl has tragically died after being hit by a car while walking with her mother in Sydney’s west.

Emergency services were called to Rooty Hill Road North, Plumpton, about 7.20pm on Wednesday to reports two pedestrians, a 37-year-old woman and her daughter, had been hit by a Toyota Tarago.

Paramedics rushed the pair to Westmead Hospital with the woman being in a serious but stable condition and the child in a critical condition.

Emergency services were called to Rooty Hill Road North, Plumpton, about 7.20pm on Wednesday (pictured) to reports two pedestrian had been hit by a car 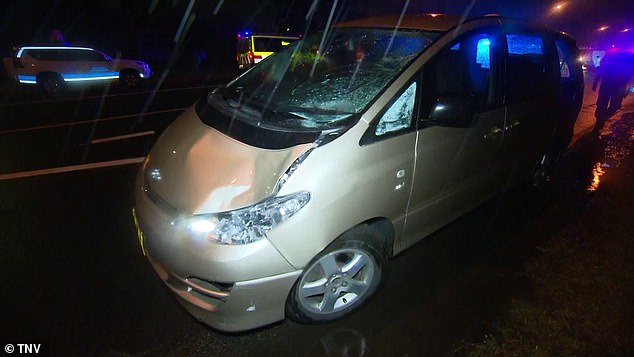 The 64-year-old male driver sustained no injuries and was taken to Westmead Hospital for mandatory testing. He is currently assisting police with inquiries.

Two ambulances, two intensive care units, and multiple primary care crews along with police were dispatched to the scene.

Photos of the horrific crash show a team of paramedics desperately working to stabilise the mother and daughter.

The impact shattered the front windscreen on the Tarago and carved a massive dent in the front bonnet.

Local resident James Camilleri said there were many road accidents in the area and the traffic lights near the scene were not currently working.

‘We heard a thud then all of these sirens going off,’ he told TNV.

‘This stretch of road is notorious for people getting hit and killed.’ 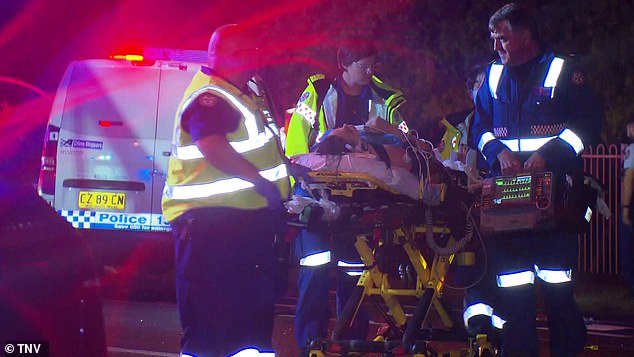 A 37-year-old woman and her five-year-old daughter were rushed to hospital, where the child later died 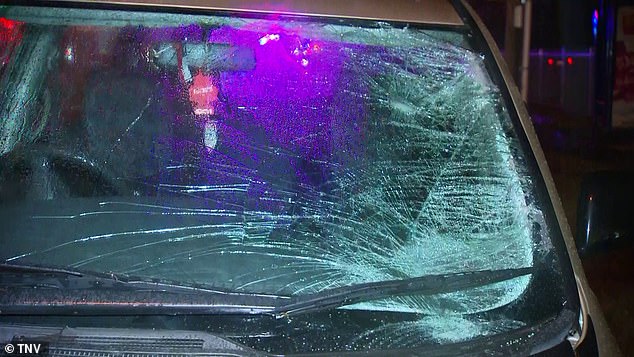 ‘Just a year ago my brother was here, got t-boned by a truck. He had a heart attack and they brought him back to life.’

‘Something definitely has to be done about this road.’

A crime scene has been set up and as inquiries into the circumstances surrounding the crash continue.

Anyone who may have witnessed this incident or has dash cam footage is urged to contact Crime Stoppers on 1800-333-000. 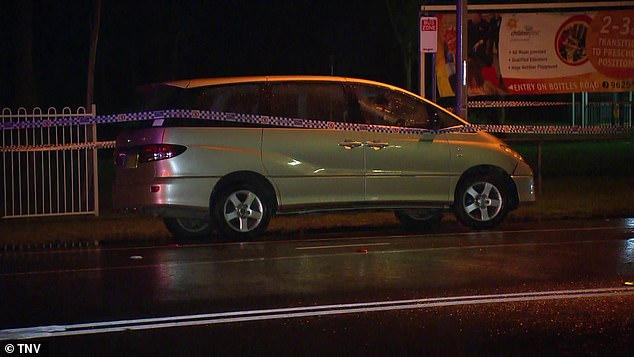