By Kelsey Wilkie For Daily Mail Australia and Reuters

Fumes from e-cigarettes are toxic and can kill cells lining airways, a bombshell new study has found.

Popularity for e-cigarettes has skyrocketed in recent years and are seen as a much healthier alternative to tobacco.

However, scientists at University of Adelaide and the Royal Adelaide Hospital have now found that vapour produced by e-cigarettes is harmful and have called for government regulation.

Fumes from e-cigarettes are toxic and can kill cells lining airways, a bombshell new study has found

‘There are no regulations on the manufacturing of E-liquids. There are also no requirements to list the ingredients or their quantities.

‘As such, no two ”apple”, ”chocolate” or ‘cotton candy” E-liquids will be made with the same flavouring ingredients or even concentrations. These are the things that we know can affect how unsafe a particular E-liquid is.’

E-cigarettes have come under fire in the United States after six vaping-related deaths.

The American Medical Association have urged vapers to stop using electronic cigarettes of any sort until scientists better understand the cause of 450 lung illnesses and at least five deaths linked to e-cigarettes. 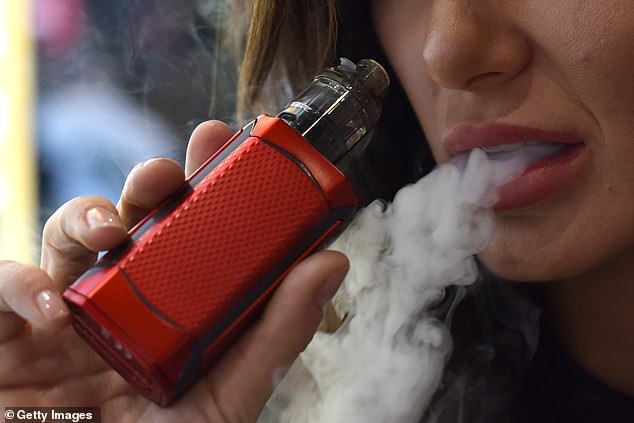 The AMA, one of the nation’s most influential physician groups, also called on doctors to inform patients about the dangers of e-cigarettes.

Australian Medical Association Queensland president Dr Dilip Dhupelia told The Courier-Mail companies were marketing the product in a way that could cost lives.

‘If we don’t stop this now, we will have the same epidemic as they are currently experiencing in the US, at great cost to our already overstretched health system in Queensland.’