A flight attendant has revealed the one item she never boards a plane without and given very specific instructions on joining the mile high club.

Cierra Mistt, who works for an airline out of the US, told her 3.5million TikTok followers she always lathers herself in sunscreen when flying.

And she says all her colleagues do the same.

Cierra Mistt, who works for an airline out of the US, told her 3.5million TikTok followers she always lathers herself in sunscreen when flying

‘We d this because we fly around in a metal tube at 30,000 feet very single day and that’s really close to the ozone layer,’ she said.

‘In fact we are so exposed to radiation that health insurance will label us the same as astronauts or a radiologist.

In the three-part series she also explained exactly how to become a member of the mile high club and admitted the airline’s crew could be hooking up mid-service.

The hostess said she has hooked up in the flight deck but added that the hidden crew rooms, which are crammed full of beds.

‘When I was first starting out those things were very infamous for bad behaviour.’

Would you join the mile high club?

‘Sometimes if you are luck flight attendants will even let passengers go down there to join the mile high club,’ she said.

But for those unlucky enough to  be invited into the secret rooms there are other methods, but they require planning.

The hostess explained people should ‘pick their seats accordingly’ at the back of the plane, and next to a rest room.

She said it takes flight attendants 20 minutes to do a service and that most of the time staff will turn a blind eye if people are being discreet. 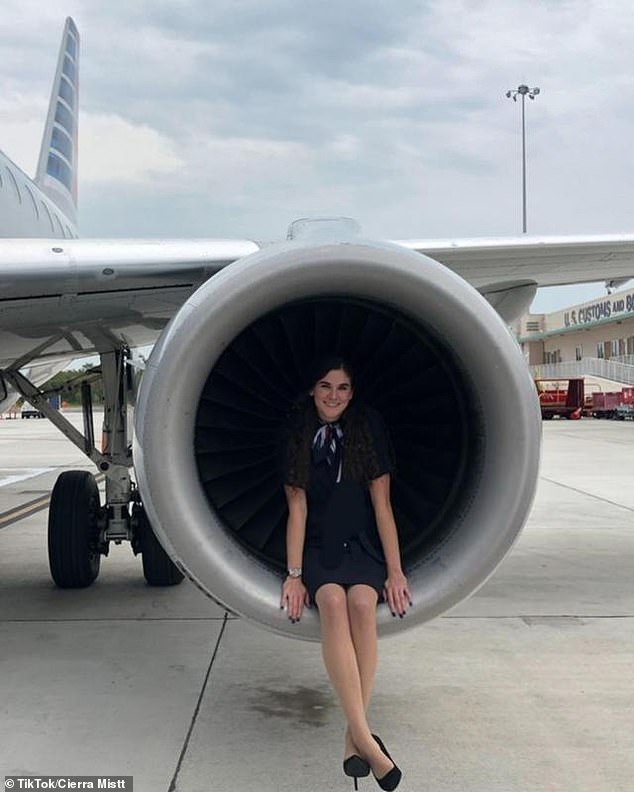 Ms Mistt also revealed flight attendants can ‘open the lavatory doors from the outside’ which comes in handy if the person is having a medical emergency.

She noted pilots and flight attendants ‘don’t start getting paid until everyone is on board and the plane doors are shut’.

‘That being said there is a reason why we tell you we cannot help you lift your bags up because if we get hurt we don’t have worker’s comp because we are not on the clock.

She also backed up other flight attendants who refuse to drink the hot water from planes, noting the tanks are checked every six to nine months and only cleaned if there is a problem.