South Australian university students are revolting against a crackdown on drinking games and banning of beer bongs.

Students living on campus at Flinders University say they feel ‘constantly under surveillance’ and have slammed tutors for treating them like children.

‘There’s been a massive change in the past 12 months, and I’m not eager to stay next year – we’re not 13-years-old and don’t need to be dibber-dobbed on,’ one second-year student told The Advertiser.

The South Australian campus houses 561 students, aged from 17 to 40, who are all banned from taking part in any alcoholic drinking games.

Students found to be breaking the strict drinking rules face a loss of privileges and further punishment from university authorities.

Flinders Living residential hall principal James Atkinson said the rules were not meant to sap the fun out of the students university lifestyle.

‘Yes, there is a punitive element but what we’re trying to do is to get students to stop and reflect on their behaviours and to think about what it means to drink responsibly,’ Mr Atkinson told the publication.

‘It’s our aim to foster a culture of personal and group responsibility which doesn’t prevent students from consuming alcohol in a socially-acceptable manner,’ he said.

The university has reprimanded two students in the past and slapped them with drinking bans.

Daily Mail Australia has contacted Flinders University, but they declined to comment. 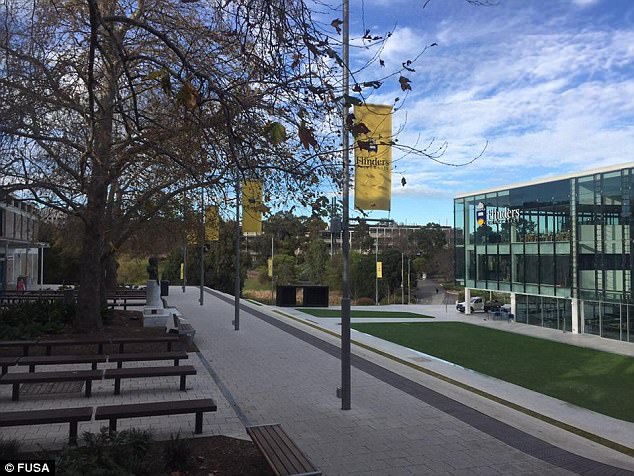 The South Australian campus has banned its 561 students, aged from 17 to 40, from taking part in any alcoholic drinking games or drinking from beer bongs (stock image)