‘Husband’ and ‘wife’ are now on the offensive words list: University issues a grovelling apology after transgender student raises concerns about harassment guidelines

An Australian university has apologised after a transgender student objected to an online list of terms deemed offensive to minorities, which includes various gay slurs as well as the words ‘husband’ and ‘wife’.

Flinders University in South Australia removed their harassment and discrimination guidelines after the complaint, agreeing the list was ‘no longer suitable’.

The main gripe from the transgender community was that the list considered the term transsexual ‘appropriate’ when it is now regarded as an ‘outdated and offensive’.

Another sticking point was the reference to the ‘condition of trans-sexualism’.

The World Health Organisation stopped considering being transgender as a ‘mental health condition’ in 2019.

It remains unclear why ‘husband’ and ‘wife’ were ever included on the list and how the university came to conclusion the words could cause offense or be deemed discriminatory.

A staff member who saw the Facebook post the next morning reviewed the contentious guidelines and offered an apology saying the list would immediately be updated.

‘We are taking immediate action to remove it and will engage with students and the wider diversity community on our campuses to review the content.’ 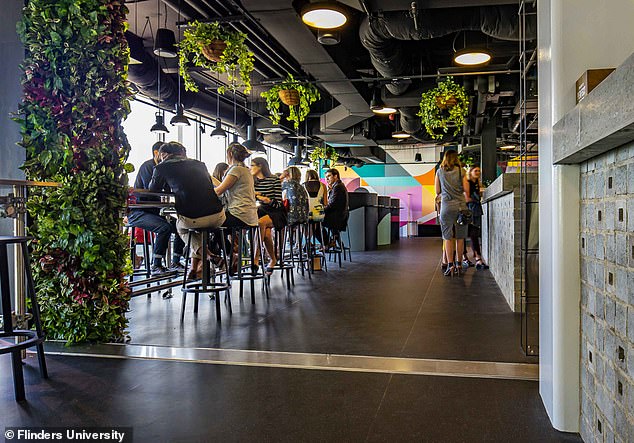 Flinders University in South Australia (campus pictured) removed their harassment and discrimination guidelines after the complaint, agreeing the list was ‘no longer suitable’

‘Equality, diversity and inclusion are fundamental values that we are committed to upholding in words and in practice – it is clear that improvement is needed and we still have work to do.

‘We commit to doing this work.’

‘We’ve gone beyond this kind of language,’ she told the Advertiser.

‘When it comes to husband and wife it really comes down to a matter of personal choice.

‘As for transsexual – it is a mix of language which misconstrues sexuality and gender.’