By Aidan Wondracz and Olivia Day For Daily Mail Australia

Floods and rain could batter Australia for the remainder of the year with two major weather events set to collide for the first time in 50 years, an expert has warned.

La Niña generally ends sometime in mid-Autumn but it is expected to endure until the end of the season and bring plenty more rainfall.

A negative Indian Ocean Dipole is also brewing over the Indian Ocean and the weather system could be on a crash course with La Niña.

Floods and rain could batter Australia for the remainder of the year with two major weather events set to collide for the first time in 50 years, an expert has warned 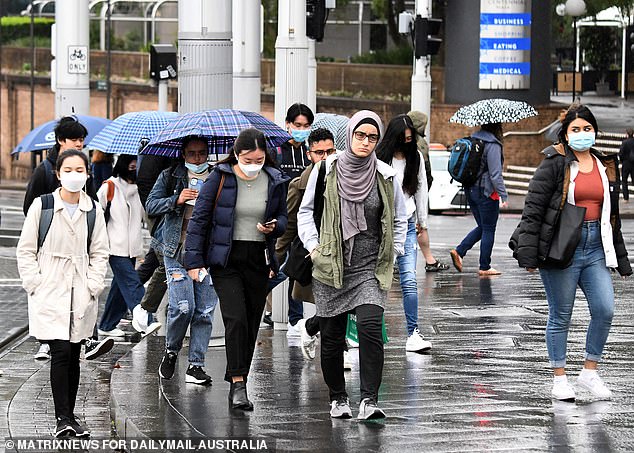 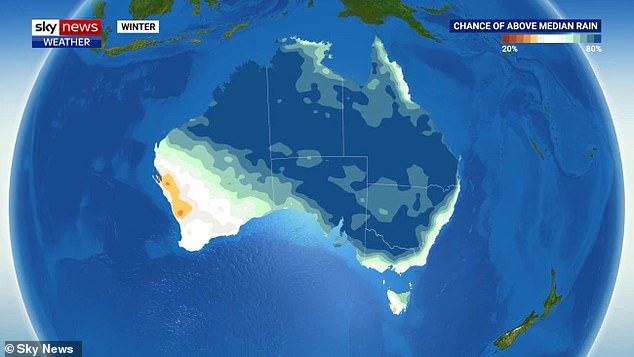 The last time the two weather systems combined was in 1974 and it marked the country’s wettest 365 days in 122 years (pictured, forecast rainfall during winter)

The combined weather systems would mean increased rainfall and the risk of more major flooding across the country for the rest of 2022.

The last time the two weather systems combined was in 1974 and it marked the country’s wettest 365 days in 122 years.

The two weather systems have only clashed three times in the past and each occasion are within Australia’s top 10 wettest years on record since 1900.

More than a year’s worth of rain has been dumped over south-east Queensland and northern NSW in the last three months.

In the flood-devastated Northern Rivers region, the mammoth clean-up effort is nearly over with more than 20,000 truckloads of waste cleared.

‘Around 95,000 tonnes of waste has been removed from flood-affected towns and deposited at facilities in Alstonville and Coraki. That’s equivalent to 126 Olympic swimming pools,’ Deputy Premier Paul Toole said on Thursday.

The Bureau of Meteorology has warned there is more than an 80 per cent risk of above average rainfall battering northern and eastern Australia during winter.

BoM has forecast the current La Niña event to finish around late autumn. 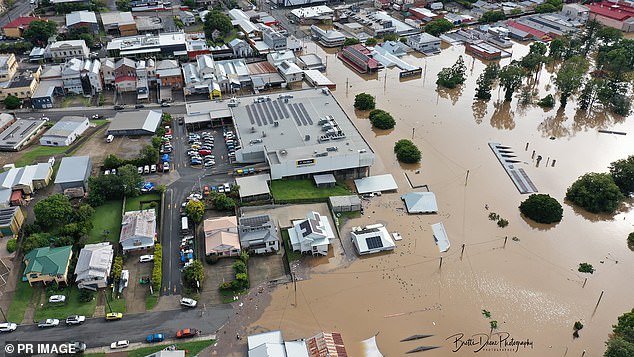 In the flood-devastated Northern Rivers region, the mammoth clean-up effort is nearly over with more than 20,000 truckloads of waste cleared 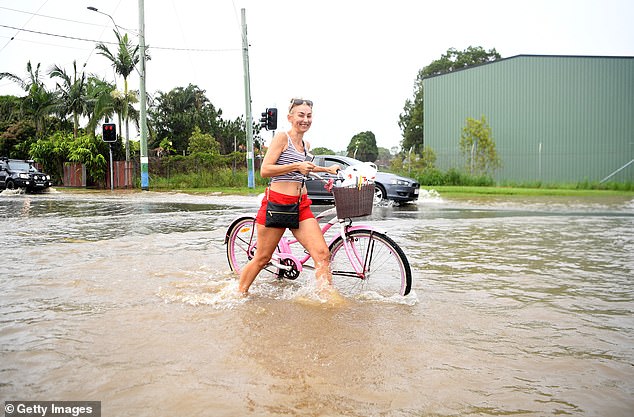 There is potential for flooding in some already-saturated areas in Queensland with predictions of 100mm to 200mm of rainfall (pictured, a woman walks through flooded Tweed Heads)

‘This has been the second La Niña in consecutive years, something last seen in 2010-2012,’ the bureau said.

‘La Niña events typically break down in early to mid-autumn. However, trade winds remain stronger than average over the tropical Pacific Ocean delaying the further weakening of the La Niña over the past fortnight.’

Sky News meteorologists have warned a third La Niña could happen during winter.

It would mark the first time a triple La Niña has happened in the last 22 years. The phenomenon would also mark the fourth triple event since 1900.

Weatherzone meteorologist Brett Dutschke said Sydneysiders could expect showers to hammer parts of the city each day over the upcoming weekend. 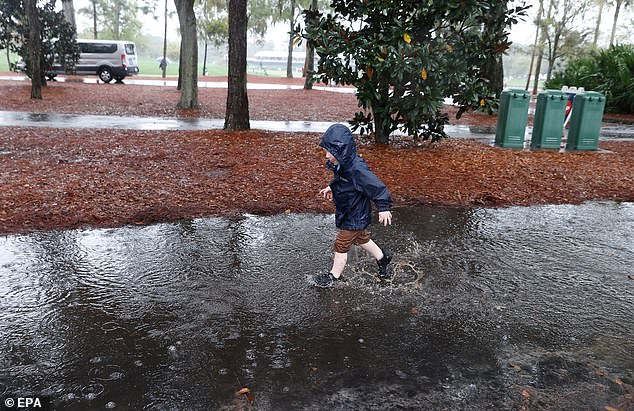 The forecaster said there was potential for rainfall to accumulate to about 30mm, with parts of Sydney to receive from 5mm to 10mm.

Mr Dutschke said temperatures would ‘struggle’ to hit over 20C on some days, with showers forming on Anzac Day, which falls on Monday this year.

He said the wet conditions had appeared due to persistent offshore winds colliding, bringing tropical moisture to a developing low-pressure trough.

Queensland will also receive an onslaught of rain, with the meteorologist predicting Brisbane to be ‘the wettest place in the country’ this weekend, with up to a metre of rain forecast.

Rain has been falling from Townsville to the Cooktown areas with ‘moist and unstable’ winds to spread wet conditions to the northwest and western Queensland.