Floods to cause chaos in Australia’s eastern states for days, sparking widespread evacuations

Residents in eastern Australia have been told to prepare to evacuate their homes due to rising floodwaters as heavy rain continues to lash much of Australia’s east coast.

Flood warnings across New South Wales and Queensland will remain in place for days as heavy rain continues to fall and rivers peak.

Southern and central Queensland remains on high alert with the Darling Downs and Granite Belt regions battered by storms on Saturday night.

The densely-populated south-east and much of NSW will get a short reprieve from the deluge but they are expecting further heavy rains this week, raising the prospect of devastating floods.

North of Sydney, around 2,000 residents along the Hunter River near Singleton evacuated on Saturday night before homes were cut off by floodwaters and lost power.

‘Once floodwater begins inundating the area, road access, water, sewerage, power, phones and internet may be lost. If you remain in the area you will be trapped and it may be too dangerous for SES to rescue you,’ NSW SES warned

‘Once floodwater begins inundating the area, road access may be cut. If you remain in the area after this time, you may become trapped and it may be too dangerous for NSW SES to rescue you.’

The Bureau of Meteorology on Sunday morning issued a flood warning for the Hunter River at Maitland and Singleton, where a peak of 12.71 metres has been recorded, just below the major flood level of 13 metres.

Other parts of the state are bracing for the worst flooding in nearly 50 years.

Authorities believe the Namoi River at Gunnedah could peak at 8.53m, the highest level recorded since 1974. 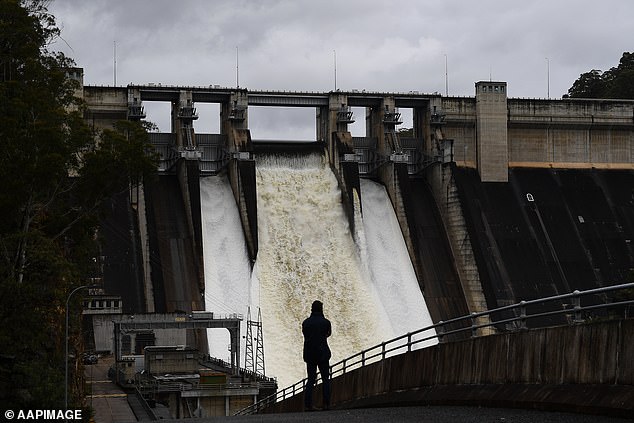 There were major flood warnings for the Lachlan at Jemalong and the Namoi at Narrabri and Wee Waa, where it’s feared residents could be cut off for more than a week.

In the central west, Eugowra residents in low-lying areas have been told to prepare to evacuate as water levels rise along the Mandagery Creek.

Canowindra near Orange is on alert with major flooding possible on Sunday morning.

A major flood warning was also been issued for the Castlereagh River at Coonamble, which could reach around 5.2 metres by Sunday night similar to the 2010 floods.

The Macquarie River at Warren could also reach major heights on Monday.

The catchment has recorded 85.5mm in the last week, including 14.8mm in the 24 hours up to 9an Saturday. 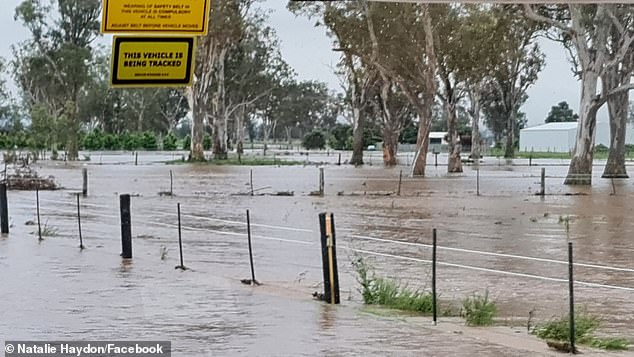 The NSW Upper Hunter region has been inundated with rain. Pictured is the town of Scone underwater

‘On current projections the spill could continue for up to a week,’ WaterNSW said in a statement on Saturday, adding ‘downstream impacts are likely’.

The state’s dams were already near capacity before the rains set in last week.

More rain is on the rain for Australia’s east coast this week.

Up to 70mm forecast is for Brisbane on Tuesday and up to to 50mm on Wednesday.

Sydneysiders will need their umbrellas on Wednesday will up to 20mm rain forecast.

The SES has received more than 745 requests for help, including the rescue of 50 residents from flood waters.

‘Those rescues take place in the main because people aren’t following the instructions, they’re driving through floodwaters. Don’t do that. Follow the advice, that’s the best way to stay safe,’ Mr Perrottett said. 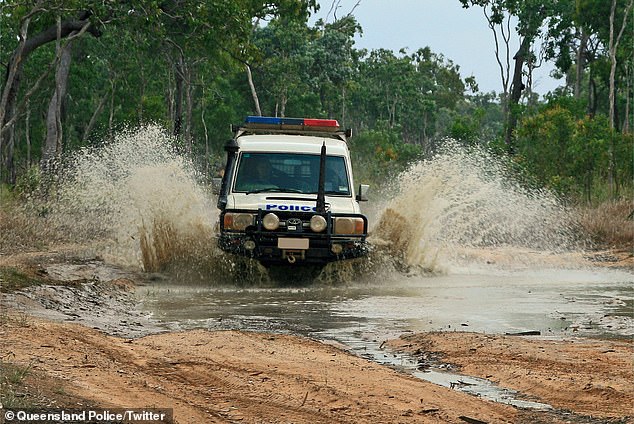 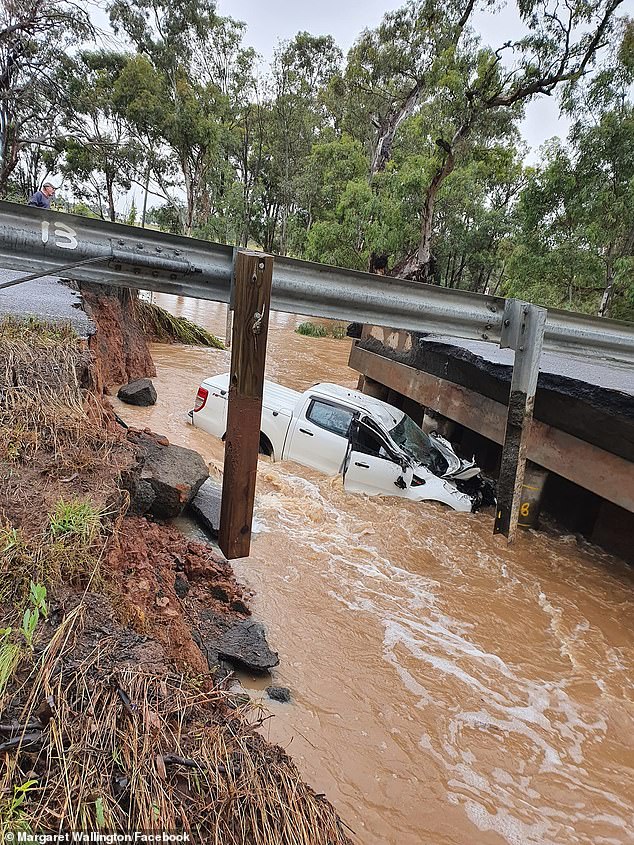 The Nyrang Creek bridge between Canowindra and Eugowra in central-west has collapsed due to flooding. The motorist of this car was able to escape

Emergency services north of the border have issued a similar plea.

Dozens of floodwater rescues in the Darling Downs district prompted police to warn  residents to not take chances around flood waters.

‘Flash flooding can occur very quickly and without any notice, even on roads that you usually travel on without any issues,’ Superintendent Danny Shaw said.

‘This type of rain also causes significant structural damage to roads, so even if you think it looks safe, you can never be sure exactly what is underneath the water.

‘It’s not worth risking the lives of yourself, your loved ones, and those of emergency services.’

‘I’m urging residents to use common sense – back away from flooded roadways, delay your journey if necessary. If it’s flooded, forget it.’ 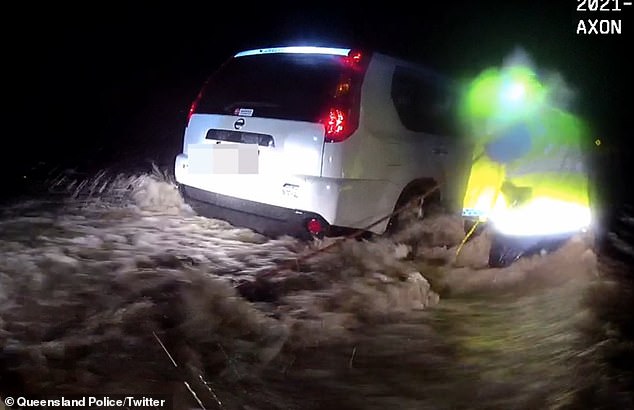