Police in Florence have identified the 30-year-old Fiorentina fan who called Napoli’s Kalidou Koulibaly a ‘f***ing monkey’ and have handed him a five-year stadium ban.

The Senegalese defender announced that a fan uttered the racial slur to him after Napoli’s 2-1 victory against the Florence side on Sunday after the player had taken part in a post-match interview on the side of the pitch.

Police managed to identify the supporter, located in the Curva Fiesole ultra section of the Fiorentina stadium, using stadium cameras with the help of broadcaster DAZN.

The fan has been handed a five-year ban by Italian authorities, the maximum punishment for a supporter guilty of making racial abuse in the country’s DASPO system.

A statement from the Florence Police Headquarters read: ‘Florence State police has identified the man who, last Sunday night, uttered a racial insult at Napoli player Kalidou Koulibaly at the end of the match.

A Fiorentina fan, 30, who racially abused Napoli defender Kalidou Koulibaly last Sunday has been identified and banned from football matches for five years 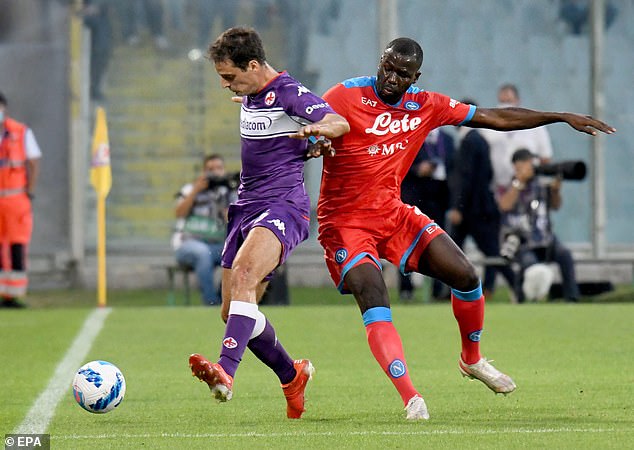 ‘The player was insulted at the end of a post-match interview on the touchline when, as he was passing through the Curva Fiesole (one end of the Fiorentina stadium) tunnel to get to the changing rooms, he was met with the insulting slur.

‘The Dagos police officers reached the conclusion of the identity of the 30-year-old Florence resident using extrapolated images from the stadium cameras that filmed the area of the aforementioned Curva selected by the Dazn cameras.’

Florence police also revealed they are looking into other fans located close to the now-punished fan who may have committed a similar offence.

The police statement ended: ‘Further investigations are underway to clarify the conduct of the other members of the group in which the fan was included, in order to identify behaviour that is similar from a criminal point of view, subject to reporting to the Fiorentina club for the individual profiles.’ 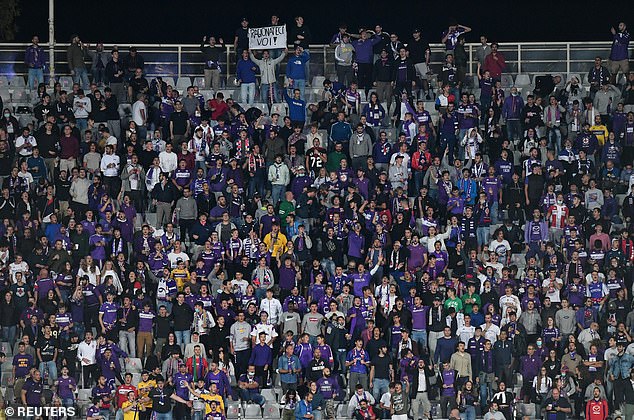 Fiorentina director general Joe Barone personally apologised to Koulibaly, along with his Napoli team-mates Andre-Frank Zambo Anguissa and Victor Osimhen, for the racist abuse directed at the trio.

Earlier this week, Koulibaly posted on Instagram: ‘”F***ing monkey’, that’s what they called me.

‘These people have nothing to do with sport. They need to be identified and kept out of the stadiums – forever.’

Meanwhile, striker Osimhen also took to Twitter after the match to urge people to discuss racism. 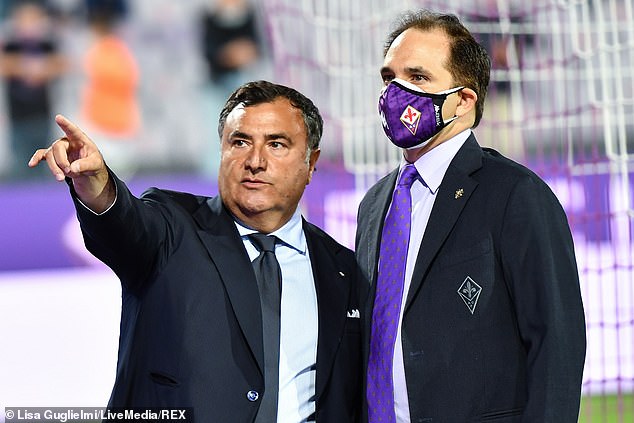 The Nigeria star wrote: ‘Speak to your kids, your parents, make them understand how disgusting it is to hate an individual because of the colour of their skin. NO TO RACISM’.

Italian national team captain Giogio Chiellini admitted he was ashamed as an Italian to hear abuse the abuse directed at the Napoli squad.

‘It’s unacceptable,’ said Chiellini this week. ‘I was ashamed as an Italian, as a Tuscan. It is shameful because in Europe people talk about Italy as a racist country and I don’t think it necessarily is.

‘Everyone needs to do more. It is terrible publicity for Italy abroad. We all need to make an effort but we need laws which are applied and enforced. That’s the most important thing.’