The stars were out in force on Monday night as they headed to the 2022 British Fashion Awards after party held at The Twenty Two in London’s Mayfair.

Leading the way were Florence Pugh, Lila Moss and Jourdan Dunn as they swapped their red carpet gown for sexy flesh-flashing sexy ensembles as they made their way to the party.

Florence, 26, wowed in a plunging gold midi dress which she teamed with towering gold heels.

The Midsommar actress showcased plenty of décolletage in the low-cut top which perfectly hugged her curves.

Florence was seen clutching onto the arm of a male pal as she made her way inside.

Lila, 20, looked sensational as she slipped into a sheer black gown with sexy cut out detailing on the side to showcase her tiny waist.

Stunning: Florence, 26, wowed in a plunging gold midi dress which she teamed with towering gold heels.

The mini dress offered a peek at her incredible figure and flashed her lingerie as she headed to the party.

The model proudly displayed her insulin pump on herm after being hailed ‘an inspiration to so many living with Type 1 diabetes’ for wearing it on the runway in various shows.

Meanwhile, Jourdan, 32, was sure to set pulses racing as she showcased her toned abs and cleavage in a tiny black crop top and matching mini skirt. 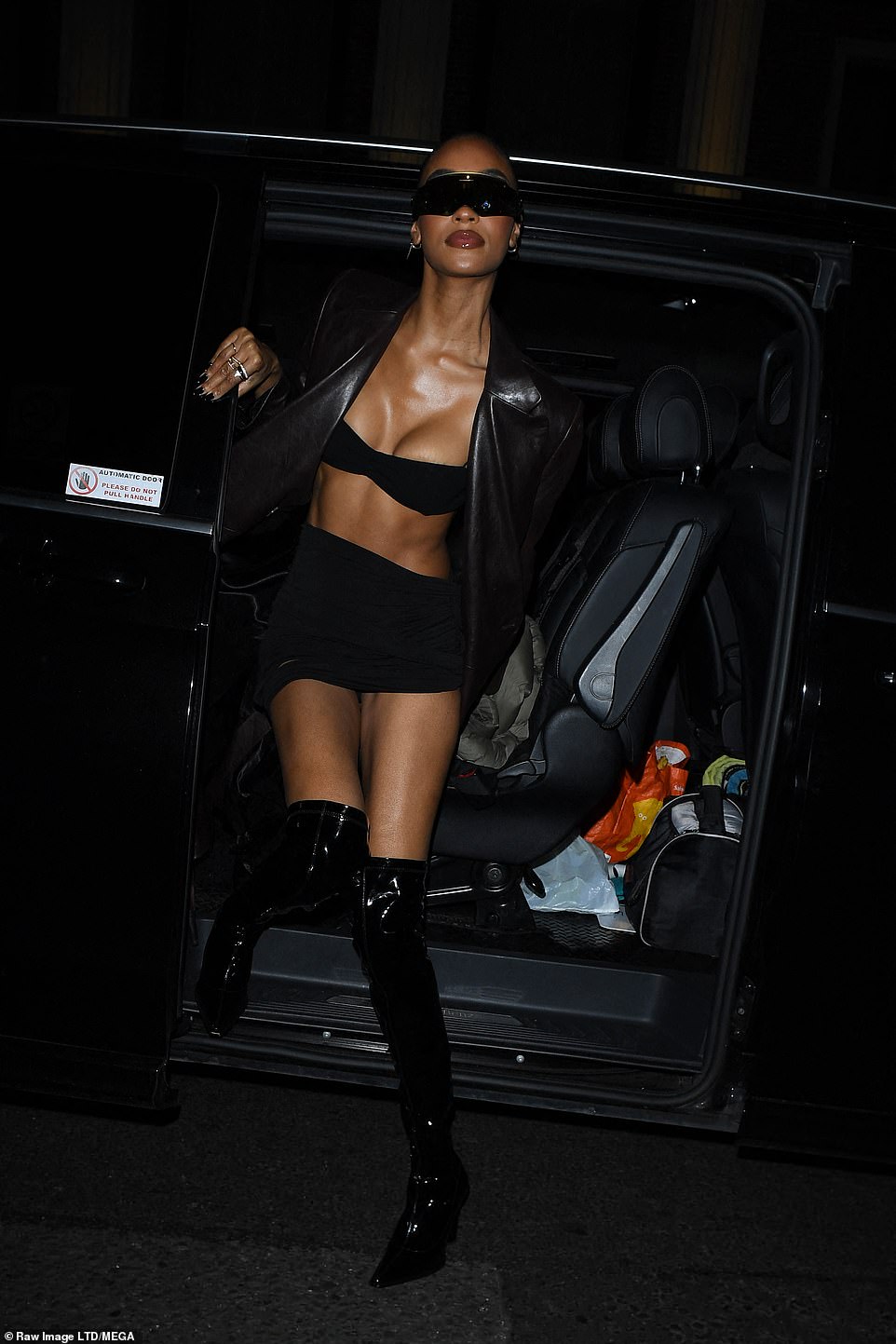 Work it: Jourdan showcased her endless pins in the thigh-skimming number as she climbed out of her car, teaming her look with black knee-high boots

Flaunt: The model showcased her incredible physique in the skimpy black outfit

The model showcased her endless pins in the thigh-skimming number as she climbed out of her car, teaming her look with black knee-high boots.

She added black oversized sunglasses and a long leather coat to her look, while her essentials were stored in a black handbag.

Rosie Huntington-Whiteley, 35, looked effortlessly chic in the same black leather top and black maxi skirt she had earlier worn to the glitzy ceremony.

Rosie cut a radiant figure as she strutted into the venue in her stylish black and brown outfit which she wore with pointed black heels.

The mother-of-two slicked her blonde tresses into a sleek up-do, and accessorised with a matching clutch bag and oversized earrings.

And while Rosie opted to to stay covered up in her red carpet outfit, Florence and Jourdan were among other stars only too happy to slip into something more racy for the evening.

Elegant: Rosie cut a radiant figure as she strutted into the venue in her stylish black and brown outfit which she wore with pointed black heels 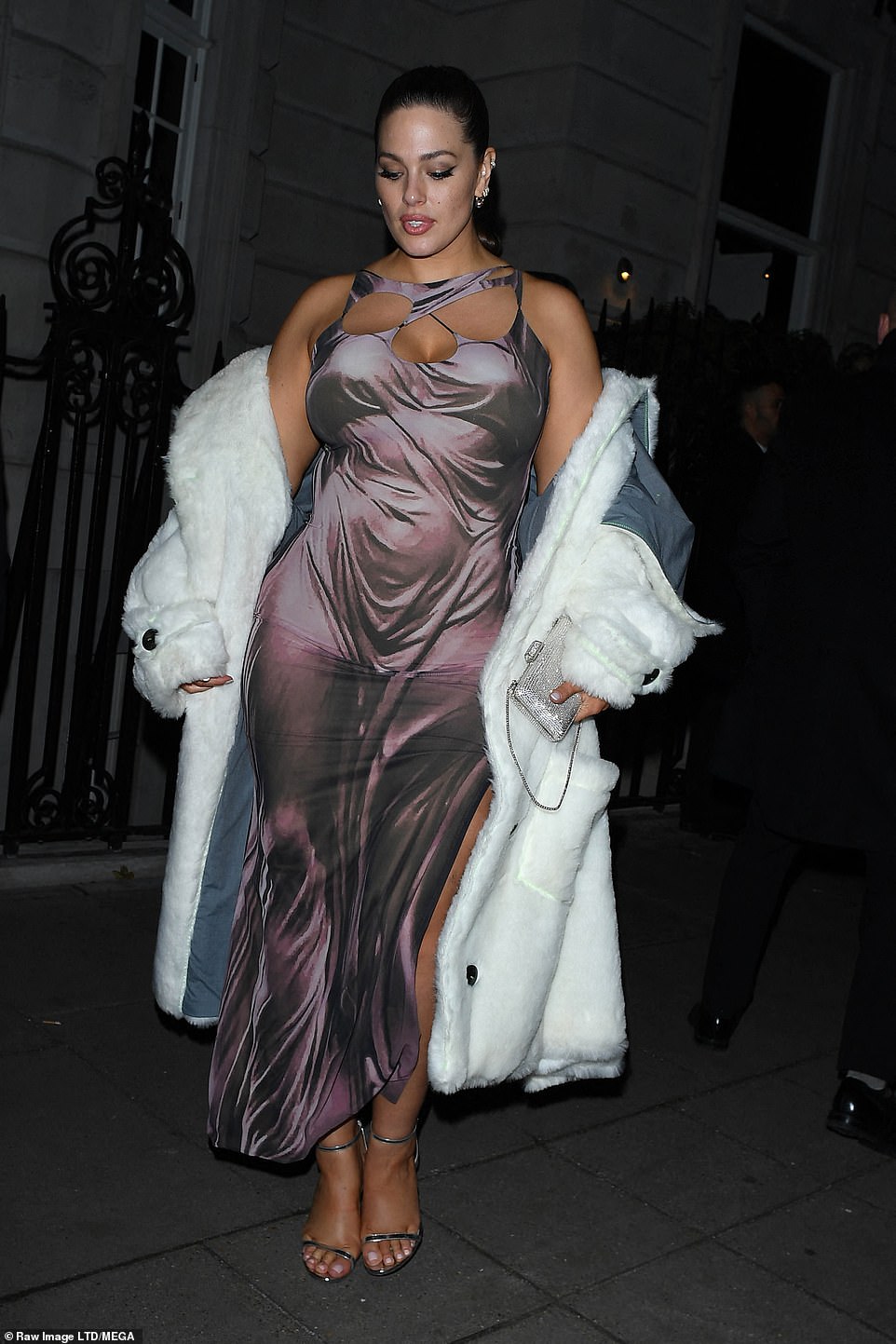 Stunner: Ashley Graham looked stunning in her figure-hugging mauve dress as she attended the event

That’s a warp: The model covered up in a furry white coat as she braced the winter weather 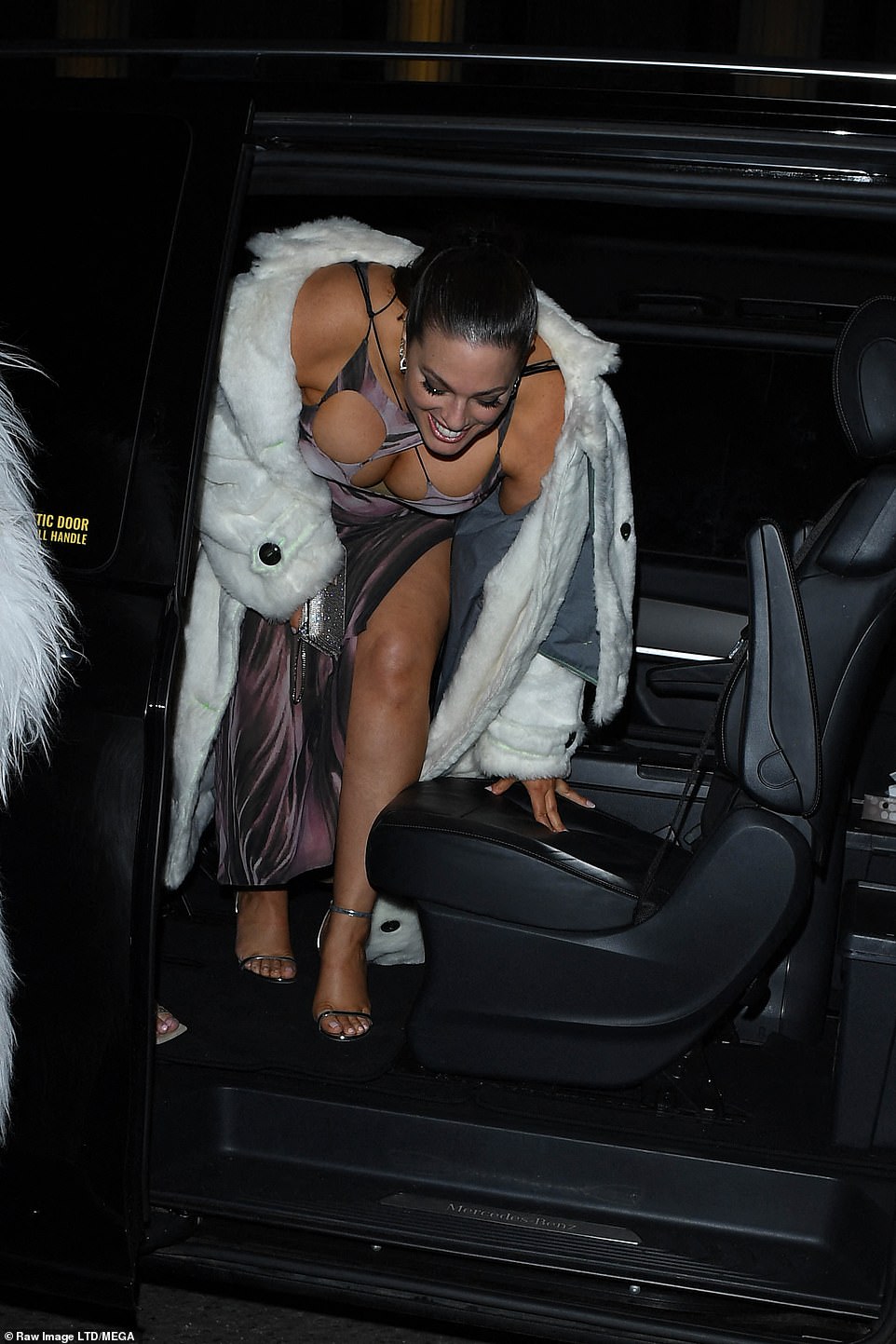 Careful! The model almost spilled out of her low cut dress as she exited the car 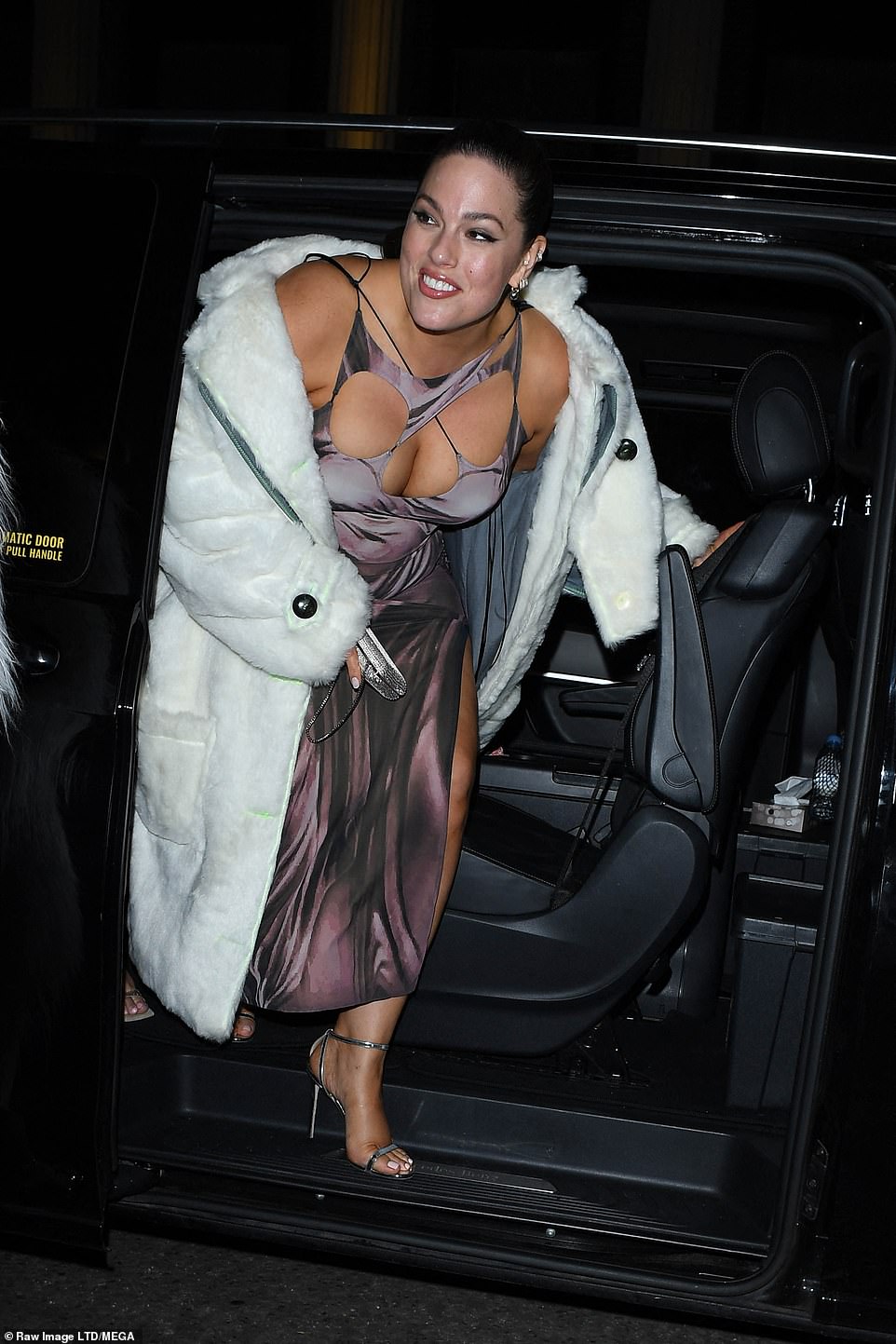 God times: Ashley was in great spirits as she rocked up to the swanky after party 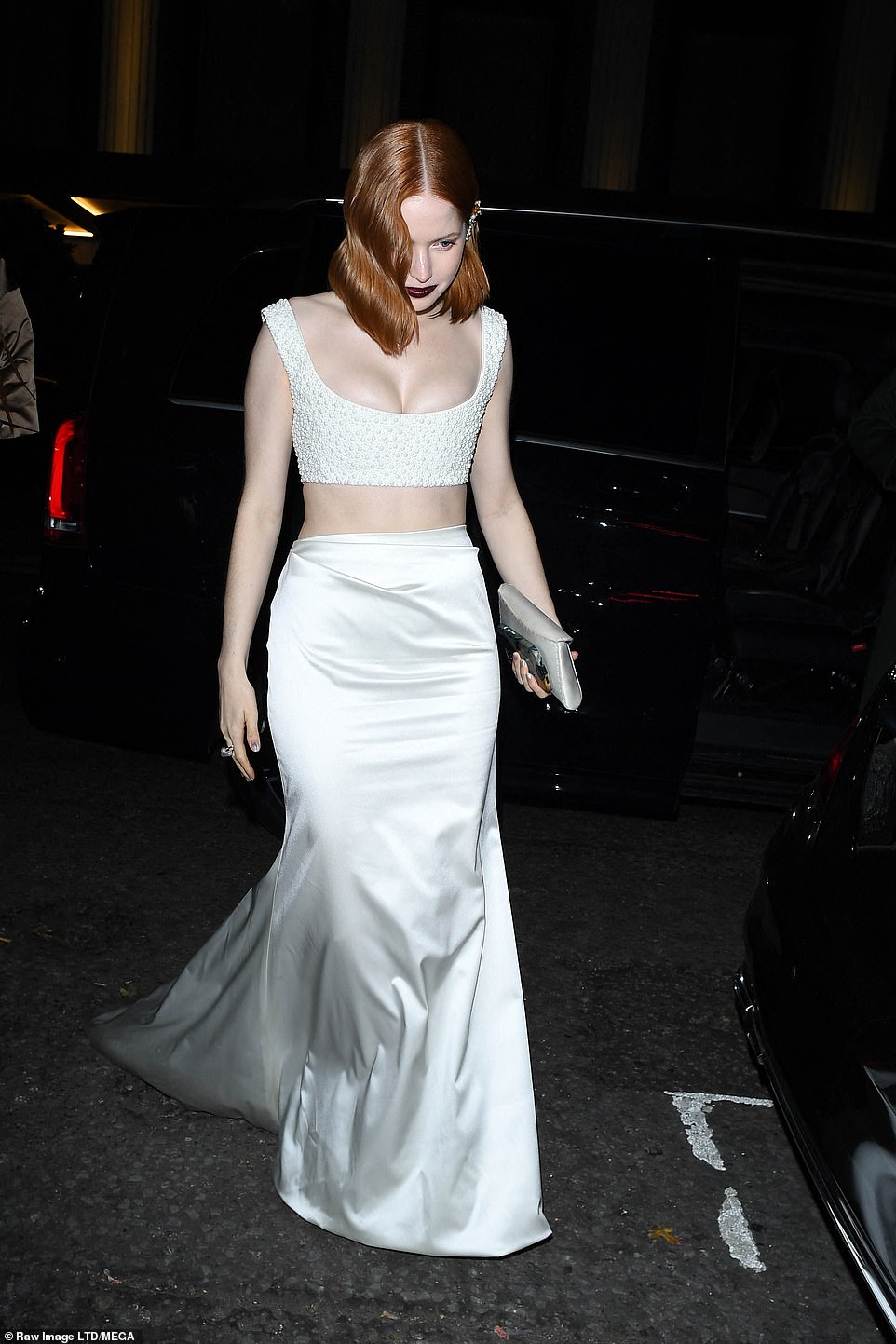 A bit of all white: Ellie Bamba flashed her midriff in a white embellished crop to and fishtail skirt

The 2022 Fashion Awards returned to the iconic London venue The Royal Albert Hall on December 5.

The star-studded event was hosted by British and Jamaican activist and actress Jodie Turner-Smith and will be presented by Diet Coke.

The event, one of the most anticipated moments of the global fashion calendar, celebrates fashion at the intersection of culture and is a global entertainment platform for brands, creatives, designers, artists and tastemakers who come together to celebrate the industry.

The Awards is a fundraiser for the BFC Foundation (British Fashion Council) and focuses on celebrating excellence in the fashion industry and supporting the future pipeline of creative talent. 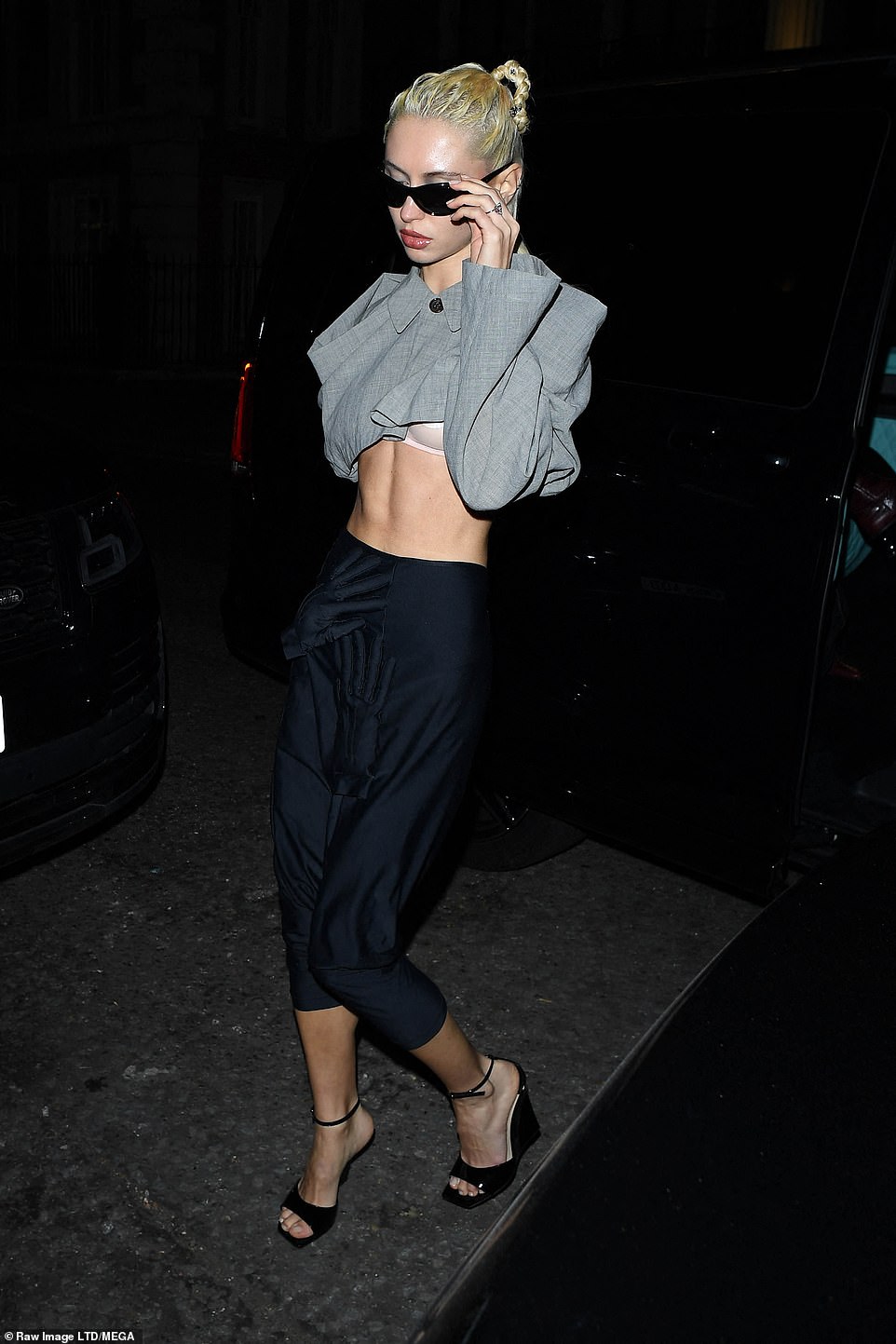 Chic: Iris Law, 22, made a quick wardrobe change as she headed to the 2022 British Fashion Awards ‘ afterparty

Revealing: Showing off her toned stomach, Iris donned the quirky cropped shirt in a pale grey shade, flashed a hint of her bra under perilously placed top 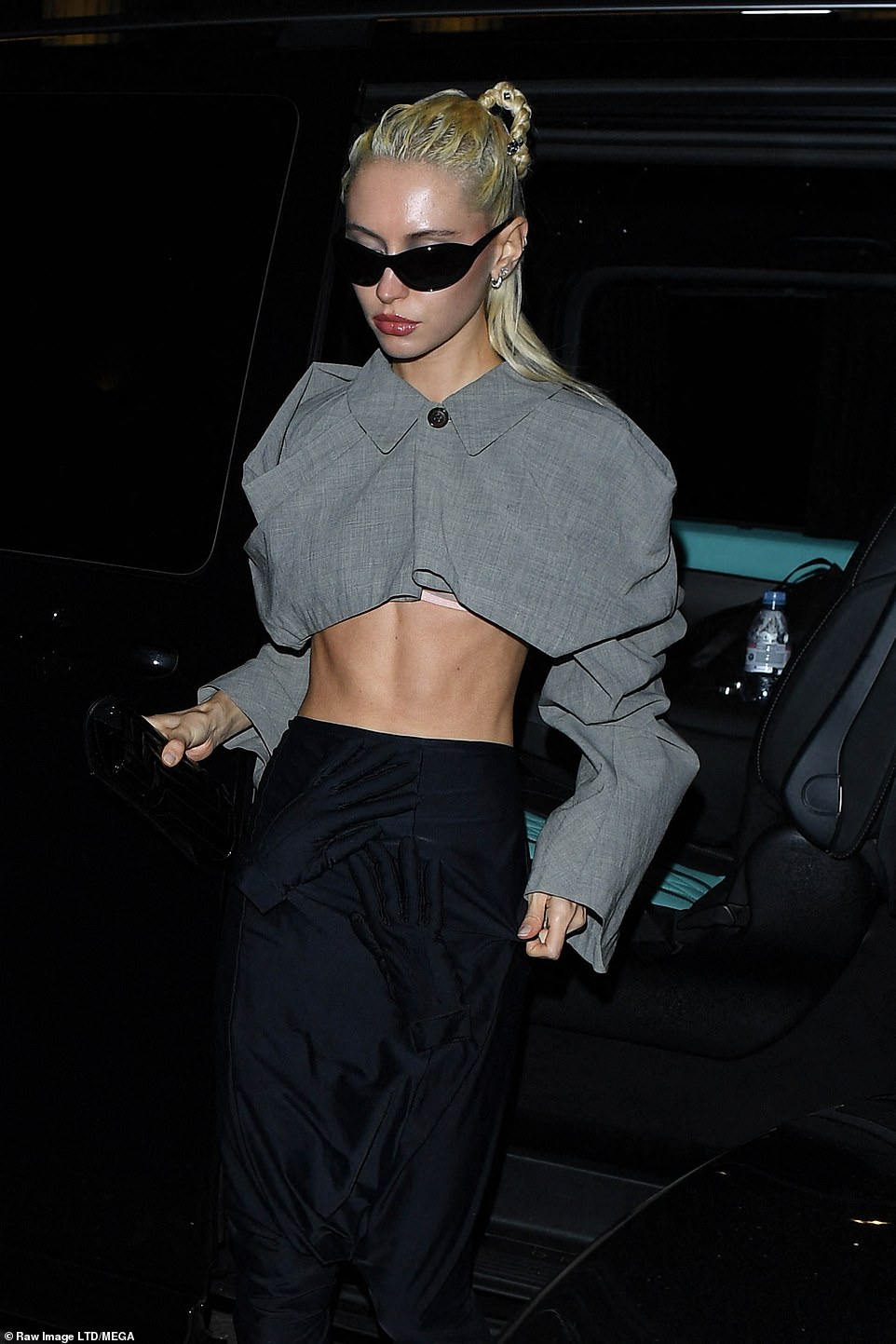 Bold! The model, 22, showed off her tiny waist in a grey cropped shirt and the same skirt she’d worn on the red carpet, emblazoned with a hand-print embellishment

The ceremony was first established in 1989 in a bid to spotlight those making impressive contributions to the industry.

The Model of the Year Award recognises the global impact of a model who over the last 12 months has dominated the industry, with an influence that transcends the catwalk. 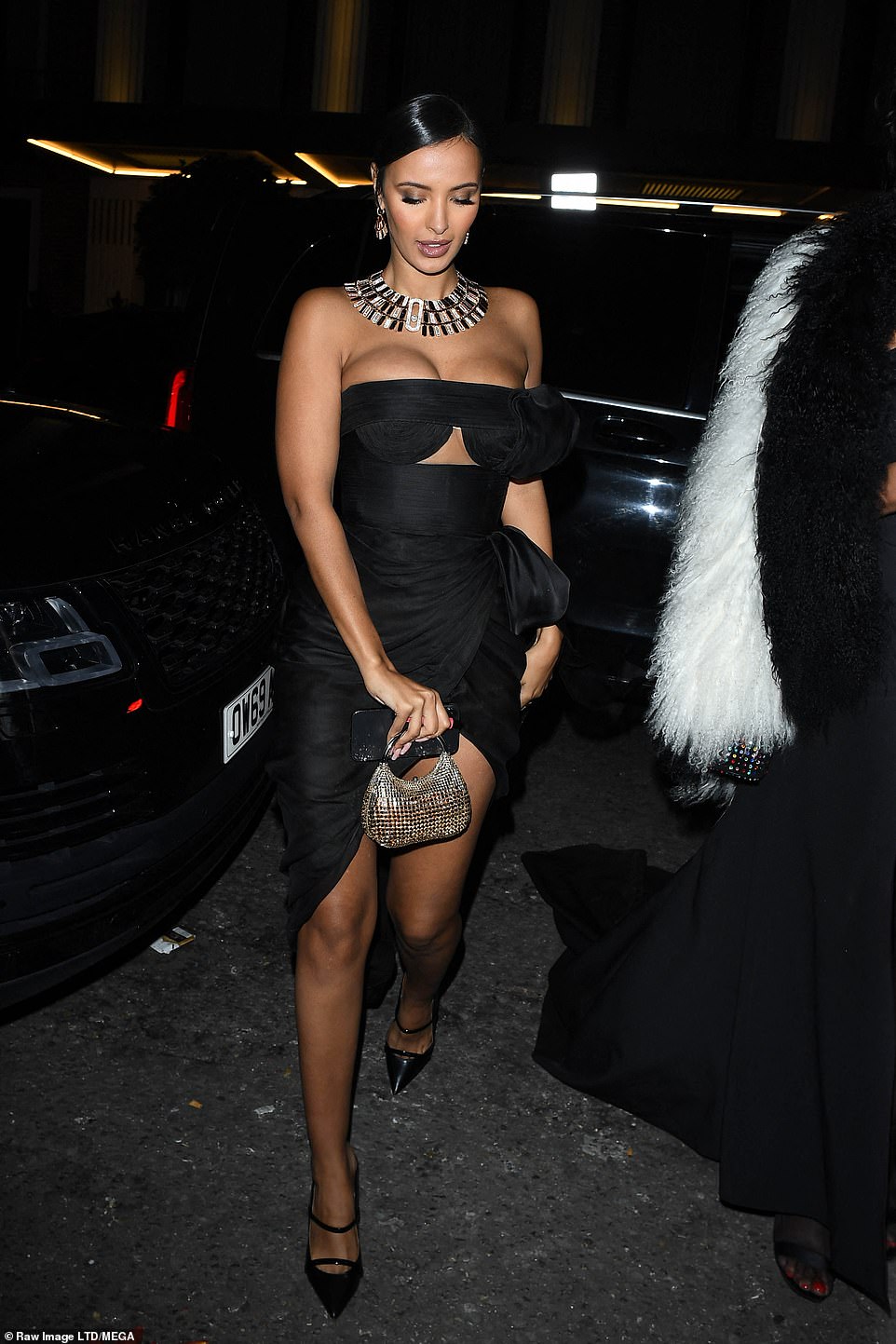 Here she is: Maya Jama ditched her wide-brimmed hat as she headed for a night of partying 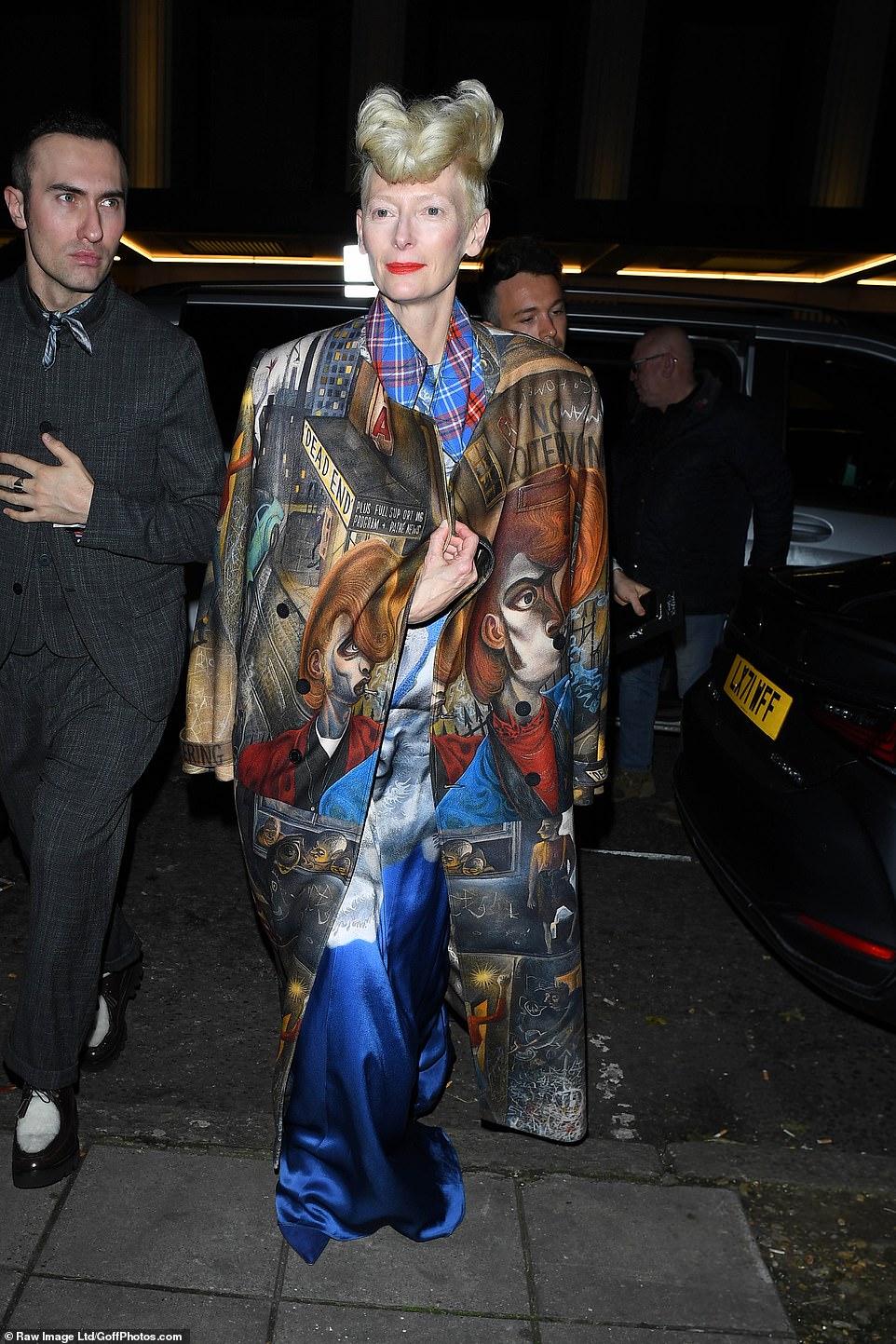 Icon: Tilda Swinton rocked the same eye-catching outfit she had earlier worn at the awards

Nominees for Designer of the Year included Demna for Balenciaga, Jonathan Anderson for JW Anderson and Loewe, Matthieu Blazy for Bottega Veneta, Miuccia Prada – with Pierpaolo Piccioli for Valentino taking home the award.

In the running for the Independent British Brand Award was Bianca Saunders, Erdem, JW Anderson, Molly Goddard and Wales Bonner.

Designer of the Year: Pierpaolo Piccioli for Valentino

The 15 designers, brands, creatives, and individuals who created positive change within the fashion industry this past year under three categories: Environment, People and Creativity.

Recognises designers and brands who made a global impact in the past year through their creativity in design, campaigns, collaborations and firm business foundation as well as defined the shape of global fashion.

Celebrates those who have made a significant contribution towards reducing the environmental impact of our industry to create positive change. They are the leaders and are setting the bar by exploring new business models, design principles, production processes, consumption, and disposal.

Recognises those who have led change by encouraging equal, diverse, empowered workforces from head office to supply chain and shop floor. It focuses on the impact fashion has on communities.