An auto theft suspect didn’t want to wait another seven years to see the next eclipse.

Allegedly using a stolen car, Jocsan Rosado, 22, of Orlando, Florida, took a joyride to a hardware store where he purchased a welder’s mask to watch the phenomenon.

Not knowing he was being followed by police, after Rosado bought the mask, he decided to watch it in the parking lot of Harbor Freight Tools on Osceola Parkway in Kissimmee.

Looking up at the sky and not suspecting a thing, police swarmed in and made their arrest.

There were no online court records for Rosado early Tuesday, and it was unknown if he had an attorney. 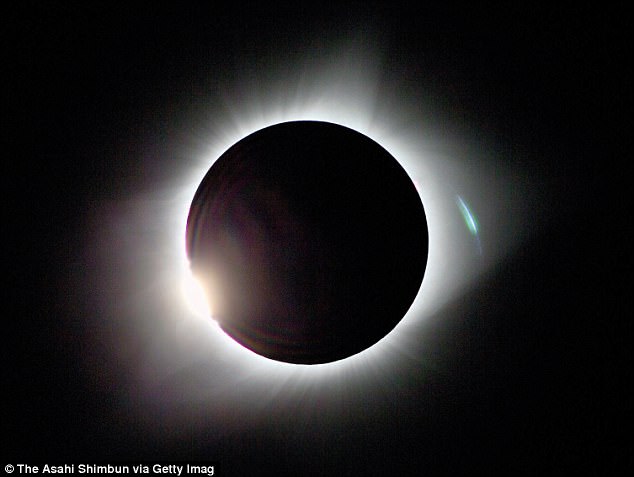 The phenomenon that started it all: Rosado was arrested while he was looking at the sky watching the astronomical event