Florida boy, 8, told detectives his father attacked him with a knife and killed his mom and sister

Detectives have revealed how a critically injured eight-year-old boy told officers his father was responsible for a horrific attack on his family where the boy’s mother was shot dead, his autistic sister stabbed to death and their home set ablaze.

Ronnie Oneal III, 29, was arrested after the March 18, 2018 attack on his family in Riverview, Florida.

Oneal’s son Ronnie Oneal IV, 8, stumbled out of the burning home when paramedics arrived, suffering burns on his body and a severe stabbing wound that exposed his intestines.

Four days after the murders, detectives interviewed the injured boy from his hospital bed where he said ‘My dad was saying ‘Allahu Akbar’ during his rampage, an Arabic phrase for ‘God is greatest’.

Ronnie Oneal III, 29, was arrested after he stabbed his son Ronnie Oneal IV, 8, with a knife so badly his intestines were exposed. Detectives interviewed the child from his hospital bed where he said ‘My dad was saying “Allahu Akbar”…he had a knife and he stabbed me’

‘Do you know who did this to you?’ detectives asked. ‘Dad’ the boy replied.

‘Do you know what he did to you?’ they asked. 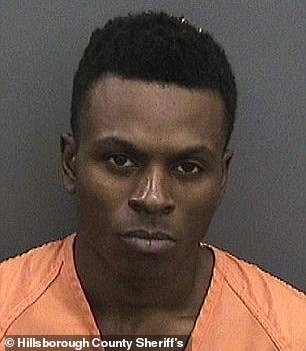 On March 18, 2018 Ronnie Oneal III, 29, was arrested after he allegedly shot dead his girlfriend, stabbed his daughter, 9, to death, critically wounded his son

‘He had a knife and he stabbed me. I’ll tell you more when I wake up,’ the boy said before drifting off to sleep, according to the Tampa Bay Times.

He said his parents were talking about God when the bloody attack took place.

The night of the attacks, Oneal III allegedly shot his girlfriend Kenyatta ‘Keke’ Barron, 33. Then he allegedly fatally stabbed and beat his 9-year-old daughter Ron’Niveya Oneal, who has autism, to death.

‘He shot her. She ran before he could make another shot…I ran but I forgot to get my sister,’ the boy told investigators.

Oneal then went to the garage to retrieve an axe and used it on the daughter, according to the boy.

Then he turned on his young son in the kitchen where he stabbed the child with a cooking knife. 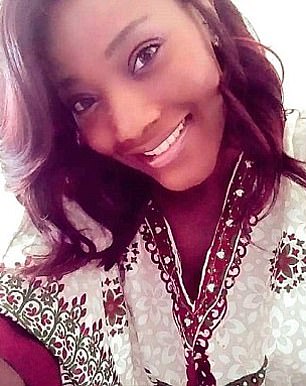 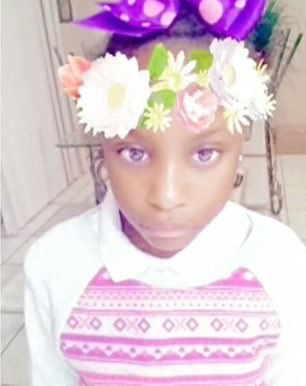 He allegedly shot girlfriend Kenyatta ‘Keke’ Barron, 33, (left) and later said: ‘Keke is the devil. The kids are the devil’s kids’. He also allegedly beat and stabbed his daughter Ron’Niveya Oneal, 9, (right) to death 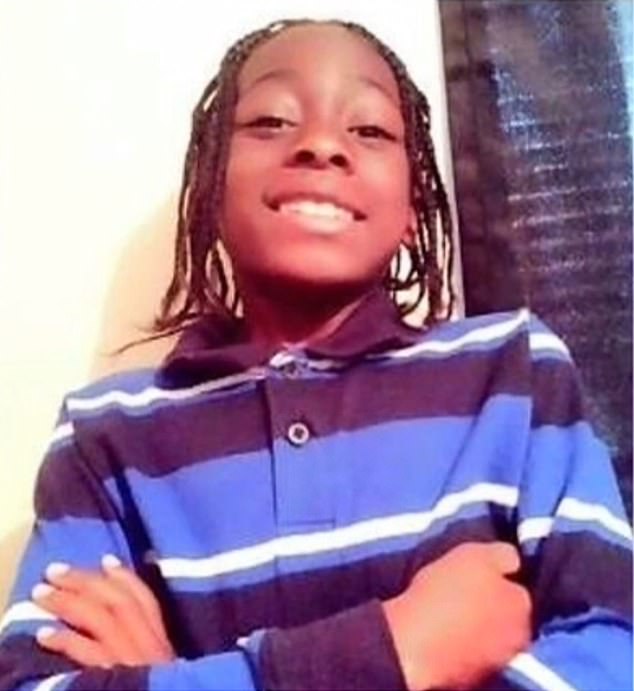 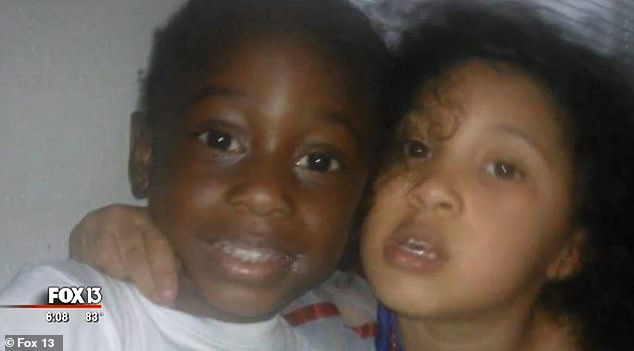 ‘Don’t say a word,’ Oneal said before coaxing his child to repeat the words ‘God is my father’.

Cops arrived to the Riverview, Florida home at 13248 Pike Lake Drive after Barron called police at 11.43pm and told the dispatcher she was shot. In the call recording, a series of screams can be heard as the dispatcher repeatedly asks for the home’s address.

According to transcript notes from the first call, Oneal IV can be heard saying ‘Make me a real man. Say “allahu akbar!”‘ Then a child’s voice is heard repeating ‘allahu akbar!’

Oneal IV then says ‘Now get in here and kill this b**** right now,’ followed by screams, according to the transcript.

‘I’m so sorry, Ronnie,’ Barron says over the yelling and pounding noises. 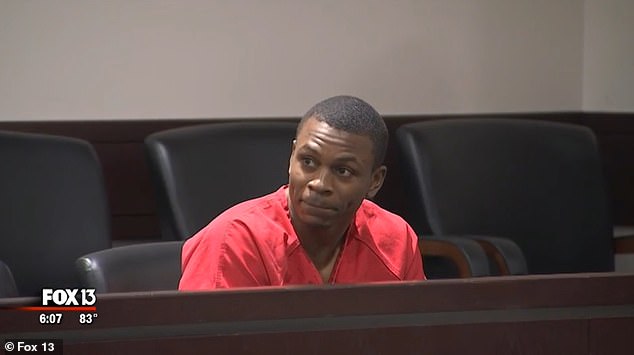 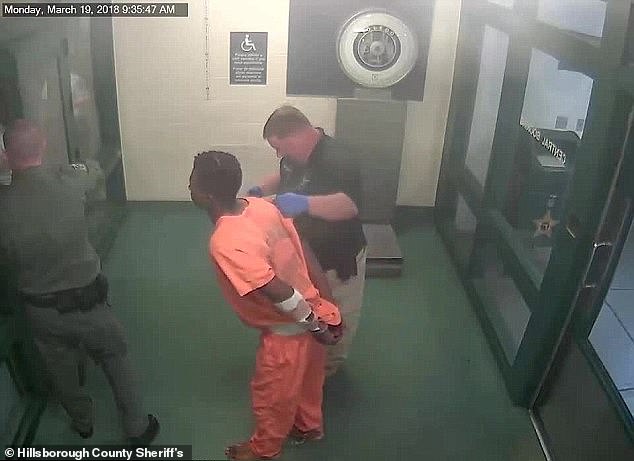 On Monday prosecutors revealed how detectives interviewed Ronnie Oneal IV, 8, where he detailed the horrific attack where his mom was shot dead and sister beat with an axe. Oneal III pictured after his arrest 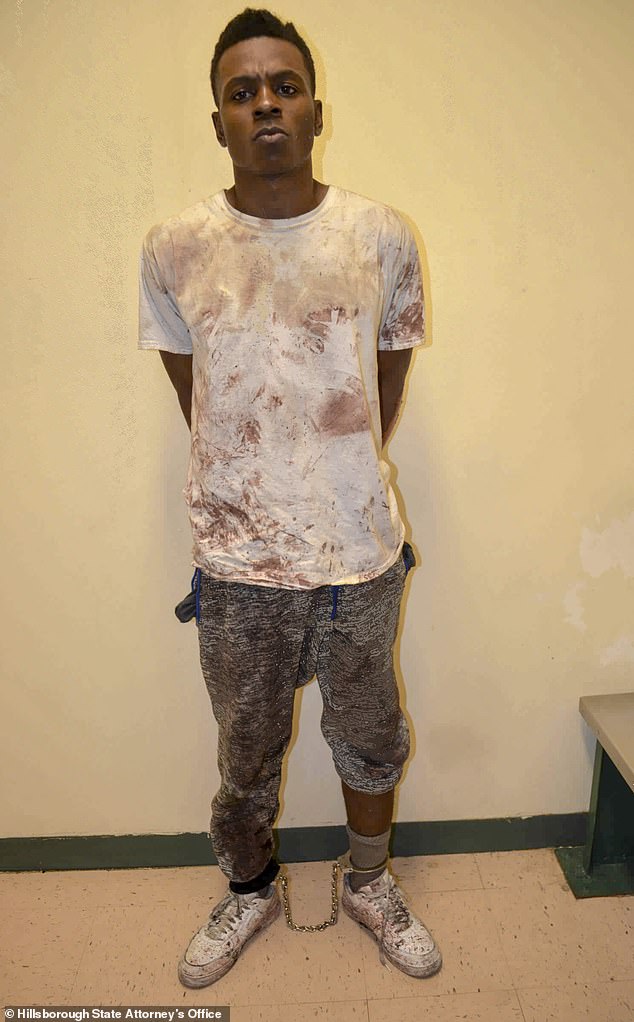 Oneal pictured above in an undated handout photo from the Hillsborough State Attorney’s office. He’s been charged with murder in the double slaying of his girlfriend and daughter 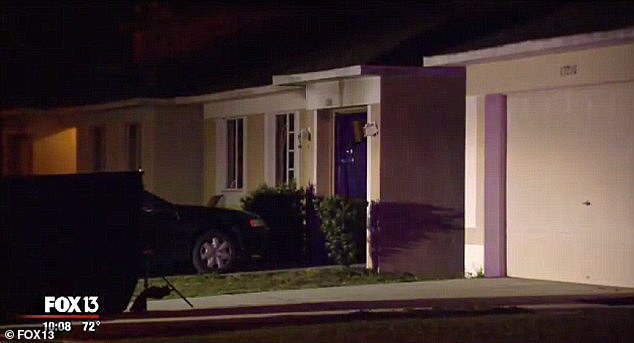 The horrific incident unfolded at this home in Riverview, Florida, near Tampa on March 18, 2018. Last month a court deemed Oneal mentally incompetent to face trial

‘I’m trusting you. I trust everything you do,’ she said.

Oneal ordered: ‘Say it again’ and she replied ‘I love you. Allahu akbar’.

Several minutes pass before cops receive a second 911 call, this time from Oneal saying ‘I’ve been attacked by some white demons’.

When cops arrived to the house at 11.49pm, Barron had ran from the home and collapsed on the front yard as Oneal stood next to her slumped body saying ‘You don’t understand. she killed me.’

Cops drew their guns and pointed then towards Oneal, who ignored the orders to get on the ground. Cops eventually tasered him then arrested him.

In the backseat of the squad car he said: ‘Keke is the devil. The kids are the devil’s kids.’

After treatment he’ll return to face trial and if he’s found guilty, prosecutors say they intend to seek the death penalty.