Florida cop, 41, who shot dead black musician whose SUV had broken down is sentenced to 25 years

A former Florida policeman was sentenced to 25 years in prison on Thursday, after he was convicted of fatally shooting stranded motorist Corey Jones three years ago.

Nouman Raja, 41, was found guilty on charges of manslaughter and attempted-first degree murder by a jury last month, following four hours of deliberation.

The fatal shooting occurred on October 18, 2015, after Raja – once an officer of the Palm Beach Gardens Police Department – approached Jones, 31, during a plainclothes patrol in the early hours of the morning.

He drove his unmarked the and stopped feet away from the housing inspector and part-time drummer, whose SUV had stalled on a darkened highway ramp.

Prosecutors said Raja never said he was a cop and acted so aggressively that Jones had to think he was about to be carjacked or killed.

Jones, a concealed weapons permit holder, then grabbed his gun and ran, before Raja fired upon him several times and fatally struck him through the heart.

Nouman Raja, 41, was sentenced to 25 years in prison on Thursday, after he was found guilty on charges of manslaughter and attempted-first degree murder 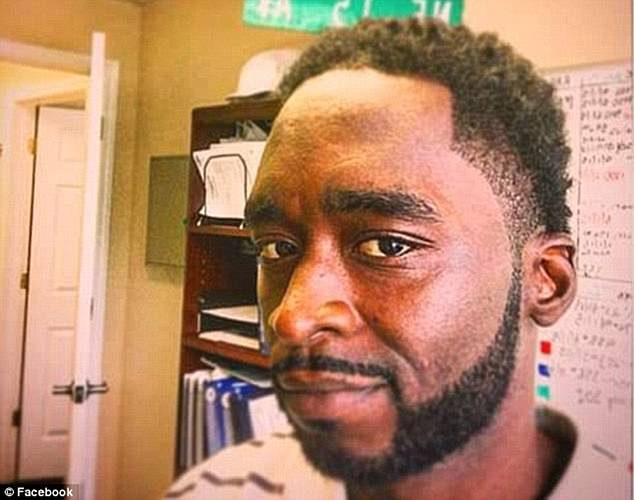 Corey Jones was fatally shot by the officer on October 18, 2015, after Raja approached Jones during a plainclothes patrol after spotting the 31-year-old stopped on a highway

‘This has been a heart-breaking case,’ Circuit Judge Joseph Marx said before handing down the sentence.

The statement came moments after Clinton Jones Sr., Corey’s father, said he can’t bear to delete his son’s contact number from his phone, even now, three-and-a-half years on from his death.

‘It’s just hard for me to let go,’ Jones told the packed courtroom. ‘I keep it in my phone.’

Raja’s manslaughter count carried a potential punishment of up to 30 years, and the attempted murder charge was punishable by up to 25.

Jones’ maternal aunt and godmother, Sheila Banks, urged the judge to keep the shamed police officer ‘in prison for the rest of his natural life’.

In a letter to the judge earlier in this month, Jones’ uncle, Marc Johnson, wrote: ‘Good cops are heroes. Nouman Raja is a criminal.’

He also noted that Raja ‘chose to confront Corey Jones and kill him for no reason. Afterwards he lied and conspired to cover up his crime and blame the victim.’ 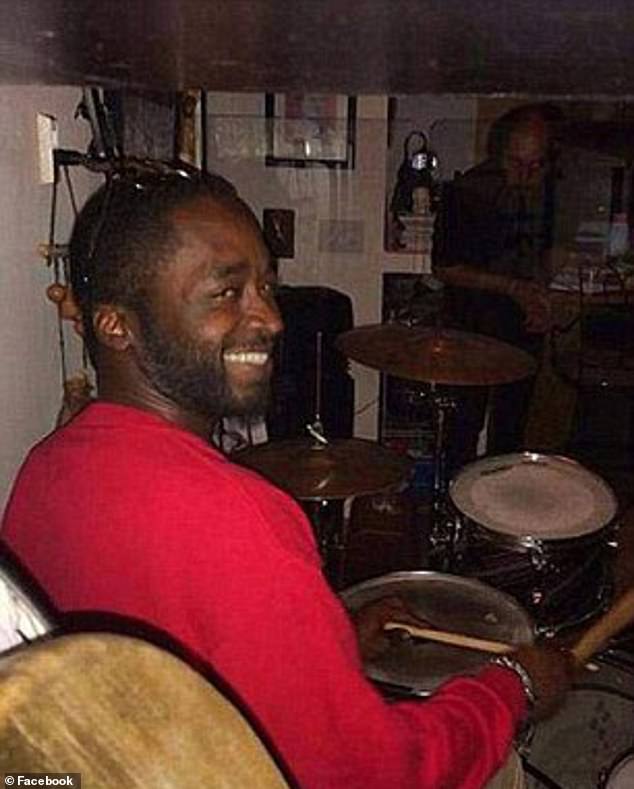 Raja drove his unmarked van the and stopped feet from Jones (pictured), a housing inspector and part-time drummer

Jones’ SUV (shown) had broken down after stalling on a dark highway. He later grabbed his gun and fled the vehicle, when Raja opened fire 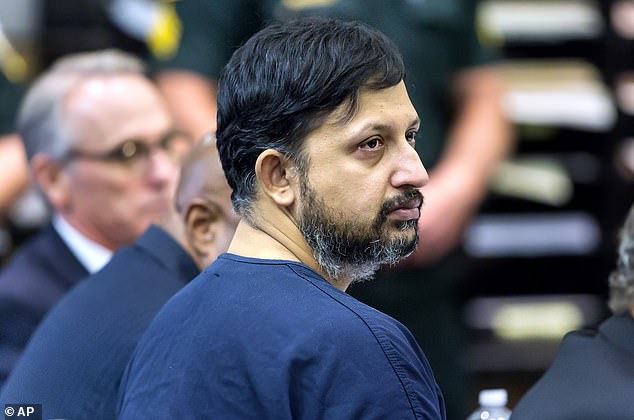 Raja previously claimed that Jones had pulled a gun on him as he approached the musician, prompting him to open fire.

Prosecutors say the most crucial piece of evidence in disproving Raja’s claims came from Jones’ recorded call for a tow truck, which documented the heated confrontation between the pair, the gunshots and the immediate aftermath.

Suddenly, Raja shouts at Jones to raise his hands, using an expletive. Jones replies ‘Hold on!’ and Raja repeats his demand.

Raja fired three shots and Jones ran down an embankment. Prosecutors say he threw his gun, which was found 125 feet from his body, but Raja fired three more times, 10 seconds after the first volley.

Prosecutors said that Raja, not knowing of the tow-truck dispatcher recording, tried to deceive investigators. 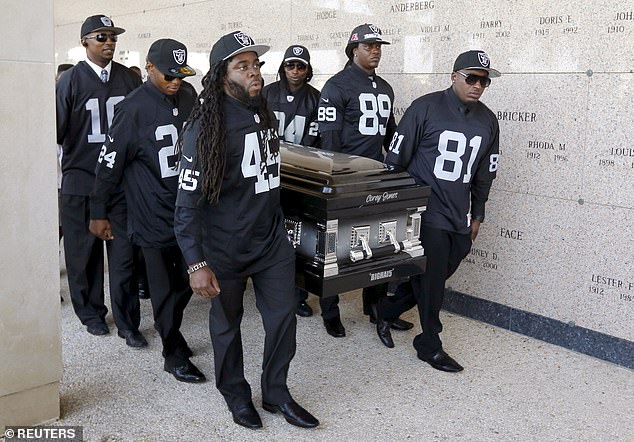 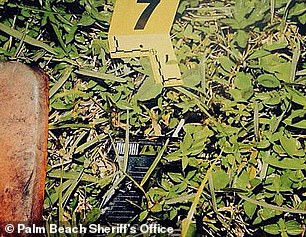 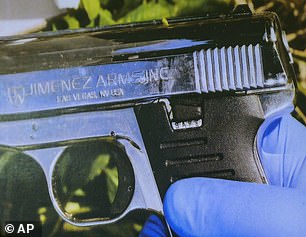 Corey Jones threw his gun shortly before he was shot dead. It was found 125 feet from his body 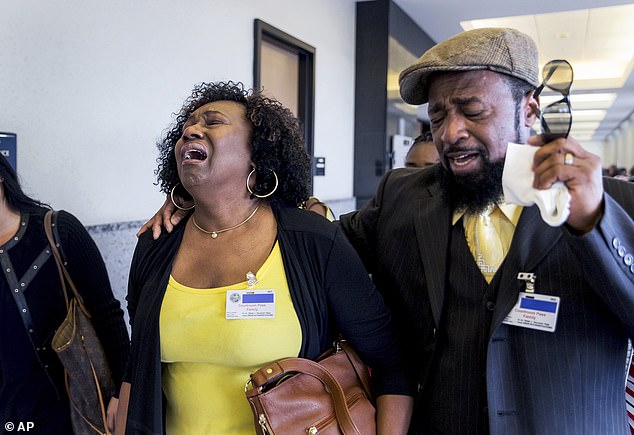 Kattie Jones and her husband, Clinton Jones, Sr., father of Corey Jones, walk down the hall from the courtroom after Nouman Raja was found guilty last month

He told them in a video-recorded interview hours after the shooting he said ‘Police, can I help you?’ as Jones jumped from the SUV. He told investigators Jones then leaped backward and pointed his gun, forcing him to fire.

Raja said Jones ran but turned and again pointed his gun, forcing him to fire the second volley.

It’s considered extremely rare for an officer to be charged in an on-duty shooting, leaving Judge Marx few case studies to compare the shooting with when identifying an appropriate sentence for Raja.

Raja is the first Florida police officer in 26 years to be tried for an on-duty killing, and the first in three decades to be convicted.

Prosecutors explained Raja’s attempted murder count focused on specific gunshots, while the manslaughter count ‘was based upon an entire course of conduct showing reckless disregard for human life.’

‘The sweetest sound was the click of those handcuffs,’ one of Jones’ family members told reporters outside the courtroom.