‘We’re not trying to steal anything, there’s an alligator at your door!’: Bizarre moment couple’s Ring doorbell captures three men suspiciously creeping up to their front door – before spotting them capture the snappy reptile

A young couple ‘freaked out’ when they saw a group of men attempting to ‘break-in’ via their doorbell camera but were pleasantly surprised to discover they were actually rescuing a rogue alligator sat on their doorstep.

Miranda and Brandon Taylor, 22 and 23, weren’t at their home in Port Richey, Florida, on April 9 when their Ring doorbell flagged up a disturbance outside their house and became concerned their empty home was being burgled.

The bizarre footage shows three men standing on their front porch looking intently at something near their door and creeping towards it.

Miranda and Brandon Taylor, 22 and 23, ‘freaked out’ when they saw men suspiciously lingering outside their home in Port Richey, Florida, but didn’t spot the alligator 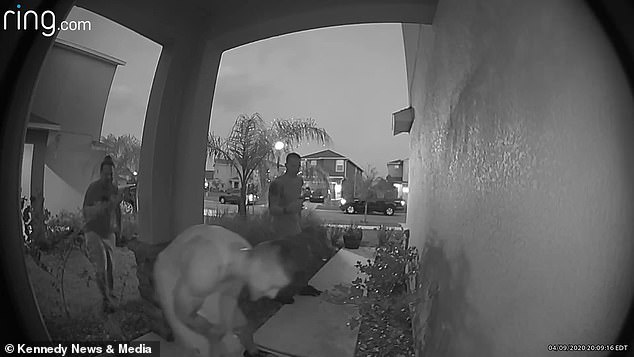 The group realise the house has a video doorbell and worry that what they are doing may look suspicious. One says: ‘They’re probably looking at us like what is going on. Don’t freak out, we’re not trying to do anything.’

One of the men gets close to the door and explains ‘there’s an alligator at your door sorry,’ before lunging down to tackle it.

He disappears from view and a few seconds later steps back holding the reptile in his arms and walking it away from the house. 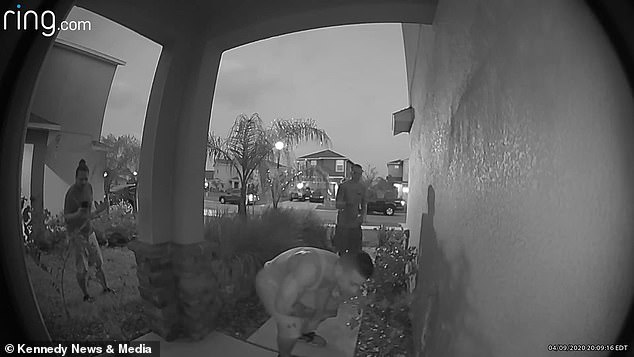 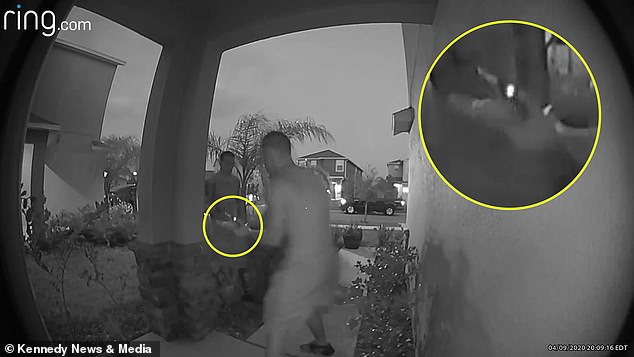 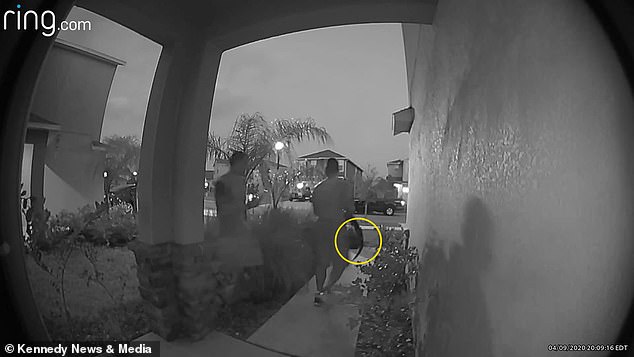 Mrs Taylor, who works in financial services, said: ‘When we opened the video, we freaked out because we thought we were about to be broken into.

‘We turned off the music in the car and listened to the sound intently to see what was happening, which is when we heard them explain about the alligator.

‘When we heard that we relaxed a little and just watched it all unfold. 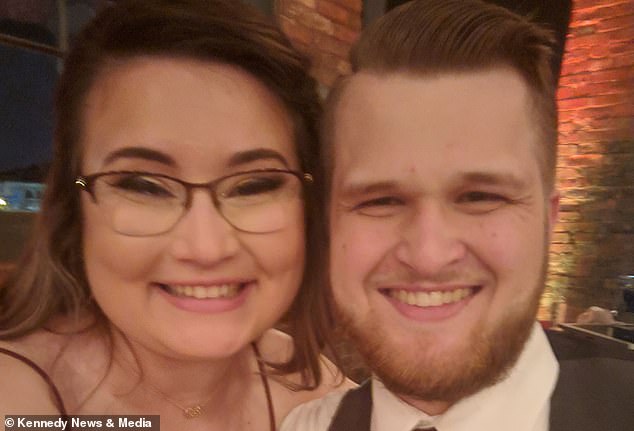 ‘Before we left, we had moved some packages inside from the doorstep otherwise the gator could have grabbed them.

‘There is a pond in our neighbourhood and we think it came from there and was just walking along the sidewalk so residents were concerned.

‘This is definitely something that only happens in Florida.

‘We were out of the house on a drive just to get outside and get a lot of notifications from Ring because the wind blows the tree out front and we thought this was another.’