Dr Alexander Ralys, 30, has been charged with sexually battery for allegedly raping a 15-year-old boy in his bed

A Florida doctor has been arrested for allegedly raping a 15-year-old after he was caught laying on top of the teen in bed, with both the suspect and victim appearing naked from the waist down.

Deputies from the Volusia County Sheriff’s Office responded  to a home in DeBary at around 1.45am on Thursday after a witness called 911, saying he found 30-year-old Alexander Ralys on top of the 15-year-old.

The victim later told the officers that Ralys sexually battered him and claimed that it was not the first time that he took advantage of him.

The witness removed Ralys from the house immediately after he walked in on the pair in bed, and Ralys was still outside the home when deputies arrived.

Ralys was charged with sexual battery on a victim over the age of 12 and under the age of 18. He was transported to the Volusia County Branch Jail to be held without bond. Additional charges are possible pending further investigation.

According to an arrest report obtained by the station WKMG, Ralys had been staying at the home of his 28-year-old childhood friend, along with the 15-year-old.

The friend told the authorities that Ralys first attempted to get into bed with him, but he told the 30-year-old to leave. Ralys then ended up in the room of the 15-year-old boy. 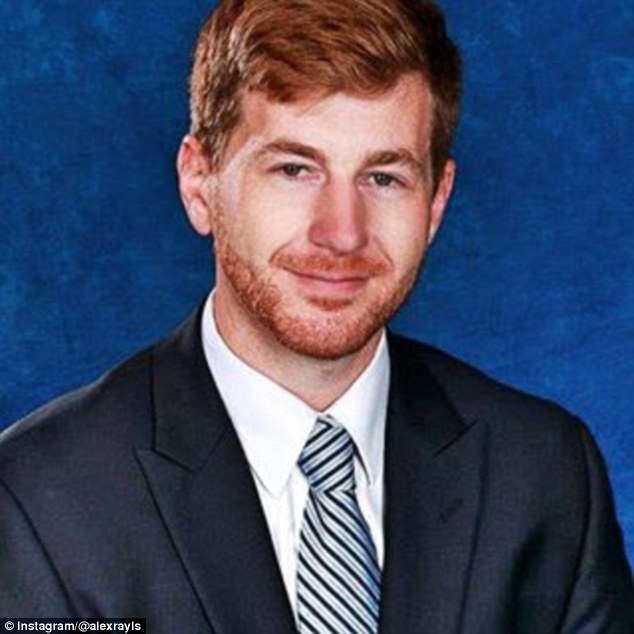 Ralys said he was lonely and just wanted to cuddle with the teen, whom he has known from the time the victim was two

When interviewed by detectives, the physician said he could not sleep and was feeling lonely, so he wandered into the boy’s bedroom, which had a bunk bed, and went to sleep in the bottom bunk next to the teen.

Ralys said all he did was cuddle with the minor, and that at some point during the ‘cuddling,’ he ended up on top of him.

The doctor noted that he has known the boy from the time he was two years old and denied sexually battering him.

The victim told detectives a different story, claiming that he woke up in the middle of the night to find that his underwear had been removed, allegedly by Ralys.

He said Ralys sexually battered him that night, and that a few months earlier, the older man showed him pornography and performed a sexual act on him.

A judge on Friday set Ralys’ bond at $15,000, which he has since posted and was released from jail.

Ralys is listed as a first-year resident in family medicine at Orange Park Medical Center in Orange Park, where he has now been suspended.