Florida father, 24, charged with murder after ‘shaking his infant son to death’

Florida father, 24, charged with murder after ‘shaking his infant son to death after the boy defecated on him’

Luis Angel Matos, 24, has been arrested for murder after ‘shaking his infant son to death after the boy defecated on him’

A Florida father has been arrested for murder after he allegedly shook his 45-day-old son to death.

Luis Angel Matos, 24, is accused of the horrific crime, which is said to have taken place at his home in New Port Richey on September 21.

Deputies arrived at the address on that day to find the baby boy ‘unresponsive and bleeding from his nose’, according to NBC Channel 8.

Doctors determined that the infant had suffered ‘abusive head trauma leading to death,’ which is usually caused by ‘violent shaking’.

According to a police affidavit, authorities took Matos in for questioning, and it was then that he claims that he ‘acted out how he willfully and intentionally caused the abusive head trauma that lead to the boy’s death’.

According to investigators, Matos was looking after his son on his own when the baby boy defecated on him.

He picked the infant up and ‘pressed his thumbs deeply into the child’s chest and shook him for about 10 seconds’.

Matos put the baby down and then went to his own bed to sleep. 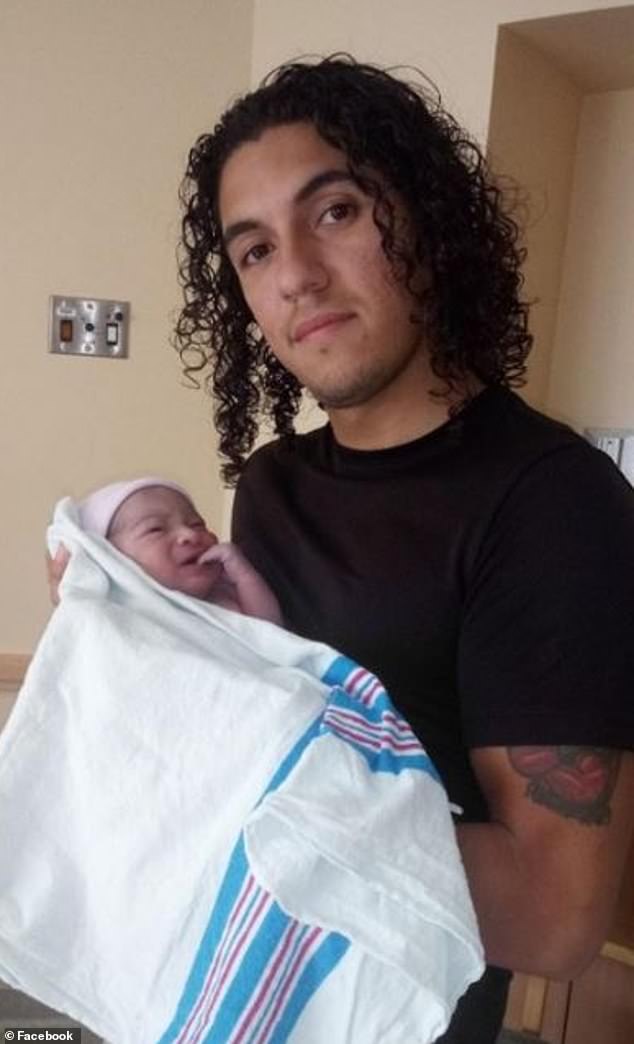 Later, he was awoken by the tot ‘making upchuck noises and breathing sporadically’, however he did not get up to check on his son as he believed the sounds were prompted by the shaking that he had given him.

When he eventually got out of bed to check on the infant, he found that he was cold to the touch and had stopped breathing.

By that stage, his wife had reportedly returned home and he awoke her.

She called 9/11 and attempted to perform CPR on the boy, as Matos combed his hair, NBC 8 reports.

He has now been charged with murder/homicide, according to the police affidavit.

On Facebook, Matos appeared as a loving father, who posted a photo that showed him cradling his baby born just after he was born.

‘I’m A Proud Father Of This Beautiful Boy,’ he wrote beneath the image on August 6.

‘I’m Gonna Be An Amazing Dad And Protect You With My Life. Never Thought I Would Be In Tears Witnessing Your Welcome Into My World.’ 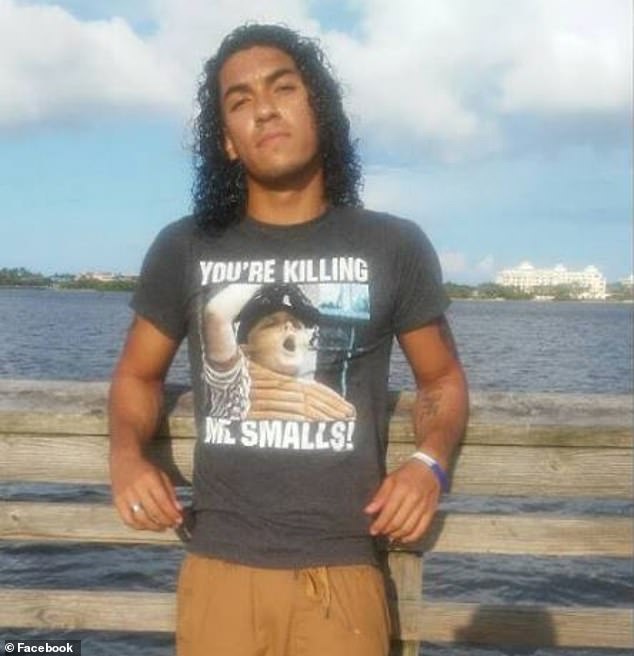 Matos has now been charged with murder/homicide, according to the police affidavit