Lee Goggin, a resident of Dallas, Texas, passed away on Tuesday, after experiencing cardiac arrest while he was buried alive when a sand tunnel he was digging collapsed on him in Florida on Sunday.

The husband and father of three was passing through St. Augustine while on vacation when the family stopped at Crescent Beach, and tragedy struck.

‘It is with great sorrow and sadness that I write this. My precious, big brother is with Jesus,’ Goggin’s sister, Rachel Burt, confirmed in a Facebook post on Tuesday.

A fundraising page was previously set up by Burt to help with medical costs, and has since raised more than $40,000 for Goggin’s family.

Lee Goggin (right), a resident of Dallas, Texas, passed away on Tuesday, after experienced cardiac arrest while he was buried alive when a sand tunnel he was digging collapsed on him in Florida on Sunday; He is seen here with, left to right, daughter, Rylee, 8 months old; son, Jace, age 4; wife, Courtney Goggin; and son, Colton, age 2

Burt explained on a GoFundMe page what a uniquely tragic, and especially difficult financially, situation Goggin’s untimely death has placed his wife, children and the rest of his family in.

‘Lee was diagnosed with kidney disease that lead to a kidney transplant in 2014 that was donated by his brother, Aaron,’ Burt wrote in an update to the GoFundMe page.

‘Because of Lee’s kidney transplant, he did not qualify for life insurance. He was the primary source of income for his family of five.’ 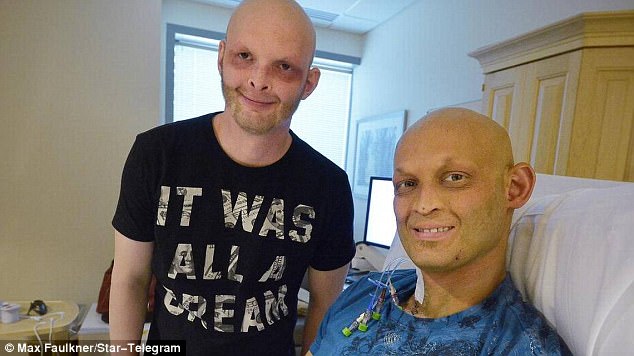 The kidney transplant required a six-hour surgery at Baylor All Saints Medical Center in Fort Worth, Texas, the Star-Telegram reported.

‘It’s something he would have done if the situation was flipped and I was the one who was needing it,’ Goggin’s brother said at the time.

‘He would have been there for me.’

Goggin said after the transplant: ‘I just want to make sure that I take care of the kidney as well as possible so it lasts for a really long time.’

Little did he know his new lease on life would be cut drastically short, just four years later. 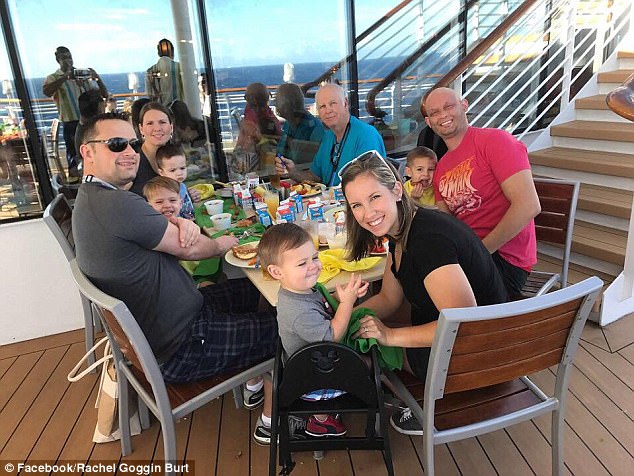 Goggin is sene here with his wife, children and other family members

At first the family had hoped he would pull through, but the 35-year-old personal personal trainer succumbed to his injuries on Tuesday at Flagler Hospital’s Emergency Room.

‘He has a heartbeat but he is not breathing on his own,’ Burt wrote on Sunday via GoFundMe page she set up seeking donations to help with medical costs.

‘The next 24 hours will be very critical for him and we need all the prayers we can get. Our God is a mighty God and we have faith.’ 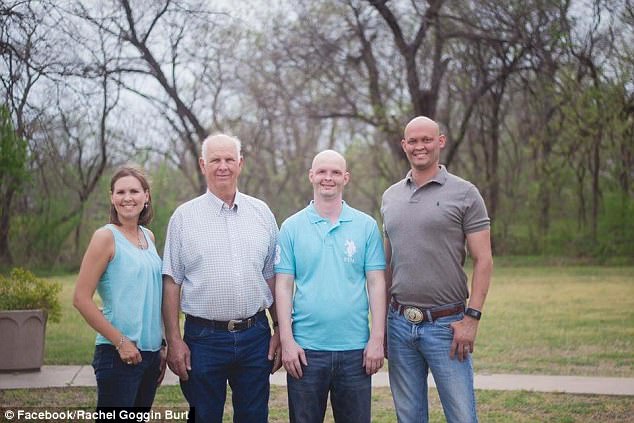 Goggin (right) is seen here with his sister, Rachel Burt (left), brother Aaron (second from right), and their father (second from left) 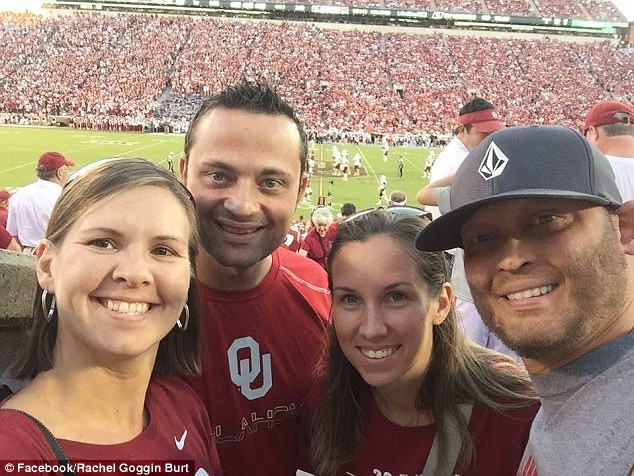 ‘Our family was just starting off on vacation when we stopped in at the beach in St. Augustine, Florida to let the kids burn some energy,’ she wrote.

‘Lee was building a tunnel in the sand when it collapsed on him.’ 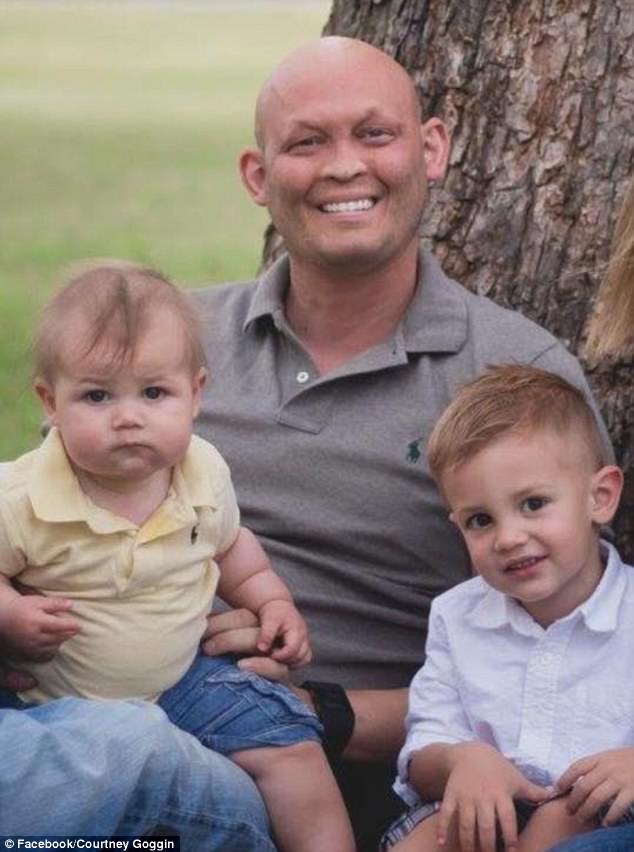 Lee Goggin (seen here with two of his chidren), a resident of Dallas, Texas, went into cardiac arrest while he was buried alive, after a sand tunnel he was digging collapsed on him in Florida on Sunday; he died on Tuesday 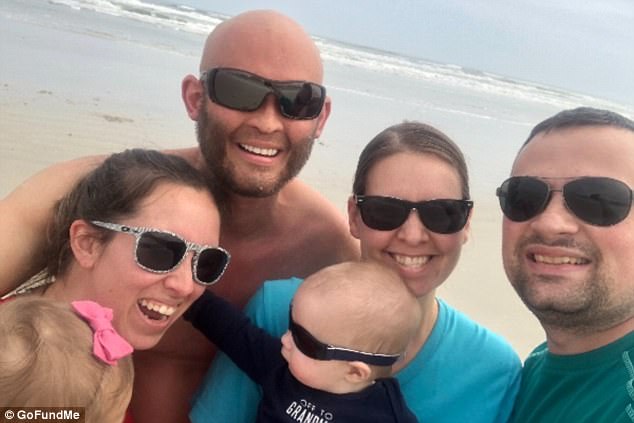 Goggin (second from left), is shown here in a photo shared on the GoFundMe page his sister created on Sunday 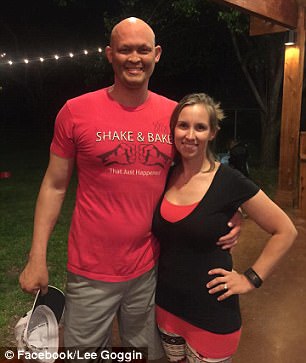 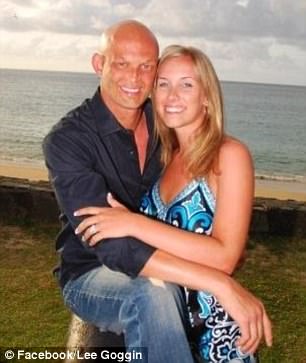 Goggin is seen here with his wife, Courtney Goggin, who was also with the family on vacation

The first responders had to remove approximately 2-3 feet of sand before they found Goggin and removed him the from collapsed sand tunnel, SJCFR said in a Facebook post shared on Sunday afternoon.

The damage his body suffered proved to be too much for him to recover, after initially being hospitalized in critical condition on Sunday, immediately following the accident. 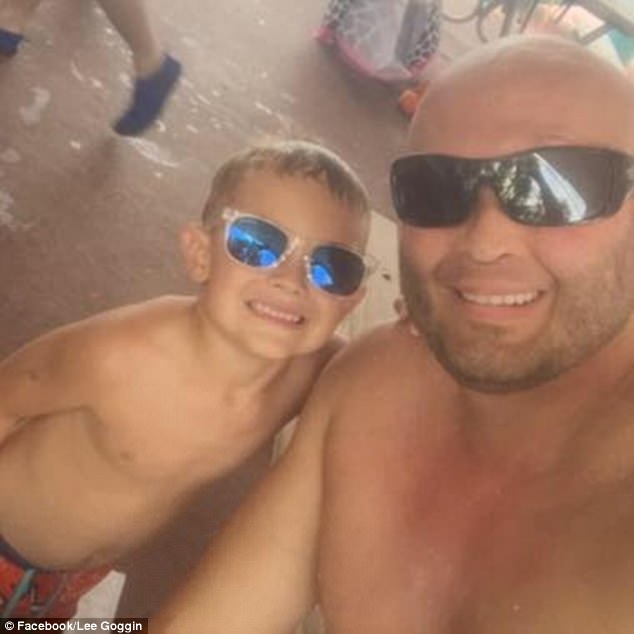 Goggin was taken to Flagler Hospital’s Emergency Room, where he was listed as being in critical condition 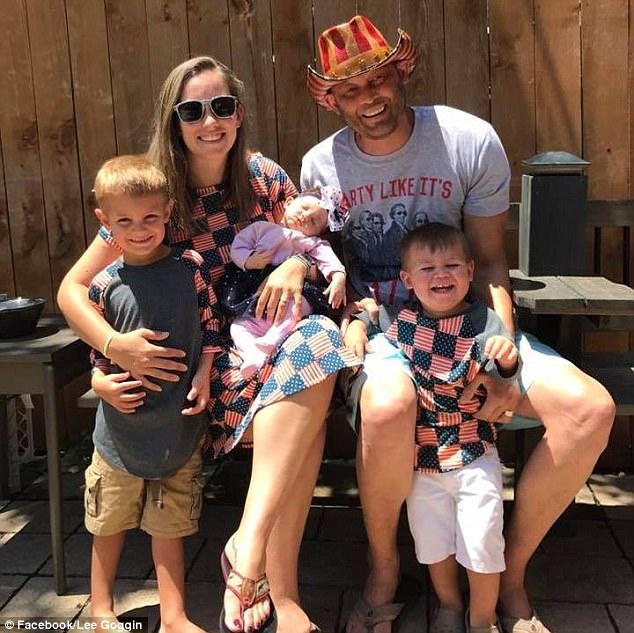 The first responders had to remove approximately 2-3 feet of sand before they found Goggin (top, right) and removed him the from collapsed sand tunnel 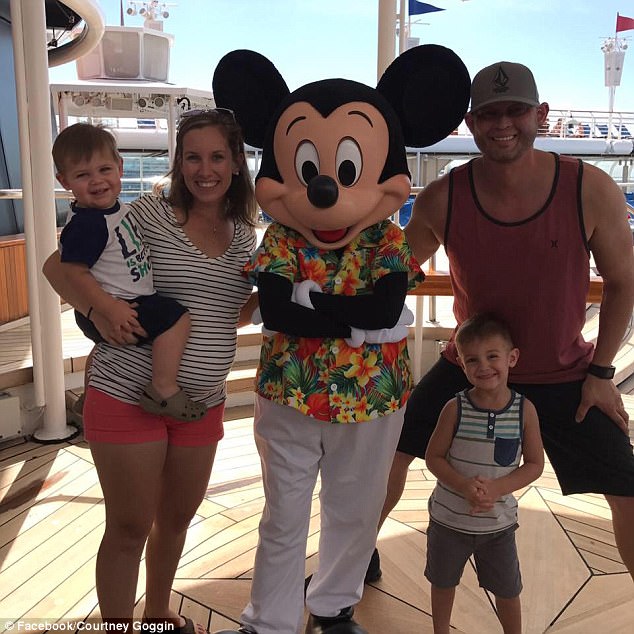 Goggin’s family has found comfort in the fact that his death may save lives.

‘Lee wanted to give as much of himself to others as he could,’ Burt wrote.

‘He will be following, once again, in our mom’s footsteps by donating as many organs as possible to bring hope to other families.’ 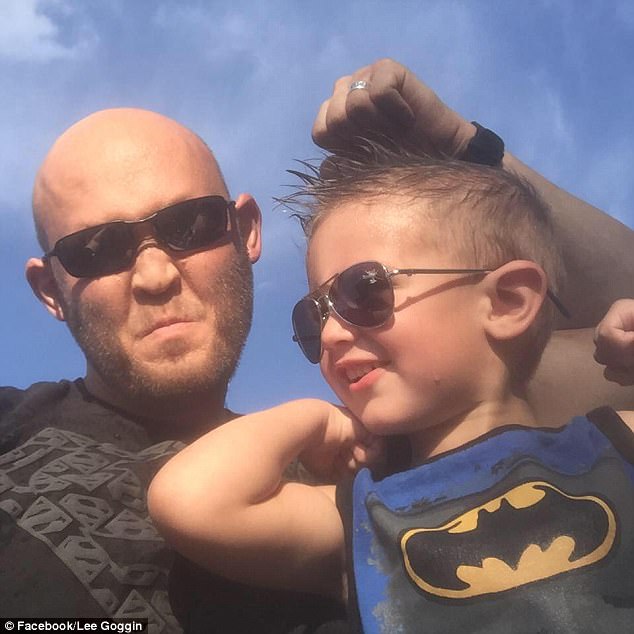 SJCFR did not immediately return a phone message from DailyMail.com seeking an update 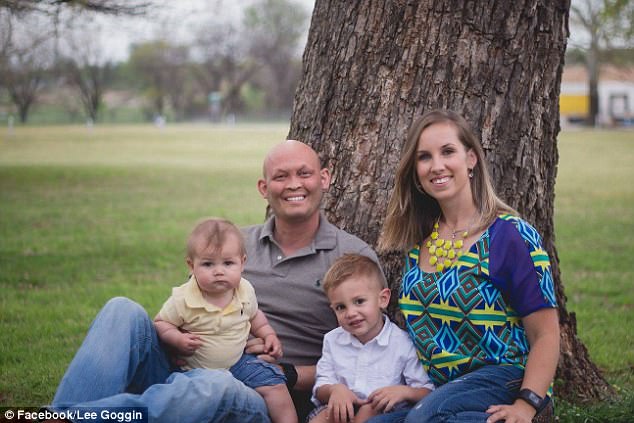 ‘[Goggin] has a heartbeat but he is not breathing on his own,’ his sister wrote on Sunday 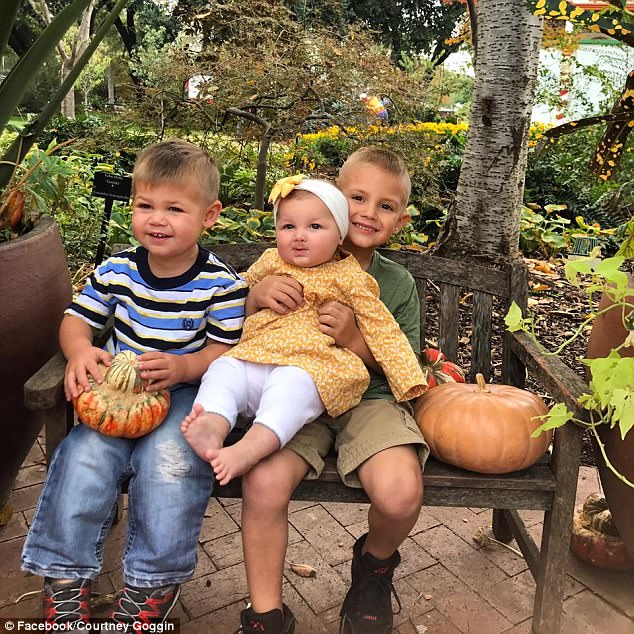 Burt wrote on Sunday: ‘Please keep his wife, Courtney, and their three sweet children, Jace, age 4, Colton, age 2, and Rylee, 8 months old, in your prayers along with his immediate family.’

Burt has asked anyone who knew Goggin to please send pictures and stories for the future creation of a book about the life her brother lived, via email, here.

Goggin is originally from Wellston, Oklahoma.

The accident occurred in the 8200 block of State Road A1A South’s Crescent Beach.

Donations to the family may be made here. 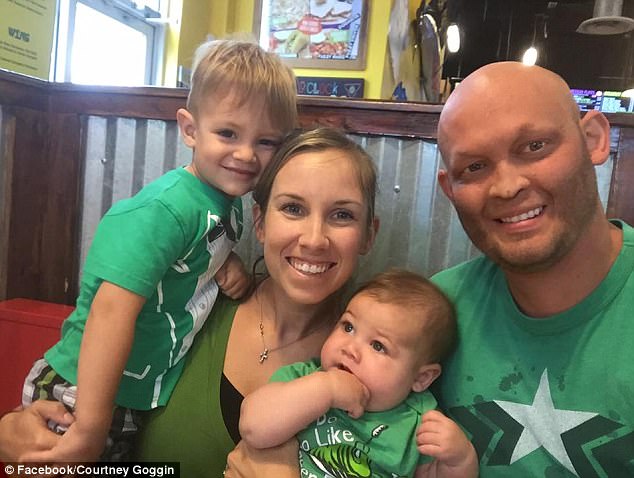