A 19-year-old college football player has died after collapsing at practice.

Nicholas Blakely of Lawrenceville, Georgia, was at Stetson University in DeLand, Florida, on Monday evening when he notified coaches he wasn’t feeling well.

Nicholas was immediately pulled from the football field and taken to the sidelines where trainers who said his heart rate was unusually high monitored him closely for 30 to 40 minutes as he started to show signs of recovery. 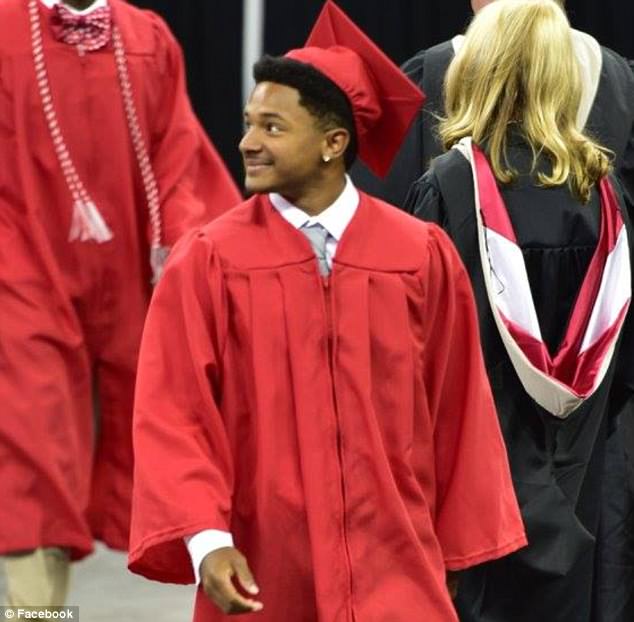 But he suddenly collapsed while drinking water and appeared to have a seizure, according to the Daytona Beach News-Journal.

The athletic trainers immediately gave Nicholas CPR and a defibrillator while they called 911.

DeLand Fire and rescue arrived on the scene at about 7.30pm and took over trying to revive Nicholas.

He was later rushed to Florida Hospital DeLand, where he was pronounced dead, according to Daytona Beach News-Journal.

The cause of death is still unknown but there will be an autopsy.

Since his passing, students and administration at the university have been grieving and reflecting on the type of person Nicholas was.

Stetson University quarterback, Gaven DeFilippo, said: ‘He could just light up a room.

‘He’s a competitive guy. He was going to give you your best shot every play. He was a great teammate, a great person and he will be missed every day.’ 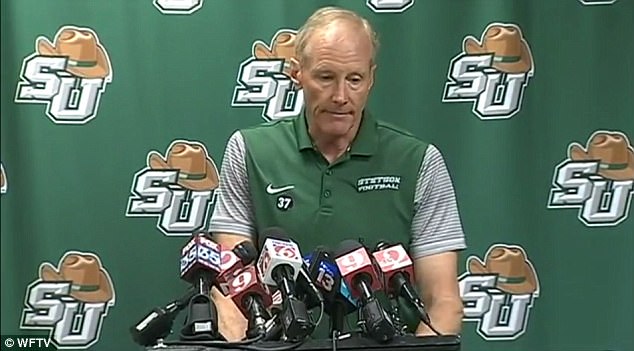 Nicholas’s best friend and teammate, Reggie Gantt, remembered him as someone who could light up a room just by walking through the door, according to wftv.com.

‘He’d walk into a room and just burn it with a smile,’ Reggie said.

Head Coach Roger Hughes and University President Wendy Libby are also among those mourning the loss of Nicholas.

On Tuesday the two led a community gathering in Nicholas’s memory inside Allen Hall. 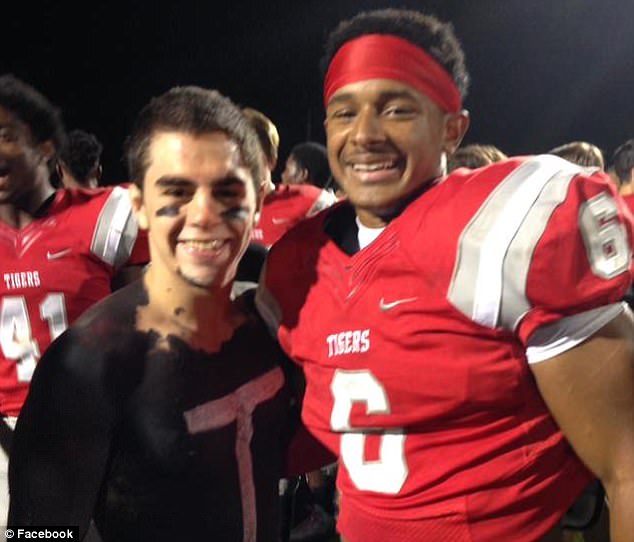 Libby expressed her grief at a press conference at the Edmunds Center in DeLand, Florida, and Coach Hughes communicated his sadness over doing everything right to save Nicholas but still getting a bad outcome.

He said that care for Nicholas could not have arrived quicker and that ‘everything was done absolutely to protocol,’ which made doing everything right and still losing Nicholas ‘hurt even worse’.

Coach Hughes said Nicholas had passed all the physicals and examinations required for the university’s athletes and had no known ailments.

The Stetson University Hatters are scheduled to play the Sacred Heart Pioneers on Saturday and the team plans to honor their former teammate. 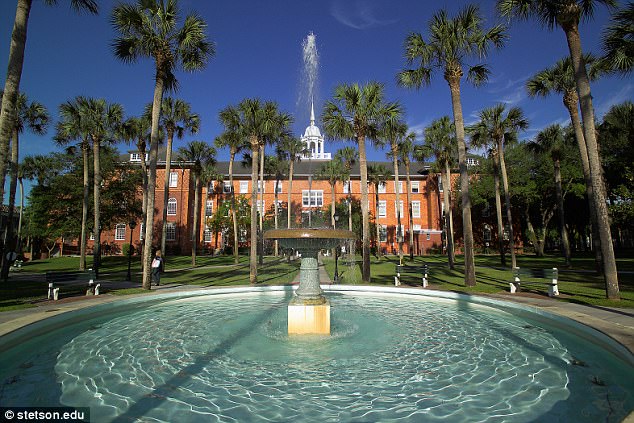 Reggie said that he knew Nicholas would want his team to play and would be watching in spirit.

‘He would tell us to just keep, keep going,’ he told wftv.com.

Nicholas also played football at Archer High School in Georgia as a running back and safety.

He is survived by father, Milton Blakely; mother, Michelle Wilson; brothers, Ryan Brown and Jared Blakely; and sisters, Shayla and Paige Blakely, according to the Orlando Sentinel.