A Florida man says pain-reliving shots he took for his backside may have infected him with a flesh-eating bacteria.

Mike O’Grady, from Lecanto, took a trip to Apalachicola, in the state’s Panhandle, with his wife, Kelli, in late May.

When he returned home, he felt some discomfort, but brushed it off. However, just a couple of weeks later, an abscess-looking mass formed on one of his butt cheeks, reported ABC Action News.

O’Grady, 68, went to Citrus Memorial Hospital where doctors diagnosed him with necrotizing fasciitis, an infection that destroys tissue under the skin.

The grandfather-of-two believes that the puncture wounds in his back and buttocks from the steroid shots is how the bacteria was able to enter his body.

Mike O’Grady, 68, from Lecanto, Florida, took a trip to the state’s Panhandle, with his wife, Kelli, in late May. Pictured: O’Grady as he was discharged 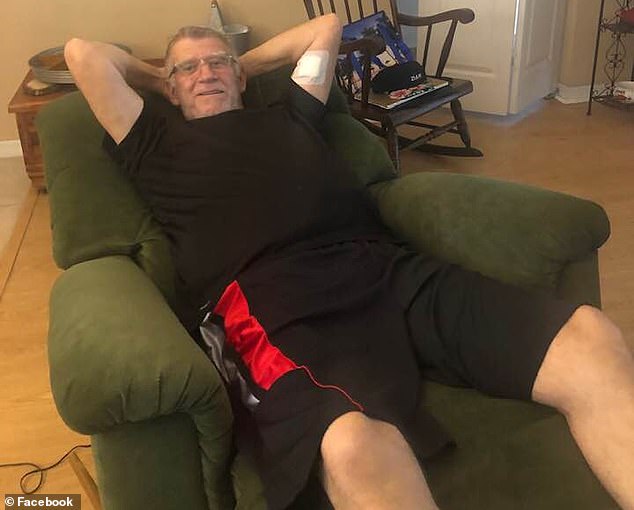 Before the vacation, O’Grady (pictured, at home after being discharged) visited his doctor’s office to receive pain-reliving shots on his back and buttocks

‘I am very grateful to be alive,’ O’Grady old ABC Action News. ‘I can’t tell you more how grateful I am.’

Before O’Grady went on the trip, he visited his doctor’s office to receive pain-reliving shots on his back and buttocks.

‘It got in, possibly, most likely through this slight little tiny injection site where the steroids were put in’ he said. ‘The bacteria got in through those pinhole type injections.’ 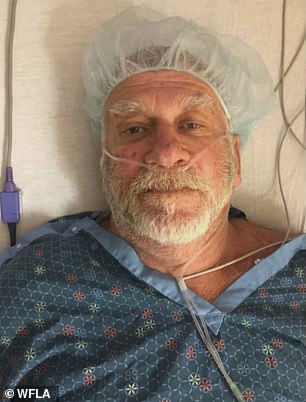 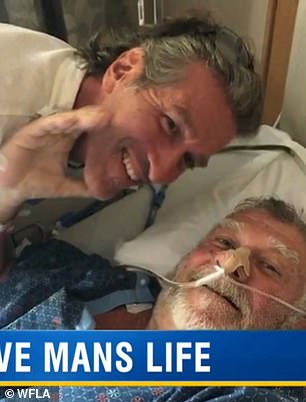 After returning, O’Grady felt pain in his backside and went to Citrus Memorial Hospital after an abscess-looking mass formed on one of his butt cheeks. He was diagnosed with necrotizing fasciitis, a flesh-eating bacteria that destroys tissue under the skin. Pictured, left and right: O’Grady in the hospital. Courtesy of WFLA 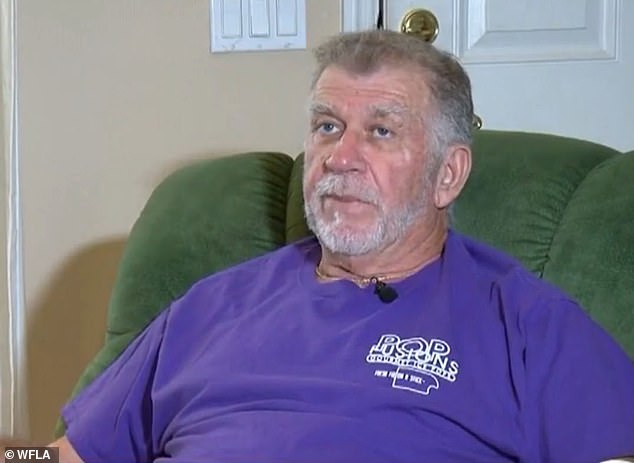 After about two weeks in the hospital and at least six surgeries, O’Grady (pictured) was discharged and allowed to return home

O’Grady has six surgeries over the course of six days as doctors removed infected skin and tissue from his body.

‘They operated six days straight. Six consecutive days, had surgeries to make sure they got everything out,’ he told ABC Action News.

‘It spread to my pelvis…and they took my digestive system out and inspected it to make sure there was nothing necrotizing on it and then put it all back in.’

O’Grady spent about two weeks in the hospital before he was discharged on July 11.

Doctors say if he went to the hospital any later, he wouldn’t have survived. Now he says he wants to warn others about the dangers of swimming with an open wound.

‘It’s made me aware of my mortality, that life is precious,’ he told the station. ‘If you are thinking of going swimming and you have a little tiny cut, maybe think twice about going.’