A Florida group home employee has been arrested after a disabled man he was caring for died in the backseat of his hot van.

Joshua Russell, 26, was charged with aggravated manslaughter on Friday over the death of John LaPointe in Seminole on May 9.

According to police, Russell was employed at the Crossroads of Pinellas, where he looked after LaPointe – who had Down Syndrome.

LaPointe was non-verbal, hearing impaired, and had the cognitive ability of a 1-year-old, authorities claim.

On May 9, Russell took LaPointe to a doctor’s appointment in his van, before deciding to stop at his own house while transporting LaPointe back to the group home. 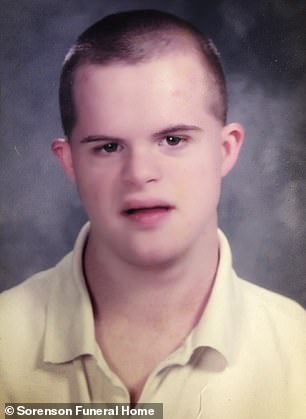 He left LaPointe in the vehicle  and went inside, where he told detectives he ingested two packages of Kratom –  a plant which grows naturally in South East Asia and affects the same opioid brain receptors as morphine.

While not currently illegal, the FDA has warned the public against taking the substance – which is easily bought on the internet and often used recreationally.

‘When [Russell] went into the home, he told detectives that he ‘parachuted’ two packages of Kratom by wrapping the powdered Kratom in toilet paper and swallowing the Kratom,’ Sheriff Bob Gualtieri told Spectrum News on Friday.

Russell was feeling tired and allegedly took the substance in order to wake himself up.

However he told investigators that after he began driving back to the group home, he continued to feel drowsy so pulled over to take a nap.

He awoke two or three hours later inside the hot van covered in sweat.

At that point, he allegedly found LaPointe unresponsive and slumped over in the backseat. 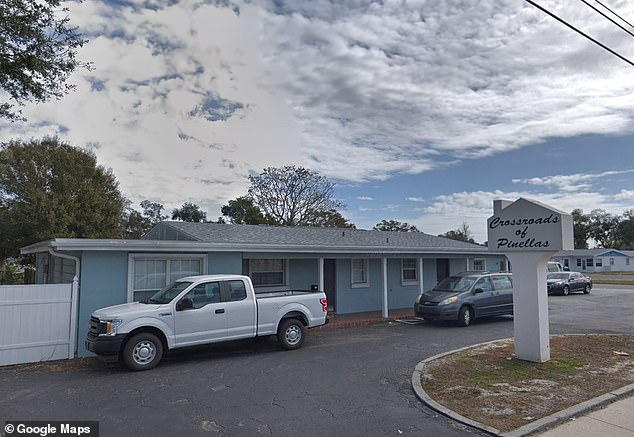 According to police, Russell was employed at the Crossroads of Pinellas, where he looked after LaPointe – who had Down Syndrome

According to investigators, the temperature inside the van soared to around 125 degrees Fahrenheit (51.6 degrees Celsius).

Russell frantically attempted to perform CPR on the disabled man, but he was unable to be revived.

Russell returned to his house to retrieve his gun in order to kill himself, before he called his mother who was also an employee at Crossroads of Pinellas.

She talked him out of self-harm, and called 911 to assist.

Russell has been released on bond following his charge,  and will appear in court at a later date.