Florida gunman busts into Narcotics Anonymous meeting and shoots man dead, takes girlfriend hostage and then kills her before turning the gun on himself in double murder-suicide

An angry boyfriend busted into a Narcotics Anonymous meeting in Edgewater, Florida, Monday night, killing one man and briefly taking his girlfriend hostage before killing her and then turning the gun on himself.

Details of the tragic murder-suicide are still sketchy, but local police chief  Joseph Mahoney characterized it as a ‘domestic’ dispute.

At about 7 p.m. at a rented group meeting space located at 515 North Ridgewood Avenue, a gun man busted into the Narcotics Anonymous meeting and killed one man immediately, according to Mahoney. 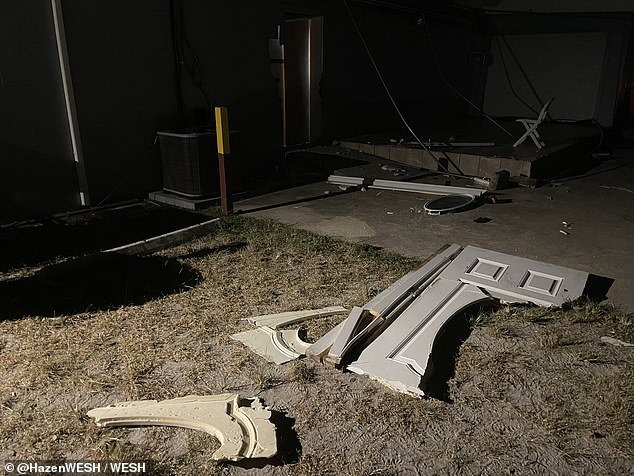 Edgewater police tried to negotiate with the gunman who had taken his girlfriend hostage, but after he did not respond, the breached the door 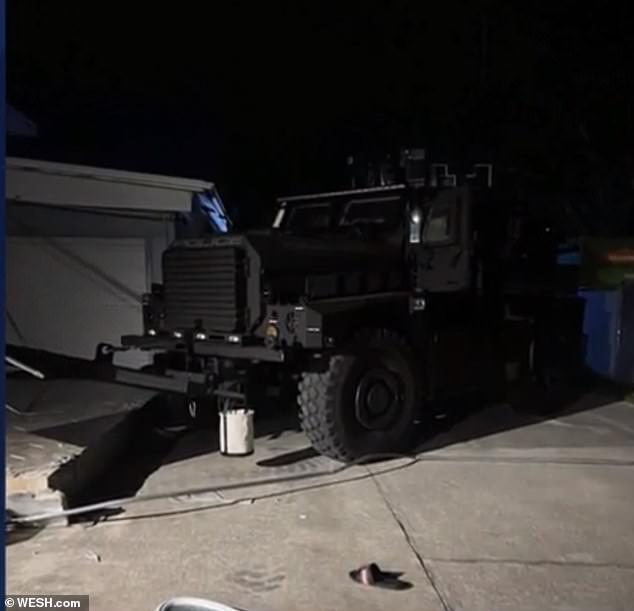 A large black tactical vehicle could be seen outside the building where a gunman killed his girlfriend, another man and then shot himself after a brief standoff 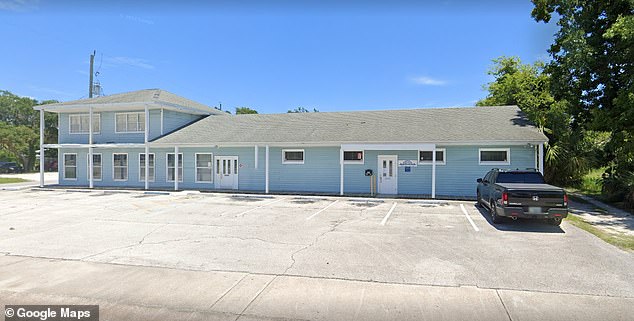 Emergency vehicles blocked the road on Monday night as police tried to negotiate with a gunman who had killed a man and taken his girlfriend hostage. He ended up killing her and himself

The gunman took his girlfriend hostage while the other attendees fled the building.

Edgewater police surrounded the building and tried to negotiate with the unhinged man, but kept their SWAT team nearby.

‘We attempted to make contact with the suspect to negotiate; however, it was unsuccessful,’ Mahoney said.

The special tactical unit was sent in, but the shooting was already done.

‘We breached the building and located three deceased, including the suspect,’ the chief said.

A large black tactical vehicle could been seen in photos and footage from news reports parked at the back of the building after the murder-suicide.

The backdoor lay on the parking lot and chunks of cider block had been ripped from the doorway. 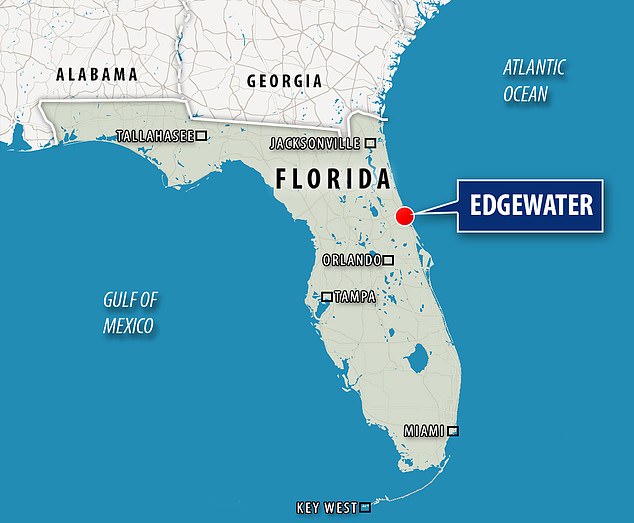 ‘At this time, we believe this is a domestic incident and there is not further danger to the public,’ Mahoney added.

Narcotics Anonymous offers regular meetings for men and women who struggle with addiction where they can talk about their experiences and help each other stay off drugs.

Eric Lancaster, who runs Bridging the Gap, a social services support organization that rents the front office where the shooting took place said that the violence was ‘very unusual.’