Florida husband, 50, charged in the death of his missing wife

A Florida man has been charged with the murder of his missing wife after confessing to police that he fatally stabbed her, despite giving distressed interviews pleading for her to be found and calling her the love of his life.

Sunrise man Joseph Edward Traeger, 50, was arrested for killing his wife Jeneed Ann Catanzaro, 50, on Friday, after she was reported missing three weeks ago.

He was also charged with giving false information to police and tampering with evidence.

Catanzaro was reported missing on December 2 by her mother Joanne Roma.

They had been married for 10 and a half years, but were having marital problems due to money problems and his heroin addiction, Traeger said.

After giving several contradictory statements to Sunrise Police, Traeger finally confessed to killing Catanzaro on Thursday, saying he fatally stabbed her with a kitchen knife after she refused to let him move back in after he was violent. 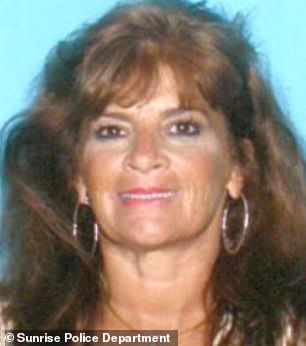 Joseph Edward Traeger, 50, has been arrested and charged with the murder after he confessed to killing his wife Jeneed Ann Catanzaro, 50, who’s been missing since December 2 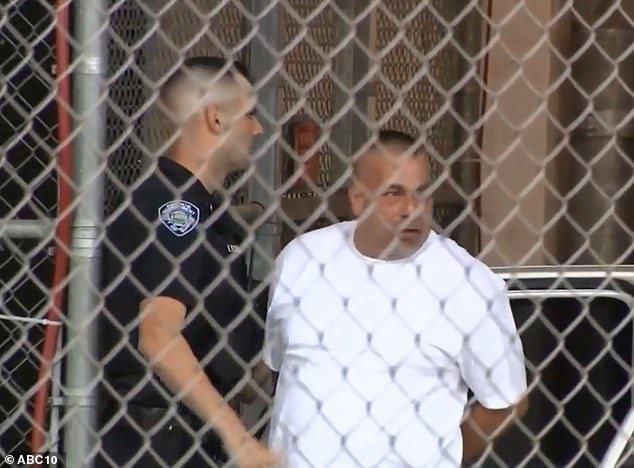 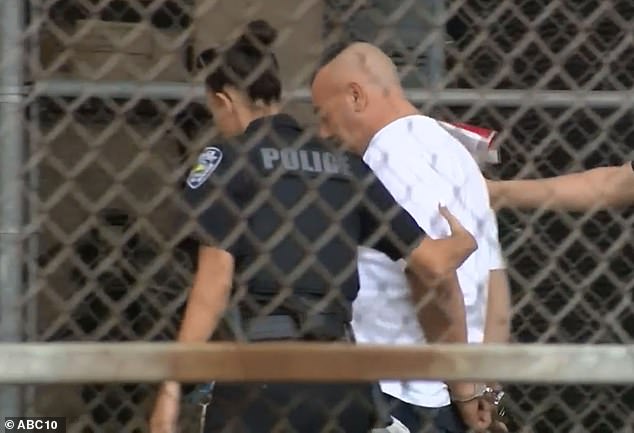 On Wednesday detectives said they had reason to suspect that Catanzaro was dead and ‘begun a death investigation into the circumstances surrounding her disappearance’, according to CBS Miami.

At first Traeger said his wife’s disappearance was a mystery.

He told detectives he last saw his wife at their home on November 29 before he went to work. Her parents reported last talking to Catanzaro one day prior on November 28.

Traeger had repeatedly denied having anything to do with his wife’s disappearance.

In an interview on Thursday, Traeger hailed Catanzaro as ‘the love of his life’.

When asked: ‘Did you have anything to do with it’ Traeger responded: ‘Absolutely not. Listen I’ve had police here three different times, crime scene investigators, they went through the house, there’s nothing, nothing, nothing for me to be suspect of.’

‘I last saw here on the morning of November 29th and she must have been on foot. She didn’t take a car. I have not heard from her since and I am devastated,’ Traeger said.

‘She meant the world to me, my wife. I have known her since I was nine-years-old, since I was 10 years old. We have known each other 40 years,’ he added.

He told detectives he believed his wife met up with a friend to plan a garage sale and went missing afterwards.

However, that friend told cops that they never met because he had to work.

Catanzaro’s mother said she suffered from anorexia and bipolar disorder and was on medication. 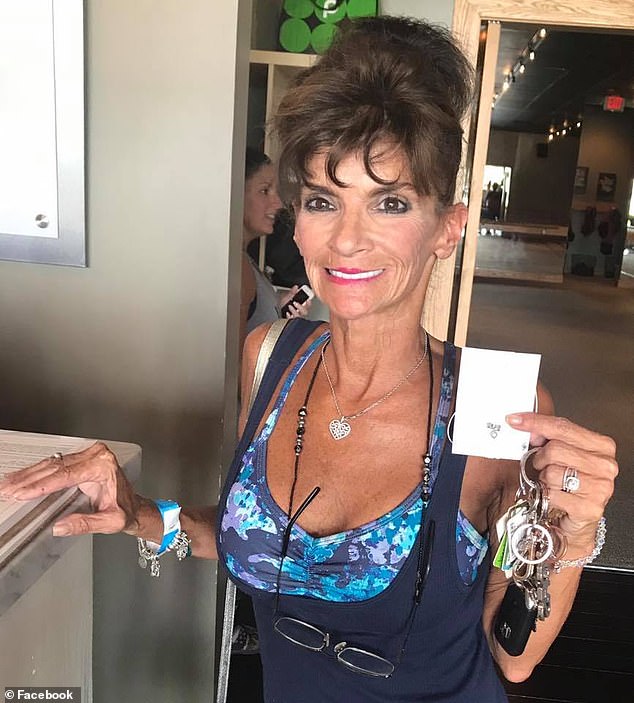 Catanzaro was reported missing by her parents on December 2. Traeger said he last saw his wife on November 29 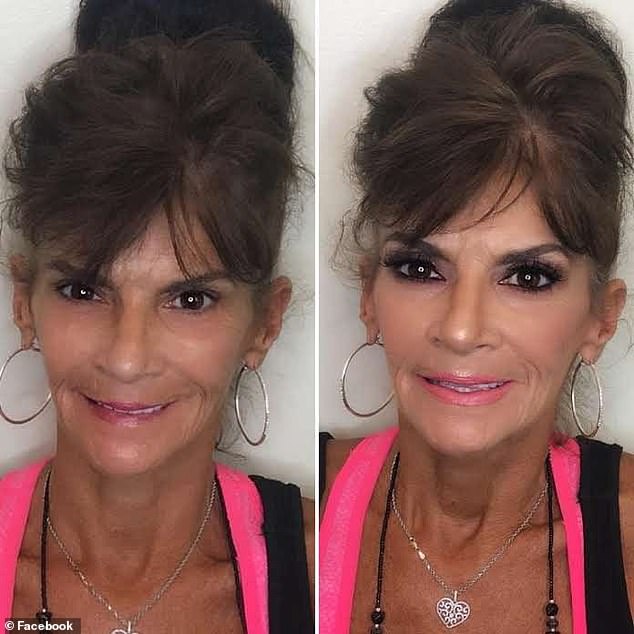 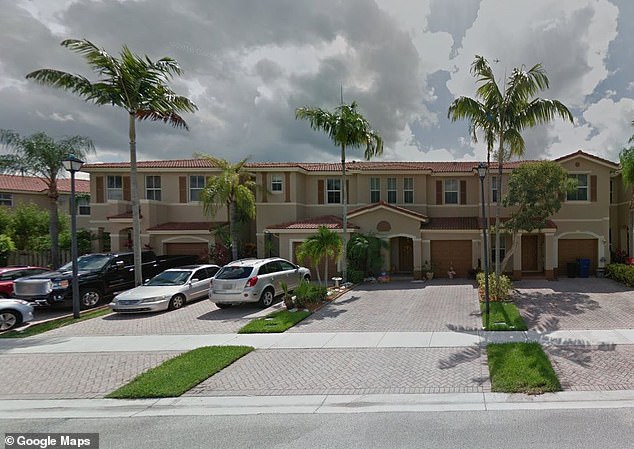 Catanzaro told him to move out of their home on the 100 block of Riverwalk Circle (above). On November 28 he returned asking to move back in and when she refused he snapped and violently threw her on the floor and fatally stabbed her

Cops questioned Traeger on December 5, three days after she was reported missing.

He told police he didn’t know of her whereabouts and he kept trying to call her phone.  But according to cell phone records, Traeger called Catanzaro three minutes before he arrived home and sent two texts she didn’t reply to. Then there was no further activity.

Traeger told investigators that she could be at one of the two gyms she frequented. Police checked the gyms and were told the last time she was in was November 27.

Detectives checked activity on her card and found it was used at at a supermarket and a Speedway gas station in Ft. Lauderdale – both transactions Traeger confirmed that he made.

Police also resourced security video from a neighbors home and found Catanzaro arrived to her home on November 27 but never left the residence after that.

When he was questioned again he changed his story and cops said he ‘provided a completely fabricated account regarding the whereabouts of Jeneed’.

He then claimed he went to his wife’s home on November 28 and after taking a shower he found his wife lying in a pool of blood downstairs.

He claimed she allegedly suffered a seizure and fell on the kitchen floor and hit her head.

So then he panicked and placed her body in three large trash bags and put her in the trash to be picked up and taken away.

According the arrest report he allegedly circled the neighborhood until the garbage trucks took away the body, then went to the casino for the rest of the day. 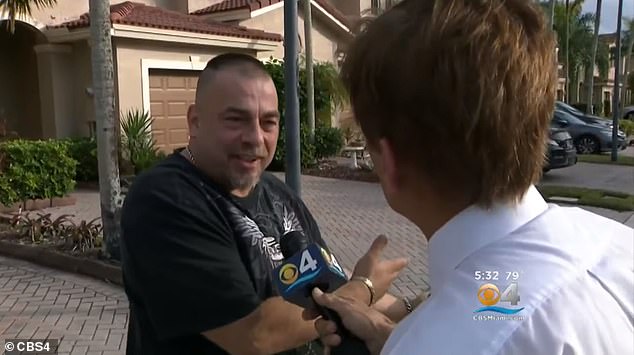 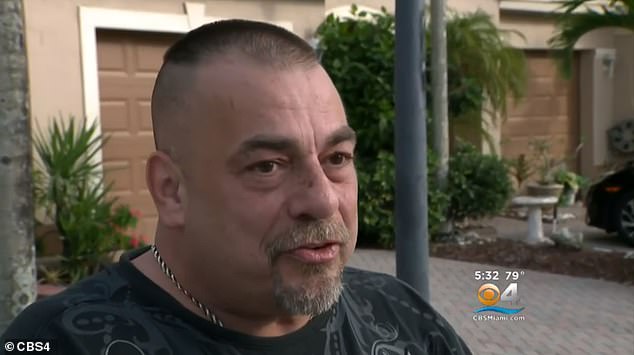 ‘She meant the world to me, my wife. I have known her since I was nine-years-old,’ he said in an interview on Thursday, the day before his arrest

Because he was violent, Catanzaro had kicked him out of the house.

‘He stated he was one hundred percent certain that Joseph had killed Jeneed,’ Lenover said according to the arrest report.

A look at Traeger’s track record reveals a history of violence.

Traeger was convicted of attempted murder for strangling and raping his ex-wife in 1997.

Lenover was so worried he forced Catanzaro to call him every morning to let him know she was alive.

Finally on Thursday, Traeger contacted a detective and asked to stop by the Sunrise Police Department where he confessed to killing his wife.

He said in October Catanzaro told him to move out of their home on the 100 block of Riverwalk Circle. On November 28 he returned asking to move back in.

When she refused, but permitted him to enter the house to shower.

Once inside he snapped and threw her on the kitchen floor and covered her mouth so the neighbors couldn’t hear her screams, according to Local10.

He grabbed a knife on the kitchen counter and stabbed his wife once in the back of the head at the base of the skull. He said she died instantly, according to his confession to authorities.

Then he washed the knife in the dishwasher and threw it in the dumpster of an unknown restaurant.

Her body was later found in the landfill at 4400 State Road 7 in Davie, according to the Sun Sentinel.

Catanzaro had also filed two domestic violence reports with Sunrise police this year saying Traeger struck her and threw her down the staircase.