Some residents of the Florida Keys are furious over plans to release more than 750 million genetically modified mosquitoes in the region to combat disease.

The Florida Keys Mosquito Control District gave final approval Tuesday to the plan, which will be rolled out in 2021 and 2022.

The transgenic insects, classified as OX5034, have been modified to help cull the population of Aedes aegypti, a mosquito known to carry Zika, malaria, dengue, yellow fever and other illnesses.

However, residents and local wildlife groups worry the ‘Jurrasic Park experiment’ could just introduce a new breed of mosquito.

State officials have attempted to calm their fears, stating the transgenic bugs will provide a safer, cheaper alternative to spraying the Aedes aegypti with insecticides.

A closeup of an Aedes aegypti on human skin. On Tuesday the Florida Keys Mosquito Control District gave final approval to a plan to release more than 750 million genetically modified versions of the insect to help decrease its numbers in the Keys.

The mosquitoes are all male, altered so that any female offspring they produce die in the larval stage well before they are big enough to bite and spread disease.

Only females mosquitoes bite for blood, which they need to mature their eggs. Male offspring would pass along the ‘defective’ gene.

Dengue fever results in 390 million infections per year, according to the World Health Organization, with a more-than-30-fold increase in reported cases the last 50 years.

The disease causes high fever, severe headaches and joint pain and can result in lethal complications – it also kills up to 25,000 people every year. 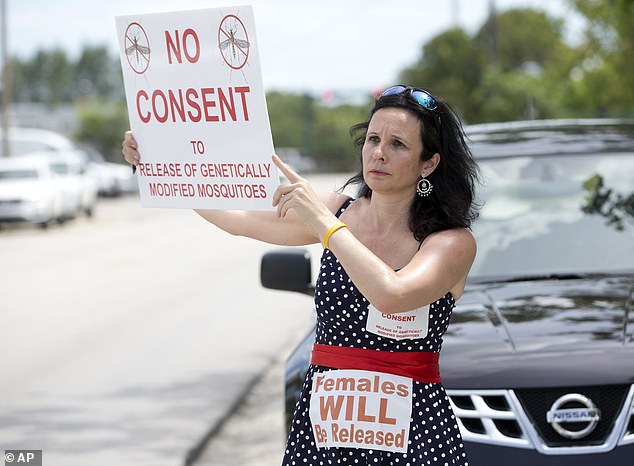 A woman outside the Florida Mosquito Control District Office protesting the use of transgenic mosquitoes. Critics say the altered insects could actually create generations of heartier hybrid mosquitoes that are more resistant to pesticides 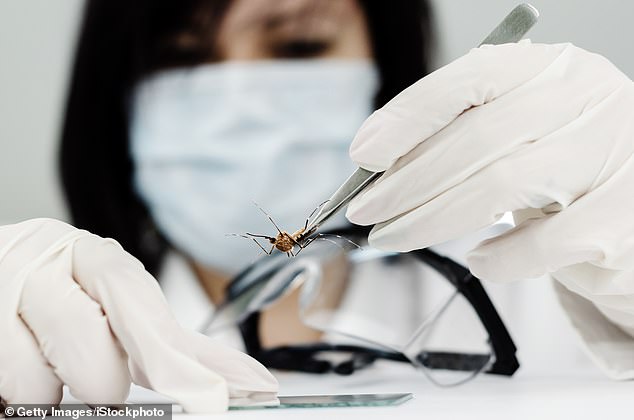 The transgenic mosquitoes, all male, have been designed to sire female offspring that would die as larva, long before they could bite and spread Zika, dengue, yellow fever and other pathogens. Only female mosquitoes bite for blood, which they need to mature their eggs

The Florida Keys faced major dengue outbreaks in 2009 and 2010, with smaller ones reported this year.

But residents and environmental groups say not enough is known about these transgenic mosquitoes.

They worry the program could just introduce a new breed of mosquito that’s more resistant to insecticides.

Jaydee Hanson of the International Center for Technology Assessment accused the EPA, which gave the project the thumbs up in May, of failing to seriously consider the risks.

‘With all the urgent crises facing our nation and the State of Florida – the COVID-19 pandemic, racial injustice, climate change – the administration has used tax dollars and government resources for a Jurassic Park experiment,’ Hanson said in a statement on Wednesday. 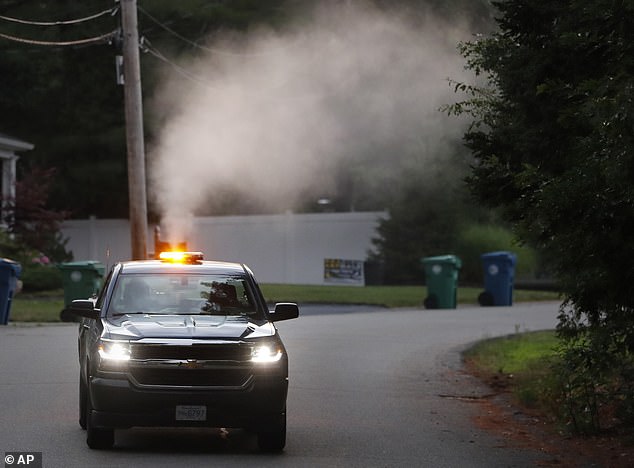 Officials hope the altered mosquitoes can provide a safer, cheaper alternative to spraying the Aedes aegypti with insecticides. Neither the Florida Keys Mosquito Control District nor Oxitec has publicly announced exactly when or where the releases will occur

‘What could possibly go wrong? We don’t know.’

In 2016, voters in Key Haven, Florida, rejected a proposal to release the genetically modified mosquito in their town.

More than 230,000 people have signed a Change.org petition against the current plan.

Officials hope the transgenic bugs will provide a safer, cheaper alternative to spraying the Aedes aegypti with insecticides.

Neither the Florida Keys Mosquito Control District nor Oxitec has publicly announced exactly when or where the releases will occur.

The transgenic Aedes aegypti has also been approved for release in Harris County, Texas, next year.

These mark the first time genetically modified mosquitoes will be used in the US. But scientists monitoring a similar effort in Brazil say it has backfired. 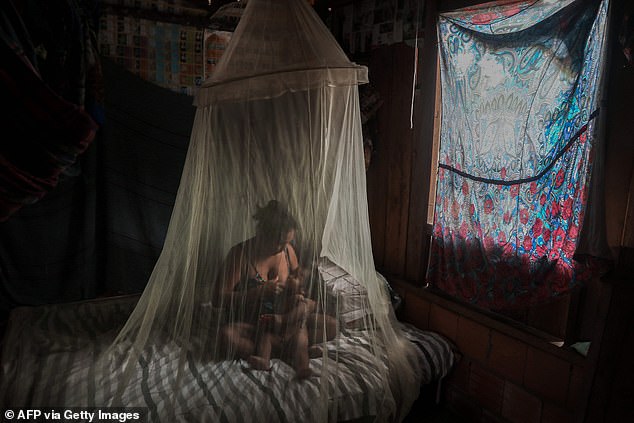 A woman in Brazil breastfeeds her son in a bed protected by a mosquito net. Scientists from Yale say Oxitec’s transgenic mosquitoes released in the country have created generations of hardier hybrid insects

‘The claim was that genes from the release strain would not get into the general population because offspring would die,’ said senior author Jeffrey Powell, an ecologist and evolutionary biologist at Yale. ‘That obviously was not what happened.’

Oxitec slammed the study as ‘false, misleading and speculative’ and said it had ‘successfully provided significant suppression of the wild Aedes aegypti in Brazil.’

Originating in Africa, Aedes aegypti can now be found in tropical and subtropical regions around the world.

They have white markings on their legs and a marking in the form of a lyre on the upper surface of their thorax.

WHY DO MOSQUITOES BITE SOME PEOPLE AND NOT OTHERS?

Around 20 per cent of people are more prone to mosquito bites.

And while scientists are yet to find a cure, they do have some ideas as to why the insects attack some of us more than others.

Research has shown that people who have Type O blood – the most common blood type – tend to get bitten twice as much as those with Type A. People with Type B blood get bitten somewhere in the middle.

Working up a sweat during exercise can also make a person more susceptible to a mosquitoes bite.

Strenuous exercise causes higher body temperatures and a buildup of lactic acid, which emit yummy signals to the insects.

A cold glass of beer makes you sweat and your body release ethanol, which may be why mosquitoes like to land on beer drinkers.

Levels of bacteria on the human skin can entice mosquitoes to bite, particularly where bacteria clusters like on the ankles and feet.

Having different types of bacteria on the skin, however, tends to turn the insects off.

Mosquitoes use even the faintest of human body odours when searching for potential victims.

It’s been known for some time that female mosquitoes use specific sensors around their mouths to detect carbon dioxide being exhaled from humans and animals.

But a few years ago, researchers from the University of California Riverside discovered the blood-sucking insects also use these same sensors to detect body odours – especially the smell of feet.