Florida man, 52, facing burglary charges claims horse his broke into home and he followed it inside

Florida man, 52, facing burglary charges claims HIS HORSE broke into a home and that he followed it inside before he’s arrested

Lonnie Maddox, 52, of Spring Hill, Florida, was arrested Thursday after he was caught on video allegedly trying to burglarize a home

A Florida man faces burglary charges after he was caught allegedly breaking into a home and blaming the intrusion on his horse.

Lonnie Maddox, 52, of Spring Hill, Florida, was arrested Thursday after he was caught on video allegedly trying to burglarize Steve Ferguson’s home in Pasco County, Florida.

Ferguson told Bay News 9 that when he confronted Maddox on his property, Maddox told him that ‘My horse broke into your house, mister, and I had to go in and get her.’

Ferguson said that he had put up security cameras and a fence with a ‘no trespassing’ sign after the investment property, which he bought a year ago, was previously burgled.

He said he called the Pasco County Sheriff’s Office after his cell phone started receiving notifications that showed video of a man on his property. 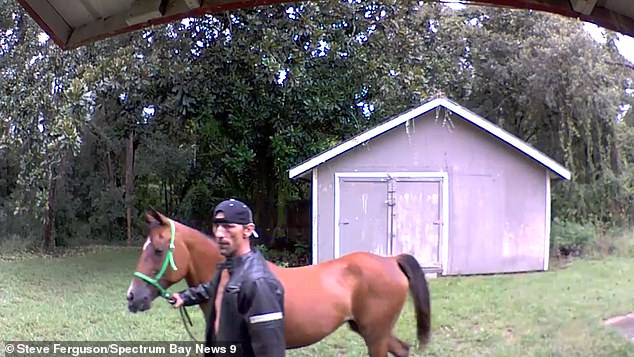 Maddox is shown here on surveillance video, leading a horse as he walked around a property 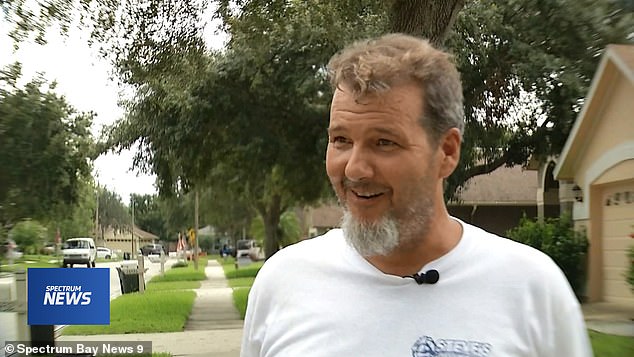 In the video, Maddox can be seen pacing the property while leading the horse and then entering the screened in porch — still with the horse — and then appearing to try to enter the front door.

Ferguson said that after calling the cops, he decided to go to the property himself. When he got there, he said he ‘saw the horse running up the street.’

At about the same time, police said that encountered Maddox in the street, when he approached one of the deputies responding to Ferguson’s call to ask him if he’d seen a horse.

According to Maddox’s arrest report, he allegedly told the deputy that his horse had entered Ferguson’s property via a broken fence and that he’d followed the horse onto the property. 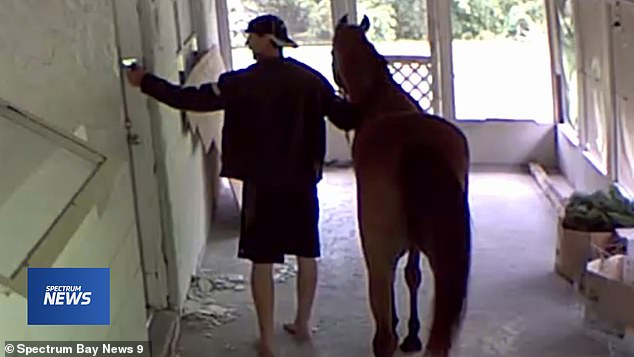 Surveillance video also showed Maddox with the horse inside the screened in porch, testing the padlocked front door. He eventually entered the home by breaking a back window 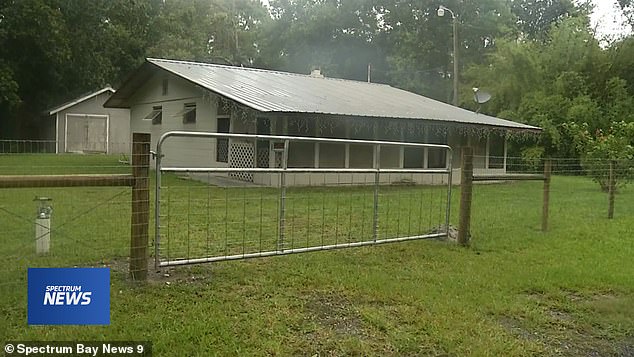 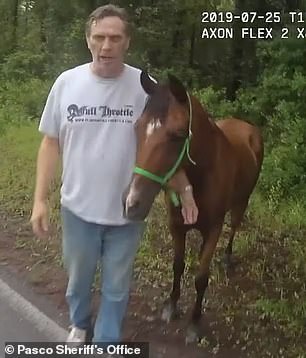 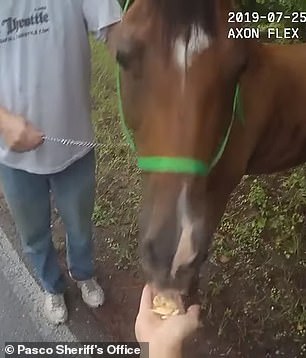 Police later came across the horse, Angel, which was apparently caught by a passerby two miles away. The deputy fed the horse animal crackers before taking it into custody

Maddox then supposedly told the deputy that he entered the house because he was curious about what it looked like inside since he wanted to rent the place.

Police said Maddox broke the home’s back window to gain entry to the home after being foiled by the padlocked door.

Although nothing was stolen from the home, Ferguson said that the damage to the window will amount to about $100 in repair costs.

Maddox’s horse, named Angel, which he claimed to have borrowed, was found about two miles away and returned to its owners, according to the Tampa Bay Times.

Bodycam footage released by the sheriff’s office shows deputies arresting Maddox and later approaching the horse which appears to have been captured by a passerby. The officer then feeds the horse animal crackers and takes it into custody.

Maddox now faces charges of burglary of a dwelling.

He is said to have a lengthy criminal history that includes convictions for car theft, drug possession and domestic battery.