Florida Man, 72, ‘stabbed his nephew four times because he was spending too long in the bathroom’

Florida man, 72, is accused of stabbing his 29-year-old nephew four times with a butcher knife because he was ‘spending too long in the bathroom’

Dan Johnson, 72, was arrested and charged with aggravated battery with a deadly weapon on Tuesday night. He is currently being held at the Volusia County Branch Jail, without a bail amount set

An elderly man has been arrested in Florida after he allegedly stabbed his nephew several times because he was taking too long in the bathroom, police have said.

Dan Johnson, 72, was charged with aggravated battery with a deadly weapon on Tuesday night.

Police were alerted to the property at 503 East Beresford Ave, in DeLand, at 7.30pm yesterday, after Michael dialed 911 reporting that he’d been stabbed multiple times.

He also told the operator that his attacker – who he identified as his uncle – was still in the house.

‘Hello, I need EVAC,’ a panic-stricken Michael can be heard requesting in the call, intersected by heavy breaths. ‘I’ve been stabbed three or four times – please hurry.’

Authorities arrived to find Michael with three stabs wounds to his chest and abdomen and one to his lower back.

He was airlifted to Halifax Health Medical Center and is said to be in a stable condition.

According to police, Michael lives in his vehicle on his father Willie Johnson’s driveway.

Michael’s father had given him permission to use his shower, shortly before the reported attack took place.

It’s said that Dan Johnson banged on the door several times to tell his nephew to ‘hurry up’, yelling at him to ‘come out of the bathroom,’ because he’d ‘been in there too long,’ a report details. 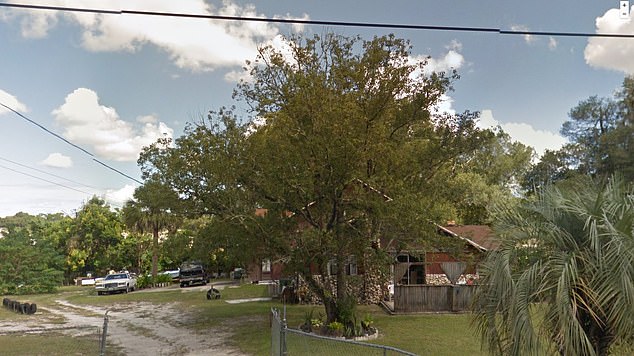 The alleged attack happened at 503 East Beresford Ave, at 7:30pm yesterday. Police were summoned after the victim, Michael Johnson, called 911 to report he’d be stabbed

Michael says he called out to his uncle and told him, ‘I just got in here,’ but is uncle  continued banging on the door.

The 29-year-old said he then wrapped himself in a towel and opened the bathroom door, where his uncle began punching him repeatedly.

Michael said he realized that his uncle also had a knife in his hand and had stabbed him several times during the scuffle.

Police say Dan Johnson told them he decided to stab his nephew because he’d been ‘disrespectful’.

He claimed that when his nephew opened the door to the bathroom he ‘buffed up’, which the suspect understood to be an act of aggression. 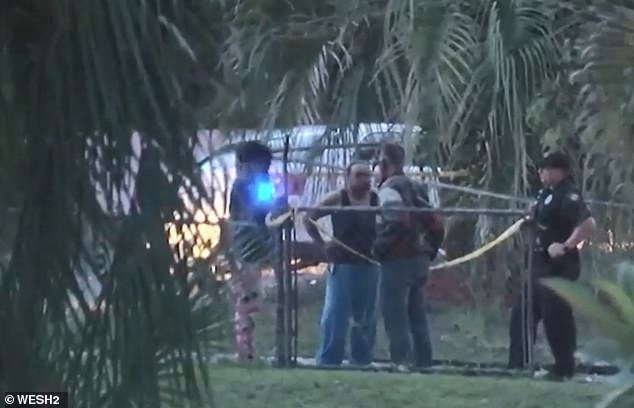 Investigators say he stabbed his nephew, 29-year-old Michael Johnson, four times with a six-inch butcher knife following a dispute over bathroom access in the victim’s father’s home (cops outside the house) 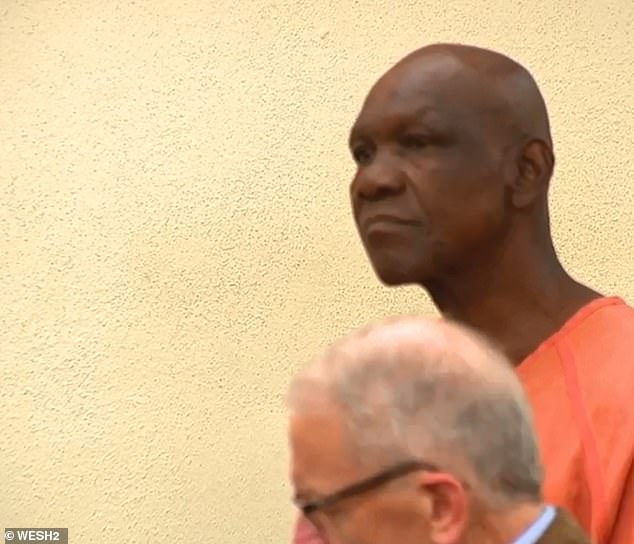 Dan Johnson, 72, was charged with aggravated battery with a deadly weapon on Tuesday night

However, though the police report states that Michael didn’t assume a fighting stance or make verbal threats towards the suspect, Dan Johnson went into his room and, from his collection of knives, chose a narrow-bladed butcher’s knife.

He claims his nephew take a step towards him, so he stabbed him in the stomach twice, police say.

According to the Daytona Beach News Journal, DeLand police Lieutenant Juan Millan said investigators recovered the knife allegedly used in the attack, which Dan Johnson is said to have put back in his collection after the stabbing.

Dan Johnson is currently being held without bail at the Volusia County Branch Jail. He is likely to make a preliminary court appearance later this week.