Florida man, 79, and woman, 75, are arrested after he fired a flare gun at two process servers

Florida man, 79, and woman, 75, are arrested after he fired a flare gun from his balcony at two people trying to serve them legal papers

A Florida man was arrested for shooting a flare gun at two people attempting to serve him legal papers, according to the Monroe County Sheriff’s Office.

A woman found at the premises was also arrested for battery and resisting arrest.

On Friday, deputies dispatched to the 200 block of Colson Drive after receiving a reports that shots were fired near a home in Cudjoe.

But before deputies arrived, 79-year-old William Nash and 75-year-old Carole Harwood became upset at two process servers who were trying to deliver legal documents to their residence.

Harwood met a male process server and his female colleague at the door and became combative, the police report said. 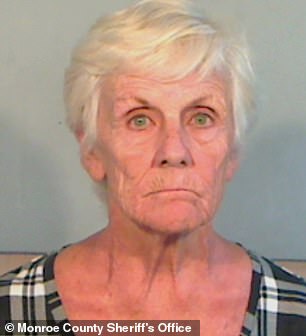 That’s when the male process server pulled out his own gun and pointed it at Nash.

‘The male process server then drew his legally concealed firearm and pointed it at Nash while telling him to cease firing,’ the police report said.

Nash fired off more flares and narrowly missed the male process server each time. One flare bounced off the hood of the victim’s car.

The male process server then held Nash at gunpoint while waiting for deputies to arrive. He did not use his weapon during the incident.

Meanwhile, Harwood was still engaged in a verbal argument with the process servers downstairs.

When deputies arrived at 8.20pm, they found an irate Hardwood yelling at the process servers. 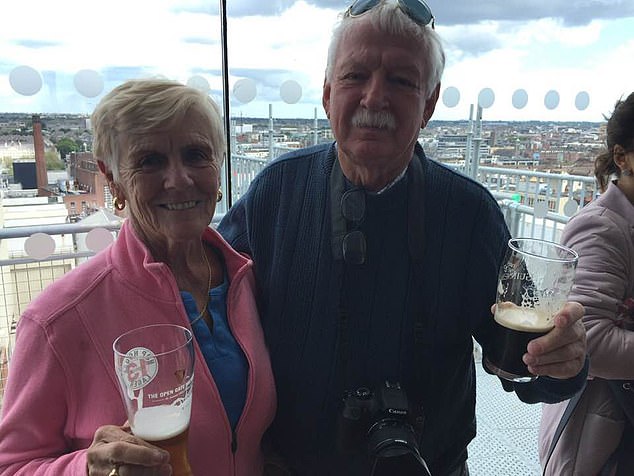 When deputies arrived, they found an upset Harwood (left) arguing with the process servers. Pictured: Harwood and Nash (right) 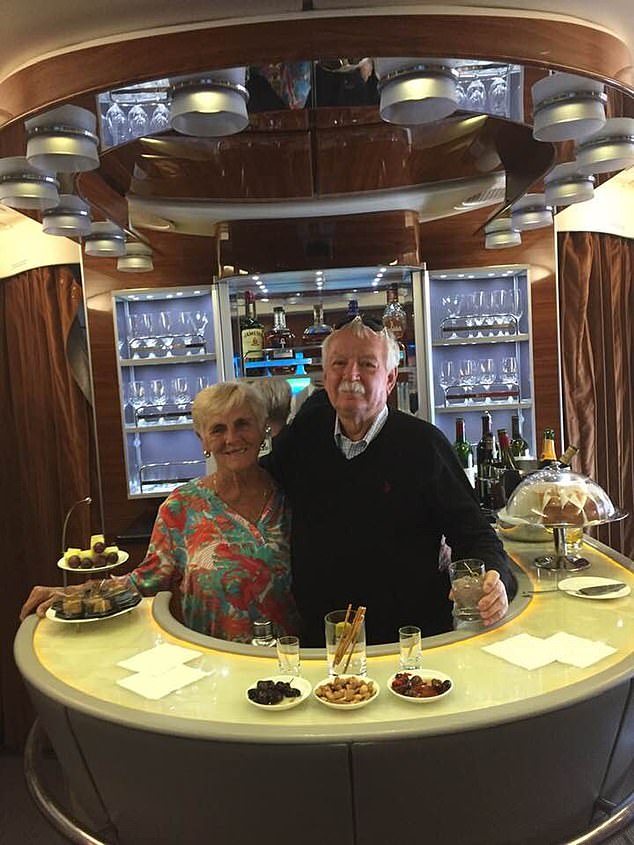 ‘The male victim stated she charged him and fell down prior to Deputies’ arrival,’ the police report said.

Harwood  refused to follow deputies’ order and pulled away when they tried to detain her.

Nash came down the stairs with his hands up and admitted to shooting at the process servers with his flare gun. He added that he had been drinking earlier that night.

The male process server showed deputies footage of the incident that corroborated the victims’ version of events.

Deputies said the residence smelled like gunpowder. The flare gun and several empty flare casings were recovered as well.

Both were taken into police custody and no injuries were reported. They will be arraigned later this month.