Florida man, 23, is arrested for ‘causing a car crash and then pulling out a stun gun and TASERING a bystander at the accident scene’

Nicholas Wagner, 23, ran a red light in Port Richey, northwest of Tampa, and hit a car filled with teenagers

A Florida man has been arrested after police say he caused a car crash and then using a Taser to threaten bystanders who had gathered at the accident scene.

Nicholas Wagner, 23, ran a red light in Port Richey, northwest of Tampa, and hit a car filled with teenagers.

It led to several people rushing over and offering to help, according to WFLA-TV.

But then Wagner apparently became angry and started threatening those that had gathered with a Taser.

‘The person we arrested broke out a Taser, started threatening people with Tasers, started chasing people with the Taser, actually dry stunned one of the victims in the chest,’ Pasco Sheriff’s Office spokesman Kevin Doll said.

A video of the incident is now part of the investigation as deputies piece together what happened. 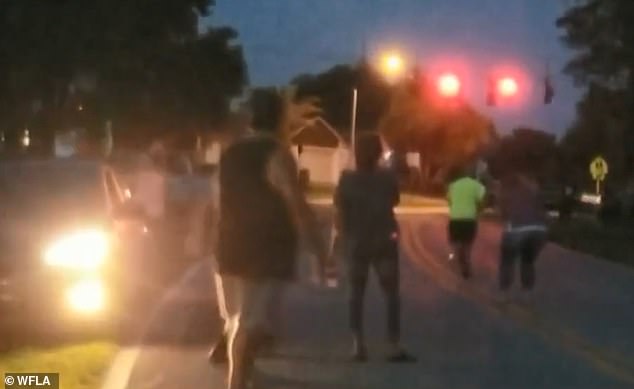 Twenty minutes later, while still on the scene, Wagner began to get aggressive with bystanders and pulled out a stun gun hitting one person

Wagner appeared to have his own reasoning for his behavior, telling the TV station that things spiraled out of control when a bystanders began yelling at his sister.

‘He started getting vulgar with my sister and everything and that’s when I freaked out, I had a lot of anxiety,’ Wagner said. ‘I was sitting in my sister’s car, he wouldn’t leave me alone.’

One of the people allegedly Tasered by Wagner was Rich Abbate, who told Fox 13 that as soon as he saw him climb into his sister’s car he believed he was attempting to leave the scene of the crash.

Wagner said to WFLA that he only used the Taser out of self-defense. 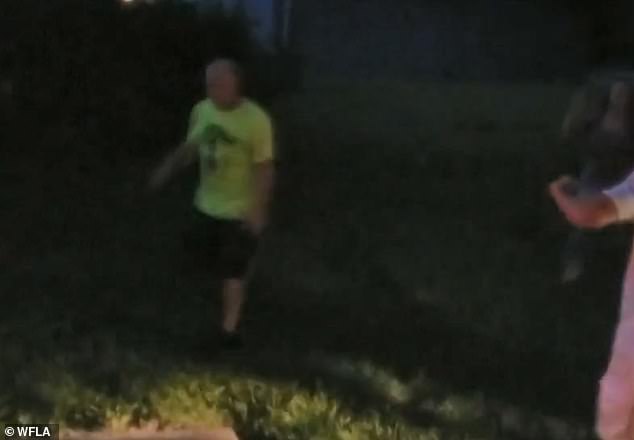 Wagner, in yellow, appeared to have his own reasoning for his behavior saying that things only began to spiral out of control after one of the bystanders began yelling at his sister 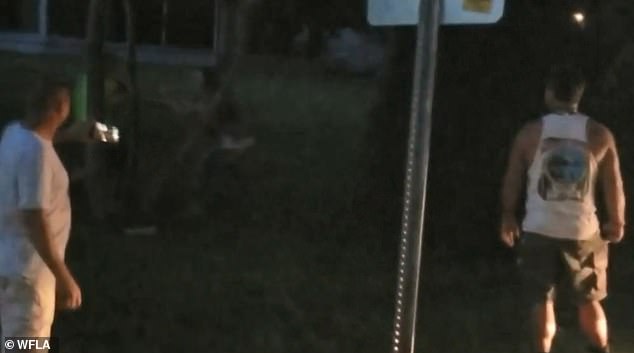 ‘I was sitting in my sister’s car and he wouldn’t leave me alone and I ended up getting out of my sister’s car to tell him to pretty much back up, get away dude, I have problems,’ he said.

‘That’s when this man kept going and kept going and I felt like he kept trying to come closer and closer to me and I zapped it. I never once touched the man.’

Police say that Wagner’s use of a Taser was was illegal.

He was arrested and charged with aggravated assault with a deadly weapon. 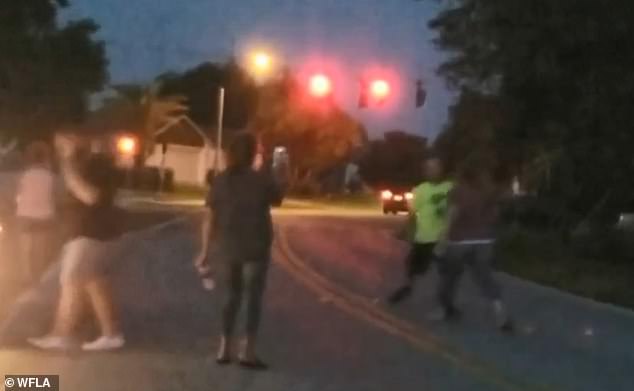