The adult daughter of a Florida millionaire screamed and stormed out of the courtroom as he was convicted of manslaughter for her mother’s 2009 shooting death on Thursday.

Bob Ward was found guilty of manslaughter for shooting his wife Diane in the face at their $2.8million Windermere home.

It was his second trial – he had already been found guilty of murdering her and had that conviction overturned on a legal technicality in 2016.

As the verdict was read out on Thursday, Bob’s 30-year-old daughter Mallory and her sister Sarah were there to watch.

Mallory, who maintains that her father pulled the trigger by accident while trying to wrestle the gun out of her mother’s hands as she attempted suicide, burst into screams and tears when it was read aloud.

She yelled ‘It’s not fair!’ then stormed out of the courtroom where her outburst continued.

Prosecutors said Bob wanted to kill his wife because she was days away from testifying against him at a bankruptcy hearing where, they claimed, she would reveal how he defrauded clients at his real estate development firm. 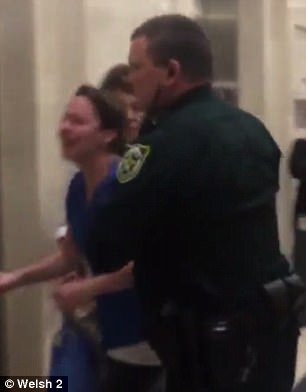 Mallory Ward, 27, ran out of the courtroom and had to be restrained by guards as she yelled and cried over her father Bob’s manslaughter conviction on Thursday 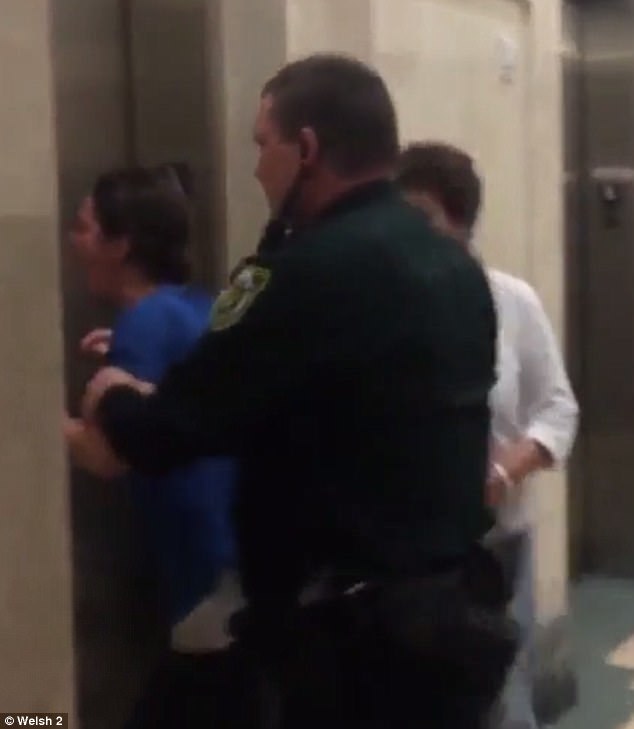 Mallory has to be restrained by guards outside the courtroom. Her sister remained inside and cried

After storming out of the courtroom, Mallory was filmed yelling: ‘My mom f***** tried to kill my dad and he’s going to prison for it!’

During both of her father’s trials, Mallory testified about how her mother was a heavy drinker and said she had spoken to her on the night of her death.

She said she had been drinking red wine that night and would often consume a whole bottle to herself.

Ward’s lawyers said that his wife was trying to kill herself and that he intervened.

They said she had mixed prescription pills including antidepressants with alcohol and that she was unstable.

Both antidepressants and alcohol were found in Diane’s system by a medical examiner.

Sarah supported her father’s argument and told how her mother once threw a suitcase at her in a drunken rage.

‘I was 19 at the time, I thought my parents knew what was best.

‘I knew it was typical of her to have at least a bottle of wine [every night.]’ she said on Tuesday. 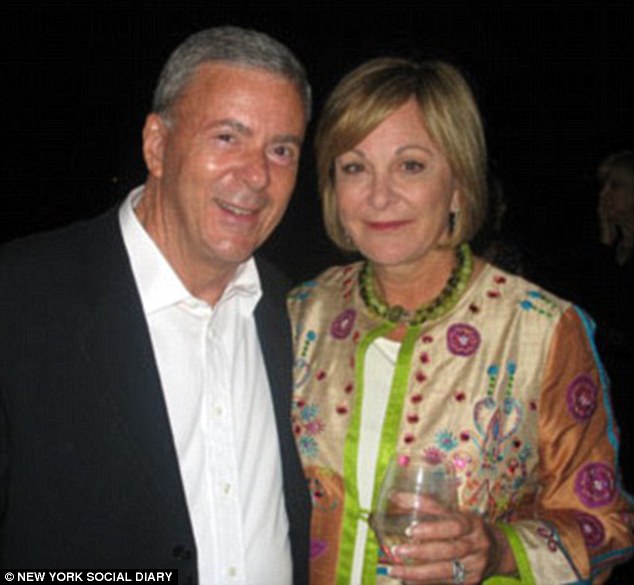 Bob shot his wife Diane in the face after an argument at their home. He claimed she was trying to kill herself and that he accidentally pulled the trigger as he wrestled the gun out of her hands 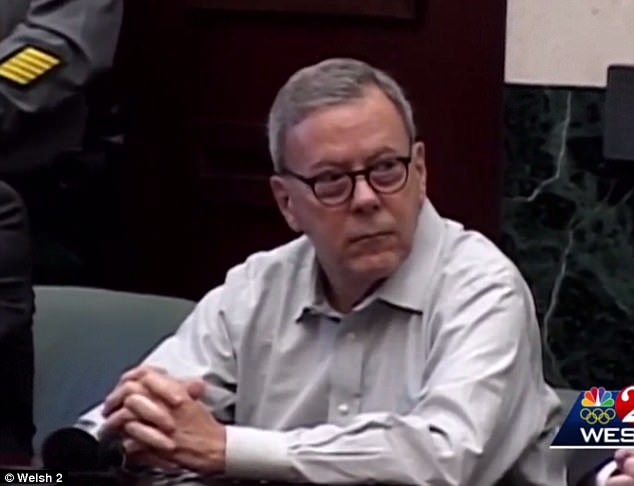 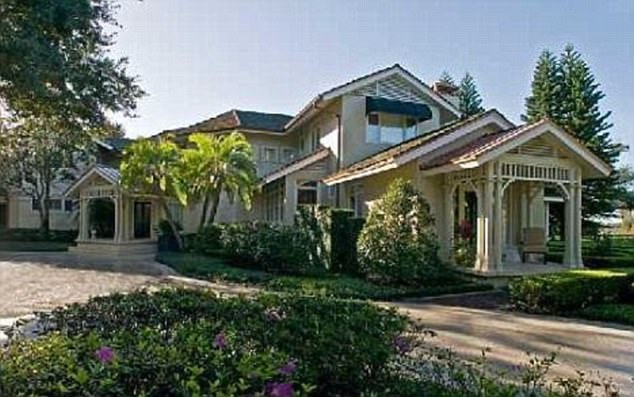 The killing took place in the bedroom of the couple’s $2.8million, six-bedroom home in Windermere, Florida, in 2009 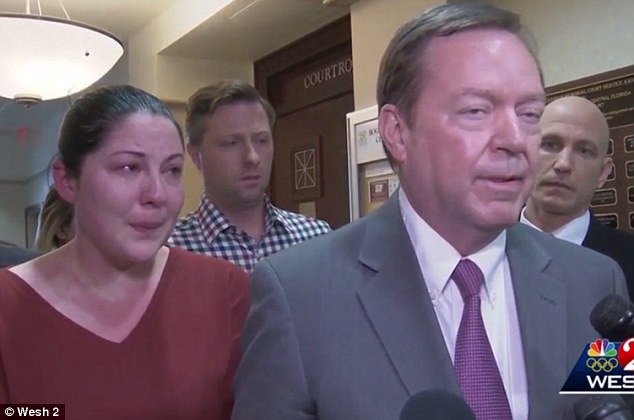 Sarah, Mallory’s 27-year-old sister, was calmer. She later stood beside her father’s attorney and lament the verdict

Prosecutors at both trials have argued that Ward wanted his wife dead because she was due to testify against him at a bankruptcy hearing days before she was killed.

In 2009, he had been accused by clients of fraud and the business had fallen victim to the global financial crisis.

His company, Land Resource, filed for bankruptcy almost a year before his wife died.

He was also being sued by an insurance company that accused him of taking more than $20 million from the sale of lots in subdivisions he was building in Tennessee in 2007.

The lawsuit says the Wards used the money to buy their 8,800-square-foot mansion in Isleworth, the same neighborhood where Tiger Woods had his notorious SUV crash.

The suit says the couple also paid off two loans totaling nearly $2.5 million for two houses in Georgia, bought a house on the Georgia coast for $750,000 and purchased several vehicles, including a $140,000 Mercedes-Benz sedan. 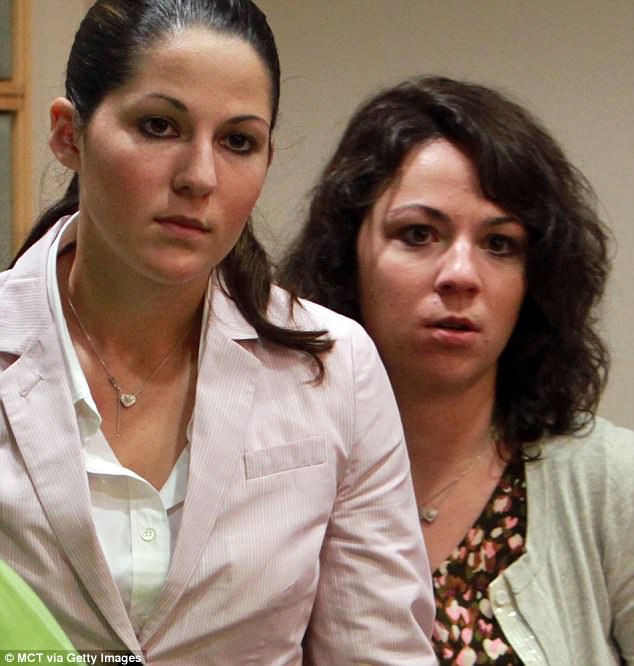 Sarah and Mallory have supported their father throughout both of his trials. They are pictured in court in 2011, at his first trial, when he was accused of murder 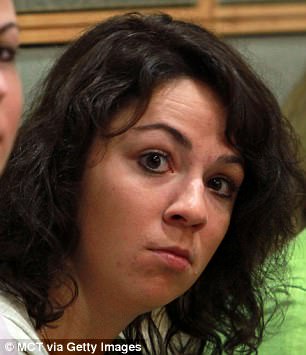 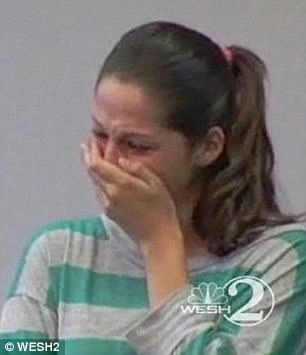 Both girls testified at both trials. Mallory is seen (left) and Sarah is shown (right) in 2011 becoming emotional on the stand as she described how her mother once threw a suitcase at her when she was drunk 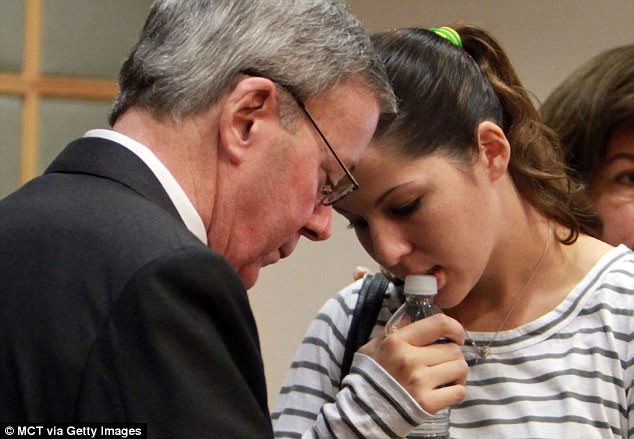 Sarah and her father are seen talking in the courtroom as the jury began deliberating in his 2011 murder trial. He was convicted and later had it overturned

The lawsuit was dismissed because of a lack of action by either side.

Prosecutors argued that he was afraid of what Diane might say when she was questioned.

They played the chilling 911 call he made after shooting her in the face, where he could be heard calmly telling the operator: ‘I just shot my wife.

‘I shot my wife, yes. Please send somebody over.’

After the verdict on Thursday, Sarah regained her composure somewhat to join her father’s attorney to speak to the media.

She wept as the lawyer described the ordeal as a ‘nightmare’.

Ward was convicted of second degree murder following his 2011 trial and he spent five years behind bars for it. 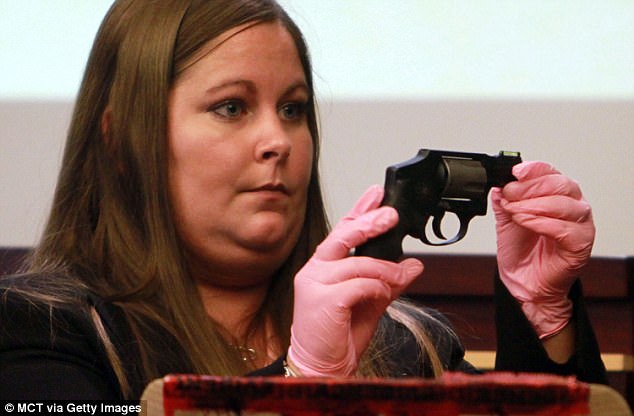 This is the gun that was used to shoot Diane. Her husband said he was trying to wrestle it from her and accidentally pulled the trigger in the process

In 2016, a judge overturned the conviction, ruling that his legal team did not adequately represent him.

He had been allowed out on bond after his 2009 arrest until his 2011 conviction.

After his release in 2016, he was allowed to remain in Orange County, Florida, under strict bail conditions.

On Thursday, he was not afforded the same luxury and was taken to the county jail where he will remain until February 26, when he is sentenced.

Ward had been charged again with second degree murder but the jury was given the option of convicting him of manslaughter with a firearm.

He now faces between 13 and 30 years behind bars.