A man has ruffled some feathers in a Miami neighbhood known as a safe haven for wild peacocks when police say he snatched one of the birds outside a woman’s home.

The bizarre incident took place in the Coconut Grove section of Miami on Sunday morning and was caught on surveillance video.

Thief on the prowl: A burgundy-colored pickup truck is seen in the Coconut Grove section of Miami on Sunday, just before a wild peacock was snatched from the area 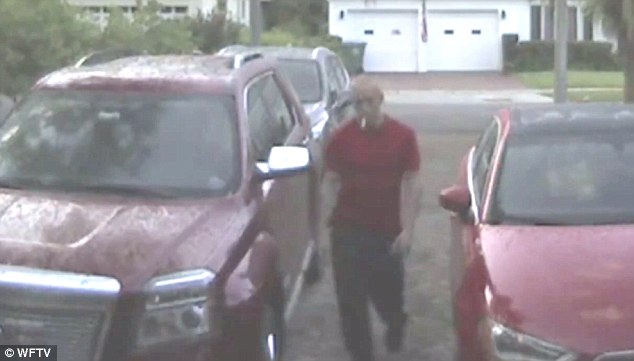 Suspect: A bald man in a red T-shirt with a cigarette in his mouth emerges from the car and walks up to Virginia Jasper’s home 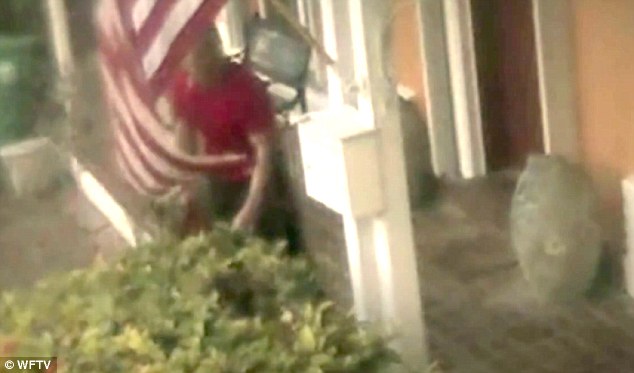 Catch them if you can: The man jumps into actions, trying to grab one of the wild peafowl strutting around the property

A bald man wearing a red T-shirt with a cigarette dangling from his lips emerges from the vehicle and attempts to grab the vibrantly hued peafowl strutting around the property.

Some of the birds run away in terror, while others take flight out of the thief’s grasp.

Eventually, the bird bandit manages to captures one of the peacocks, tucks it under his arms and flees on foot.

The rest of the flock gives chase, but the crook manages to jump in his car and speed away with the peacock in tow.

Jasper has since filed a criminal complaint with the Miami-Dade Police Department, telling WSVN it was ‘very disturbing’ to see the suspect going on her property. 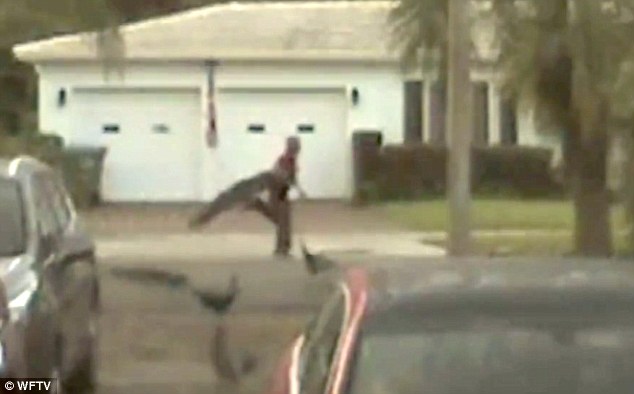 Taking flight: The bandit eventually grabbed one unlucky peacock, tucks it under his arm and flees 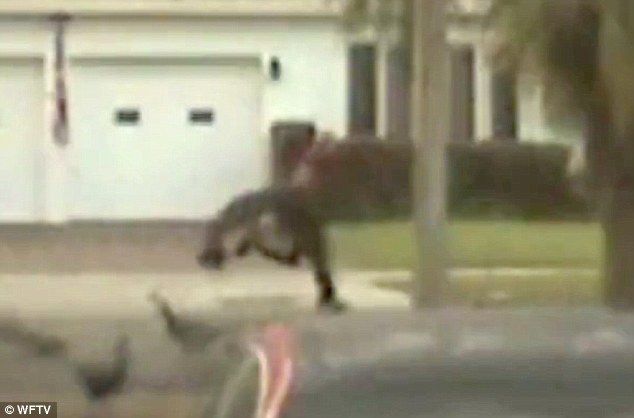 Stranger danger: The peacock thief is not believed to be from the Coconut Grove area 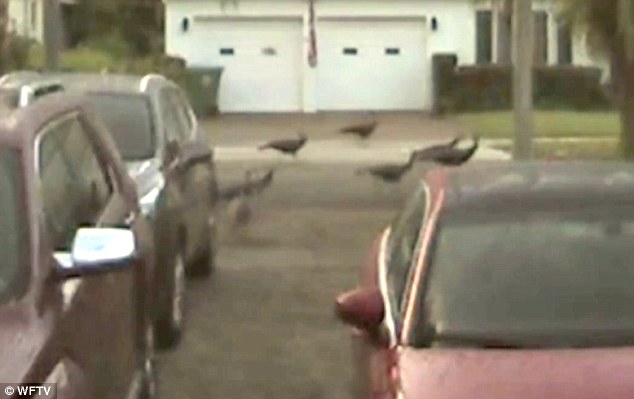 Wingmen: The abductee’s feathered friends chase the crook, but he takes off

The woman said she has found several peacock feathers stained with blood, suggesting that the kidnapper bird might be hurt.

Neighbors told police they did not recognized the man seen in the video and do not believe he’s from their community.

Wild peacocks have become a common sight in different parts of Miami, causing problems for local residents who are complaining of noise and animal waste.

According to a Miami Herald article published a year ago, it is believed that the peacock was introduced to Coconut Grove by homeowners ‘who wanted a stunning yard ornament.’

Miami has the status of a bird sanctuary, and under county law people are prohibited from removing peafowl or tempering with their eggs.