Florida man dies after being electrocuted in Irma

Brian Buwalda, an accountant who lived in Orlando, was electrocuted in Winter Park during Hurricane Irma on Monday

A 51-year-old Florida man died after being electrocuted by a power line downed by Hurricane Irma, police said.

Brian Buwalda, an accountant who lived in Orlando, was pronounced dead at the scene in Winter Park on Monday after officers responded to reports of a man lying in the roadway.

Friends on social media suggested that Buwalda was helping another family with a tarp when he was killed.

Buwalda is one of at least 11 people who have died in the United States as a result of Hurricane Irma, which ravaged Florida and the southeast coast over the weekend through Tuesday with heavy rains, high winds and flooding.

Tributes on Facebook called Buwalda an ‘incredibly kind man’ and ‘a great man who influenced more people than he was aware of’.

A medical examiner will determine Buwalda’s official cause of death, but police say it appears to be accidental.

Authorities have urged people to stay away from downed power lines and have recommended that people do not drive through flooded roads during storms that may have knocked down power lines.

Seven of Hurricane Irma’s victims were were in Florida, while three were killed in Georgia and one in South Carolina.

Two were killed in Monroe County, Florida, which includes the Florida Keys – an area that was under mandatory evacuation during the storm. 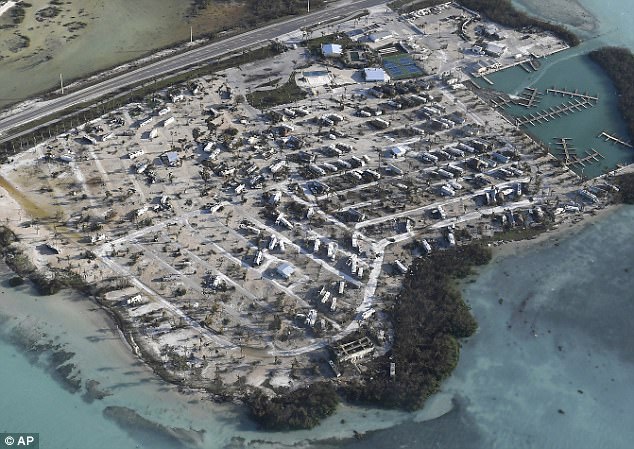 Buwalda is one of at least 11 people who have died in the United States as a result of Hurricane Irma, which ravaged Florida and the southeast coast over the weekend through Tuesday with heavy rains, high winds and flooding 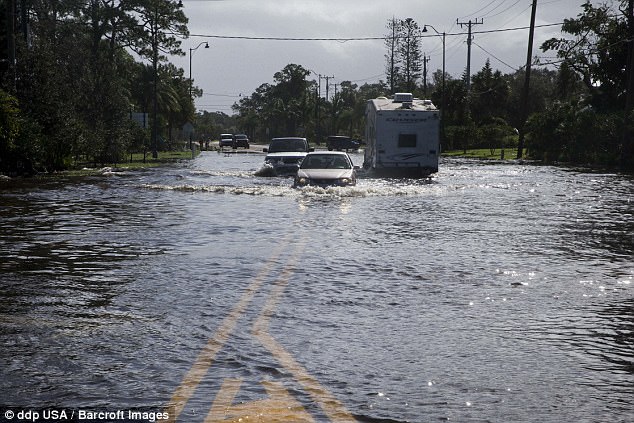 The storm caused flooding across the state. Pictured above, damage caused by Hurricane Irma on Luttich Lane in Estero, Florida, on Monday

One of the bodies was found in a Shark Key home while another man was killed when he lost control of a truck carrying a generator.

In Hillsborough, Florida, Wilfredo Hernandez was accidentally killed by a chainsaw as he helped cut tree branches.

In Hardee County, a sheriff’s deputy and corrections officer were killed in a two-car crash during heavy rains.

Near Orlando, Heidi Zehner, 50, died in a car crash on Sunday evening after losing control of her vehicle on a state highway.

Her SUV struck a guardrail. The cause of death was under investigation. 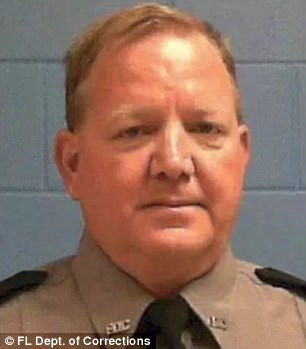 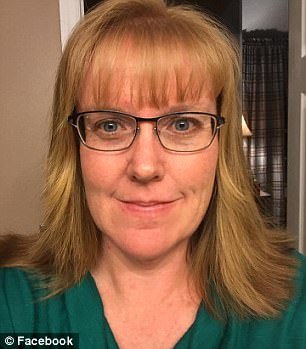 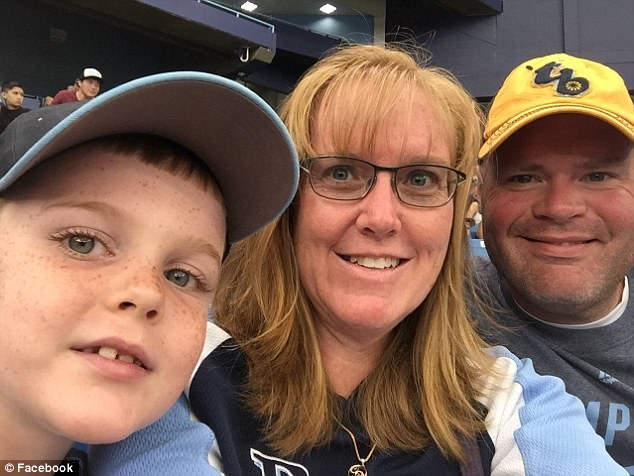 Bridges was a mother of an eight-year-old boy (pictured). She had been going home to pick up supplies to help those affected by the storm when the collision occurred

Another victim was killed in Miami-Dade County from carbon monoxide poisoning from a generator.

The body of a 62-year-old man who climbed a ladder behind his home was found under debris on the roof of his shed in southwest Georgia, where winds topped 40 mph (65 kph), Worth County sheriff’s spokeswoman Kannetha Clem said.

His wife had called 911 saying he’d had a heart attack.

“He was lodged between two beams and had a little bit of debris on top of him,” Clem said. “He was on the roof at the height of the storm.”

Another man, in his 50s, was killed just outside Atlanta when a tree fell on his house, Sandy Springs police Sgt. Sam Worsham said.

And a woman died when a tree fell on a vehicle in a private driveway, according to the website of the Forsyth County Sheriff’s Office. 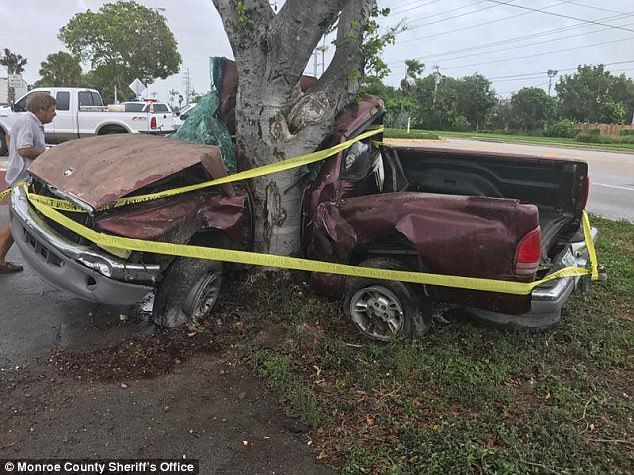 Another victim of the storm was claimed when his truck (pictured) was swept off the road and into a tree in Monroe County. He has not yet been named

In Calhoun Falls, South Carolina, Charles Saxon, 57, died Monday after being struck by a tree limb as he was cleaning up limbs and debris outside his home, according to Abbeville County Coroner Ronnie Ashley.

An autopsy is planned for Saxon, who died at the scene.

Officials say it’s the first reported death in the state related to Irma.

Irma weakened into a tropical depression late Monday, and the National Hurricane Center discontinued all storm surge and tropical weather watches and warnings related to the storm.

The hurricane center forecast Irma to drop 5 inches to 8 inches (13 to 20 centimeters) or rain across South Carolina and the northern regions of Georgia, Alabama and Mississippi over the next two days.