Authorities in Florida today apprehended a man wanted for fatally stabbing his aunt and knifing his father 23 times in front of a young relatives before breaking into his estranged wife’s house.

According to Judd, Vega stabbed 70-year-old Pedro Vega Sr before repeatedly stabbing 59-year-old Rosa Iris Vega in a home near Davenport at around 12.30am. 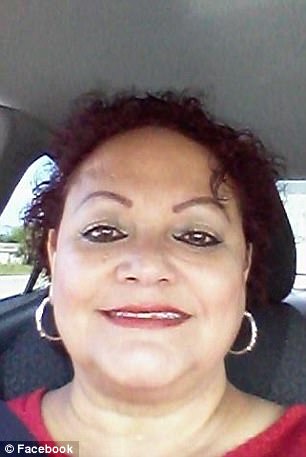 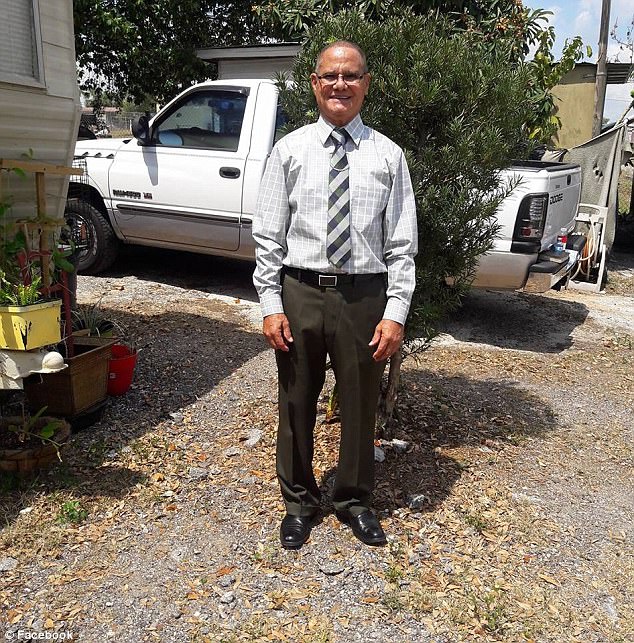 The woman succumbed to her injuries at the scene, near a 4-year-old girl she was watching. The girl was found drenched in blood but was not injured.

Authorities say Vega Sr’s hands, feet and face were bound with tape. He was taken to a hospital in critical condition but is expected to survive, despite being stabbed nearly two dozen times.

Rosa Vega’s house is next door to the home of Pedro Vega Jr’s estranged wife in the 1600 block of Davenport Boulevard.

Judd says someone in the wife’s home fired shots at Vega, injuring him in the shoulder, and possibly also in the stomach, which allowed officers to follow a trail of blood that led them to the scene of Rosa’s fatal stabbing. 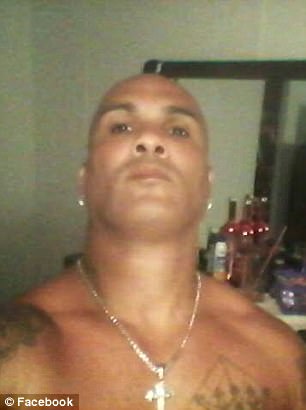 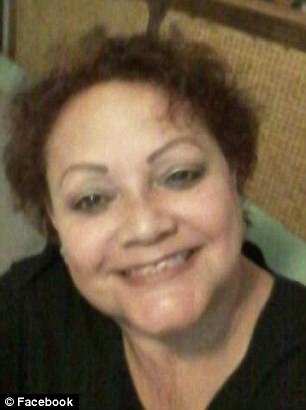 Fugitive: Vega (left) had been in hiding at his aunt’s house and was seen with Rosa Vega (right) in Winter Haven, Florida, two weeks ago 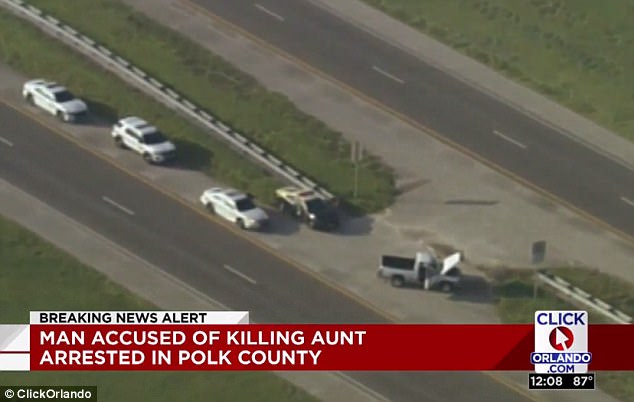 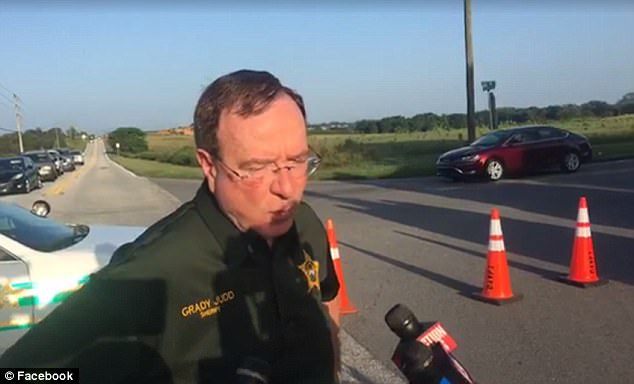 Holding nothing back: Polk County Sheriff Grady Judd slammed Pedro Jr as ‘evil in the flesh’ and vowed to send him back to prison for the rest of his days

Shortly before 9am, eight hours after the twin knife attacks outside Davenport, the highway patrol trooper found Vega Jr sitting in a 1999 white Dodge pickup truck, which he had allegedly stolen from his father, bleeding profusely by the side of State Road 429 in Osceola County, reported ClickOrlando.

Vega, who was taken to a hospital to be treated for his injuries, so far has been only charged with a probation violation, but additional counts related to the stabbings are pending.

The suspect has an extensive criminal record spanning 30 years, including a 1986 arrest for rape in New York, Sheriff Judd said. He also had served spent 13 years in prison for sexual battery in Florida.

In 2001, he escaped from a county jail but was recaptured.

‘He’s evil in the flesh,’ Judd told reporters prior to news of Vega’s capture, adding that if he survives, he would spend the rest of his life in prison. 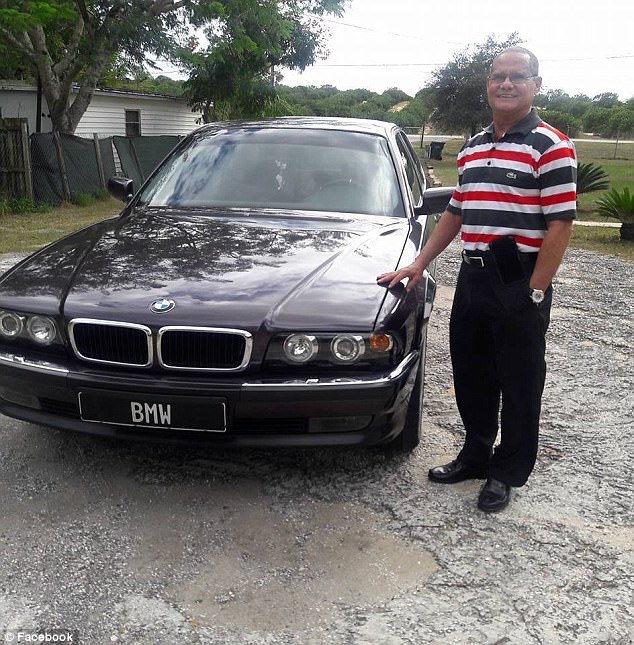 Pedro Vega Sr is expected to survive the knife attack, despite his numerous wounds 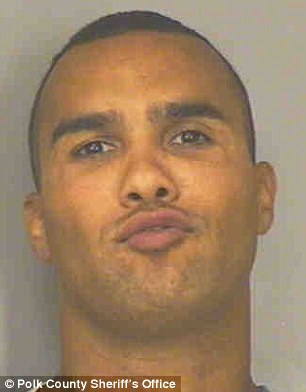 Life of crime: Vega (pictured in older mugshots) has a long criminal record spanning 30 years, including a 1986 arrest for rape in New York. He had served spent 13 years in prison for sexual battery in Florida

The sheriff said Vega had an outstanding warrant for his arrest on a charge of aggravated battery for allegedly beating and stabbing his 46-year-old ex-wife in May.

According to Judd, Vega had been in hiding at his aunt’s house and was seen with Rosa Vega in Winter Haven two weeks ago.

‘The person who loved him and protected him the most was his aunt,’ Judd said.