Flight risk! Florida man furiously fleeing police on a bicycle faceplants hard before getting tased by an officer pursuing him

A Florida man fleeing police on his bicycle thwarted his own escape with a spectacular faceplant before getting tased by an officer pursuing him.

A woman in a passing car began filming the ill-fated flight after noticing the suspect furiously pedaling down a street as a squad car trailed right behind him in Largo on Sunday afternoon.

She was commenting on the man’s fervent but futile efforts when he hit a steep curb and went flying over the front wheel of his getaway bike.

A suspect was caught on video fleeing police on his bike when he hit a steep curb flew over the front wheel, faceplanting hard into the grass in Largo, Florida, on Sunday afternoon 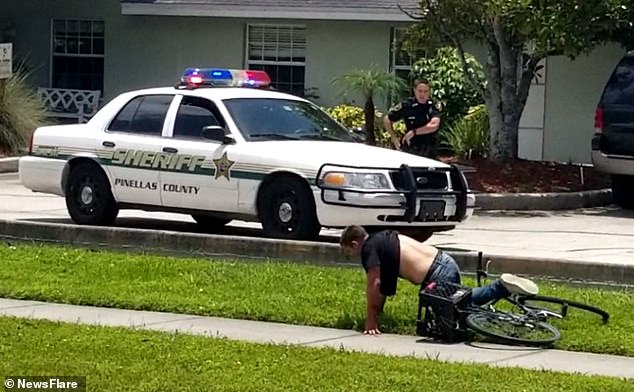 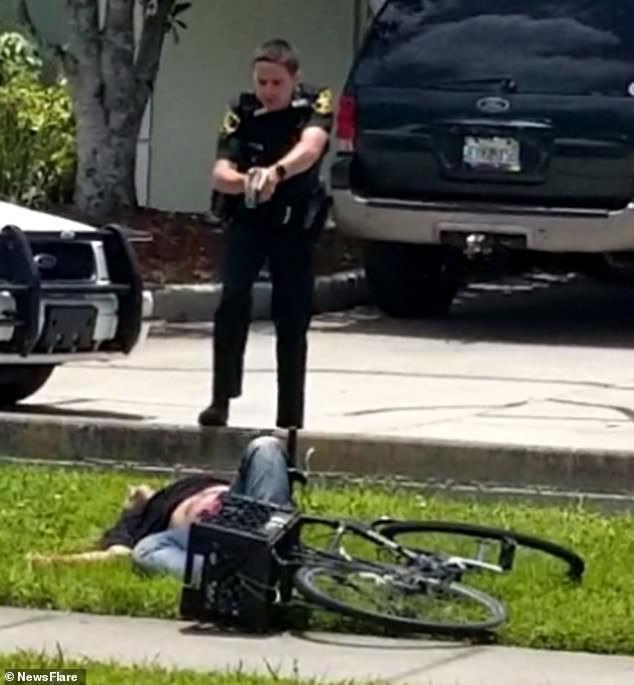 The woman can be heard cheering the man on before he goes down.

‘Go buddy go!’ she says as he faceplants.

The man appears to be trying to get up when the cop driving behind him jumps out of his cruiser and discharges his taser at him.

‘Get tased bro!’ a man behind the camera shouts.

The 40-second video ends with the officer approaching the subdued suspect as the woman filming keeps driving down the road.

It is unclear who the suspect was or why he was being pursued.

DailyMail.com has reached out to the Largo Police Department for comment. 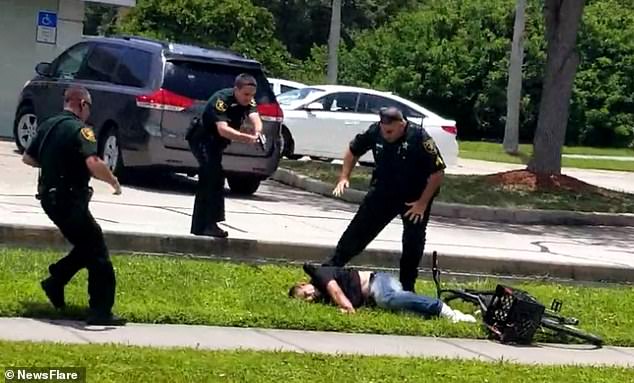 Two other officers ran up to detain the subdued suspect as he was lying on the ground. It is unclear who the suspect was or why he was being pursued