A Florida man has pleaded guilty to impersonating a member of Saudi Arabia’s royal family to orchestrate several fraud schemes involving the theft of millions of dollars.

Authorities say Gignac and others used the fake Saudi royal identity to persuade investors to put up millions of dollars for purported business opportunities that didn’t exist. 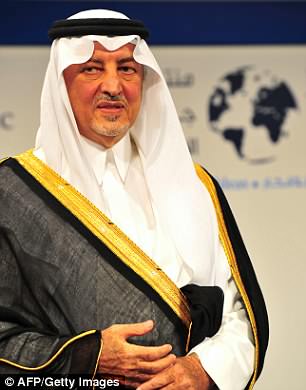 Anthony Gignac in 1991, left, and the real Sultan Bin Khalid al Saud he was impersonating

Gignac also attempted to use his false identity to buy a Miami hotel and had the nameplate ‘Sultan’ on his condominium’s front door.

He now faces more than 30 years in a less than regal federal prison cell.

In March 2017, Cignac presented himself as a member of the Saudi Royal family in an attempt to purchase a multi-million dollar hotel in Miami.

He stayed at the hotel using a credit card in the name of a member of the Saudi Royal family without that individual’s authorization, according to prosecutors. 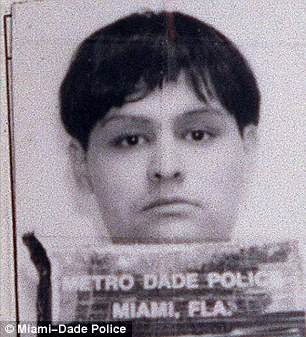 Cignac pictured in 1995. He presented himself as a member of the Saudi Royal family in an attempt to purchase a multi-million dollar hotel in Miami

When visiting the hotel, Cignac drove a Ferrari with diplomatic license plates.

Cignac was so deluded by his own scam that even flew from London last year to JFK in New York on a passport in the name of another person.

He falsely told others that he had diplomatic immunity and was required to check in with the U.S. Department of State every few hours.

Cignac ended up duping numerous people and was given gifts including expensive paintings and jewelry.

Prosecutors say that Cignac set up a phony investment company in 2015 that he used to process the financial investments that he managed to con people around the world. One person even invested $5 million.

A search warrant at Cignac’s residence in Miami revealed a number of fake diplomatic license plates, a fraudulent DSS Special Agent badge, unauthorized credit cards and financial documents in the name of a member of the Saudi royal family.

There was also ammunition, thousands of dollars in U.S. currency, jewelry as well as artwork.

‘Cignac and his co-conspirators falsely represented to potential financial investors that the defendant was a member of the Saudi royal family and had exclusive business opportunities for them to invest in, because of the defendant’s royal status,’ prosecutors explained. ‘One of the fraudulent investment schemes was purported to be a pre-initial private offering of a legitimate private Saudi Arabian business.’

Court documents from a 2008 case in Michigan showed Anthony Gignac first ran afoul of the law in 1991, when he passed himself off as a Saudi prince and defrauded a hotel and several other companies in that state of approximately $10,000.

By 1993, he was living a truly princely life as a guest at the Grand Bay Hotel in Coconut Grove, once a luxury base for Michael Jackson, Elizabeth Taylor, Sophia Loren and Prince.

Gignac used the identity of a California man to obtain credit cards.

Cignac pleaded guilty to impersonating a foreign diplomat or foreign government official, aggravated identity theft and conspiracy to commit wire fraud. He will be sentenced in August.